From Lost Dreams to Success: Interview with Jonathan Weizman, RoomChecking

An Interview with RoomChecking CEO Jonathan Weizman About His Professional Journey 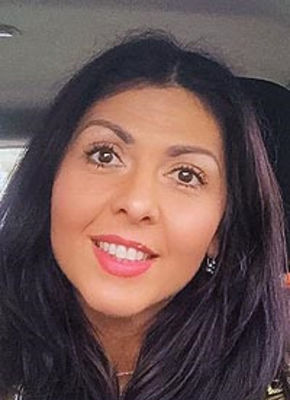 Jonathan Weizman is a fascinating innovator. He was part of the original tech boom before the dot-com crash and the lessons learned back then fueled his professional path from lost dreams in New York City, up to the return to France and co-founding RoomChecking, one of the very rare software solutions on the market for hotel maintenance and housekeeping – in fact, in many ways, a pioneering system that helps hotel staff work better not harder.

"I was a millionaire on paper at the time everyone believed the web will revolutionize the world," Weizman tells me with a nostalgic smile. Then he goes on talking about the odd financial machinations of the time when investors advised failed startups to wipe investments from their portfolio just to keep the investor's portfolio positive. Back then, he worked for a company that was a pioneer in GPS technology that had a good product.

"But when the industry crashed all investments stopped suddenly. So, the company I worked for did not sell. I left the company. I lost my dreams," Weizman recalls. This was a valuable lesson later on. The young entrepreneur left NYC and returned to France where the overall negative environment triggered by the failure of so many startups presented a career building challenge.

He then worked in investment banking, later as CTO for Dane-Elec, till the high-tech wave started over and he returned to innovating in web technologies.

"Being innovative is not a noun but a verb," Weizman says, describing his career path. "It is a continuous movement where you are in the dark, where you don't know if you're doing right. Many people talk about successes or failure, but few describe the journey. When you discover that the path you explore won't make it, after investing so much time, energy, money, and taking the decision to move forward with a new idea, you feel your soul crushing like the waves of a tsunami. It is hard to maintain a family life because you basically get married to your project. There is no other choice than to focus totally on the project. In this context, I lead a team of ten engineers to build My Ditto, a NAS you could access remotely with literally zero configuration. I filed 5 patents and was awarded patent rights. Then things went so fast: we were awarded CES Innovation Award in Las Vegas in 2010, then Best of Macworld in 2011. But the company I worked for did not understand marketing and sales strategy. When they finally agreed to invest in marketing, it was too late, and they failed. I don't blame them, but I felt frustrated."

This anecdote is one of the many Weizman has to share from his past. He finally decided to become his own boss, and, with RoomChecking, he has a successful product since 2013. RoomChecking was founded in 2013 as a project between Jonathan Weizman , Aaron Marz, and Emile Lugassy. The company is already a Microsoft Ventures Paris promising startup and has a dedicated customer base of 150+ hotels. Earlier in 2017, they got 750,000 EUR late seed-funding from Astotel Group, Maurice Hurand Hotels, and BPI. The road was not easy, but the lessons learned from the past helped develop a product which provides hotels the tools to improve guests' experience and deliver total customer satisfaction.

Microsoft Ventures helped the project a lot, Weizman says. "At Microsoft Ventures I was the only guy who pitched with a two-pages Word document! Some other participants told me they thought I was old school and laughed at me, but it looks like I made it. Microsoft Ventures gave me so much: support, training, access to top entrepreneurs, and networking." These are the things small startups need to succeed, the CEO of RoomChecking believes, although he is aware that the "B2B hospitality market suffers from being too small or too hard to penetrate."

"It is difficult to be honest because, as in every human interaction, when you fail you tend to blame the other parties involved," he told me relating RoomChecking's quest for funding. "We met with over 30 investors and the overall feeling was that they did not buy our vision."

Surprisingly though, the funding came from the people who needed RoomChecking the most: hotel groups looking to diversify and move into the technology space. "Investment came from existing clients who understood the value of RoomChecking because they were using it for a year or so," Weizman said, and this is the takeaway of the journey: when you look for investment to develop a valuable product, ask the people who need it the most for help.

Laura Kohlenberger is a freelance travel writer with a focus on hospitality and lifestyle. She is also writing marketing materials for hotels and restaurants, as well as articles about destinations and children's travel activities. Besides HospitalityNet, she also writes for Argophilia Travel News.