How Hoteliers Are Buckling Up To Coexist With Airbnb

By Alonso Franco, CEO and Co-founder of Arrivedo 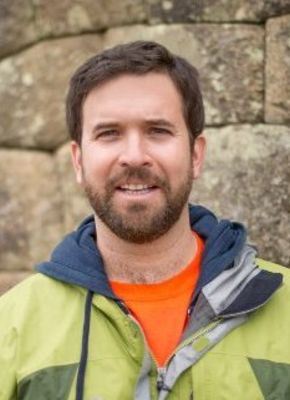 It's no secret that Airbnb has fallen on hard times as of late, regulatory speaking. And according to Swiss investment bank UBS, their global year-on-year growth rates have slowed because of it. In October 2016 Airbnb listings grew about 110 percent, but slowed to 36 percent in February this year.

But hoteliers, this doesn't mean Airbnb is going away. The company is technically still growing and increasing its inventory every day. So regardless of how regulation laws play out for the company or similar platforms, there will always be a millions rooms on the market for hotels to compete with. I've spoken with dozens of hoteliers about this over the past few months. Here's how many of them - despite feeling worried - are buckling up to co-exist with Airbnb.

Travelers have gotten a taste of Airbnb amenities, and there's no going back. They no longer seek traditional hotel accommodation, but want to experience life as a local - whether it mean having a host to ask about the best neighborhood bars, or staying in a place with some real city character. To appeal to these new-age travelers - and particularly experience-seeking millennials - hotels are making strides to think more like local hosts.

To start with, many hotels are re-thinking the traditional concierge. Instead of having a closed concierge booth, hotels are reconstructing them to be more approachable, and thinking of the concierge more as 'local friends' who can give guests the best insider recommendations to the neighbourhood. And just like Airbnb, hoteliers have began selling not just their amenities, but also the neighborhoods they preside in. For example Virgin Hotels offers a platform called Step Outside, in which guests can choose between different personality-types and interests to find the best things to do near their hotel.

To show more of their human touch, hotels can also consider showcasing local art, hiring local musicians to perform, or even a good ol' marketing campaign. Loews Hotels, which owns 24 luxury locations across the U.S. and Canada, launched a video this summe r showing families, friends, and images of the outdoors to stress the more human side of travel.

Some hoteliers are in bed with Airbnb

Many boutique hotels are using Airbnb to find guests. In fact according to Airbnb CEO Brian Chesky, 15,000 boutique hotels are now on the platform since allowing them last November. The hotels use Airbnb just like they use Expedia or similar sites. But while these typically charge a 10-25 percent fee per booking, Airbnb only charges 3 percent.

It's a pretty attractive deal for smaller hotels. And using Airbnb to book guests shouldn't necessarily be discouraged. Hotels are registered entities that pay taxes, and that's exactly what we want to see on the Airbnb platform.

Still, Airbnb has been known to cause a few problems for hoteliers. While each traditional hotel guest must leave their information at check-in, Airbnb guests who don't make the reservation might not register with the hotel. So hoteliers have no idea who's staying in the accommodation - which is an issue if any illegal activities take place within the room. But this situation can simply be rectified, by asking all guests to sign in for their key at reception.

Fight for equal taxes upon hotels and apartments

A private home at rent on Airbnb for $1700 a night - like this Miami Beach residence cited by Miami Herald - is indeed a business. Thousands of illegal competitors are popping up around the world, and hotels have long been joining forces to counter the long-term apartment rentals.

The American Hotel and Lodging Association - made up of Marriott International, Hilton Worldwide and Hyatt Hotels - began their plan to hinder Airbnb back in early 2016. According to documents obtained by The New York Times, the association described how they planned to control Airbnb going forward. Later, they called it a "multi-pronged, national campaign approach at the local, state and federal level."

Indeed it was. In summer 2016, the Federal Trade Commission underwent an investigation into how companies like Airbnb affect high housing costs. And in October, New York Governor Andrew Cuomo signed a bill that would allow hosts to be fined for breaking regulations. To no surprise, the American Hotel and Lodging Association called both events 'notable accomplishments.'

Like it or not, Airbnb is here to stay. And as the platform continues to grow - Airbnb's bookings reached 52 million in 2016, more than doubling bookings in 2015 - hotels should learn to co-exist, and offer services to attract these new-age travelers. It might be a hard pill to swallow, but it's a necessary step.

Are you making efforts to adjust to Airbnb? Let us know how in the comments below.

Alonso Franco is the CEO and Co-founder of Arrivedo, the first online platform for hotel recommendations that gives a voice to hoteliers. In 2009 he co-founded award-winning Pariwana Hostels with locations in Lima and Cusco. In Pariwana Hostels he led a team to develop a proprietary software for the management and operations of his hotels.

Arrivedo, the first online platform with curated content of things to do around hotels, enables high profile hotels, such as Kimpton Hotels, Virgin Hotel in Chicago, WestHouse in New York (just three out of the 850 hotels working with Arrivedo), to organize their own Neighborhood Guide. Hotels can now compete with Airbnb to drive more traveler satisfaction and to attract travelers searching for accommodations with a local experience. Arrivedo is giving a voice to hotels as local hosts for a delightful welcome to guests.

Hotels interested in using Arrivedo or want more information, they can contact [email protected] or go to Arrivedo.com to schedule a call with the Arrivedo Team.