In hotel valuation, being different helps … 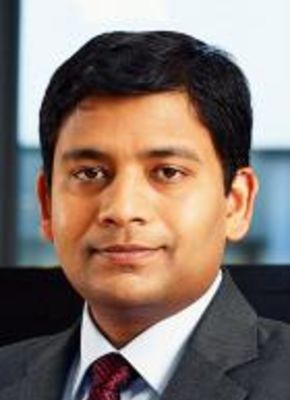 'Cookie-cutter' hotels are easy to build and operate profitably, but properties with unusual features often attract a premium on resale. For example, the Chinese insurance firm Anbang set a record when it purchased New York's Waldorf-Astoria Hotel from Hilton in 2014. Most hotels cannot match the Waldorf in value, but a new study finds that having distinctive attributes helps with hotel values for upscale properties, like the Waldorf. On the other hand, cookie-cutter similarity may actually enhance the value of midscale and discount properties. The study, conducted by Ecole hôtelière de Lausanne professor Prashant Das and his co-researchers, considered the sale prices of nearly 4,800 hotels in the United States to determine how the hotels' attributes influence sale prices.

"We started our study by noting that investors often pay a premium for hotels with extreme or unusual attributes, such as the oldest or largest property in a market," Das explained. "But then we observed that extreme attributes do not improve the value of hotels in the budget or discount segment. We wanted to examine that dichotomy." Das worked with Patrick Smith of San Diego State University and Paul Gallimore of the University of Reading.

They noted that the "Veblen effect," commonly called conspicuous consumption, may be one reason that purchasers are willing to pay more for exceptional properties. Named after 19th century sociologist Thorstein Veblen, this effect occurs when buyers want to show off their purchases or possessions as an indication of their status. The Waldorf's status as a well-known hotel in a major city fits that theory. At the other end of the price scale, however, owners and purchasers of discount properties are not trying to signal status, although they also are seeking value.

Unsurprisingly, the analysis found a general increase in prices for upper-scale hotels compared with economy and budget properties. However, the analysis also found that hotel brand generally was not a significant pricing factor. The researchers suggest that this outcome reflects the way a hotel's brand is integrated with other property aspects, making it difficult to discern the effect of brand on valuation (although brand clearly counts). Also not significant was the operational model for a property, that is, whether it was owned, operated, and branded by the same firm, or whether the brand, operator, and owner were different firms. Additionally, merely being in a metropolitan area had no noticeable effect on property value.

Instead, the analysis found that extreme asset attributes had the greatest significant effect on sale valuation – but only for premium-level properties. The biggest, tallest, and oldest premium properties stood out, although the specific effects of each of those attributes are complicated. Moreover, none of those attributes increased the value of budget properties. An additional consideration is the effect of adjacent properties' attributes on a particular hotel.

The researchers found that being the largest hotel in a particular market actually did not add to a property's value, as that factor alone did not carry sufficient status. However, the hotel did gain in value when it was not only the largest hotel locally but was known nationally as an established landmark. In that case, the hotel's national size status more than offset negative aspects of the local size effect.

A hotel's height also had mixed effects on value, depending on whether the hotel was in an upscale bracket or was a discount property. For premium hotels, extra height enhanced value, but that was not the case for discount properties.

The researchers found a similar dichotomy when they examined the effect of age on value. The oldest hotels in the study had been in operation for at least 112 years. Classic premium hotels of this type are generally well regarded and "may offer a history and strong vintage effect," the researchers suggest. Once again, however, this does not apply to discount hotels, where an old hotel is viewed simply as old. However, if a discount property is located near a classic premium property, its value may be supported somewhat by its association with a "historic location."

In summary, Das and his co-researchers conclude that pricing models should incorporate the extreme asset characteristics that they tested, since it appears that investors do respond to those factors.

The authors would like to acknowledge the generous support for their study from STR Global in terms of data and particularly wish to thank Steve Hood and Duane Vinson.

At EHL, he developed and teaches courses in real estate finance, valuation and investment. Prashant has delivered masters’, executive and undergraduate level courses in Switzerland, the United States, China, India and Romania. Earlier, he served on managerial and engineering roles with several firms/organizations including HCL Infosystems Ltd.