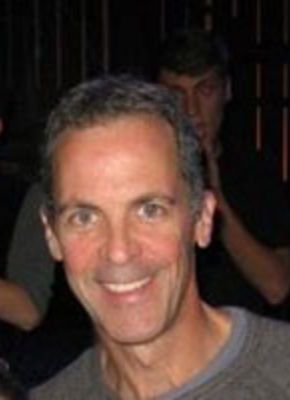 Behind the names — Butch, Mr. Stewart, The Boss — is the Sandals® Resorts visionary who has transformed the all-inclusive resort experience and the Caribbean itself for good.

You do not understand beachcombing until you've met Damon or one of his colleagues. Damon is the young man who arrived at 5:30 this morning to rake the beach at the Sandals Resort in Whitehouse, Jamaica. Back and forth he goes, the movements of his rake falling into rhythm with the shushing of the sea. In two hours, resort guests will walk — not one of them will tiptoe — all over the fresh pattern. Tomorrow, Damon will start all over again.

The symbolism is too deep for Damon or the guests, but it's right here. Because as he makes perfect lines in the sand, he's also blurring others. His boss would say that Damon, with all the sweat on his brow and calluses on his hands, is literally working at the lap of luxury.

"My idea of luxury," says "The Boss," Sandals Founder and Chairman Gordon "Butch" Stewart, "is being by the sea."

If that's the definition of luxury, then few people know its meaning the way Mr. Stewart does. Growing up in Jamaica, he swam in it, fished in it, worked next to it, and breathed in its tranquil effects. As a budding hotel entrepreneur wanting to write a new script for the all-inclusive resort experience, he recognized the luxury of the sea as his most important asset — and, not just any sea…this sea. His resorts would be more than all-inclusive. They would be 5-Star Luxury Included®. They would be Caribbean inspired. And, they would change hospitality for decades to come.

Before the young Butch had his first hotel in Montego Bay, he already had the Blue Mountains and white sands. He also had more than six generations of Jamaican ancestry feeding his three passions: family, the island, and the sea. To this day, he will tell you that when he went off to school in England as a teenager, he could not wait to get back to the Caribbean. Even his son, Adam, who is Deputy Chairman of Sandals Resorts International, says the exact same thing about his time at school in Boca Raton, Florida.

So, when international hoteliers picked up and abandoned Jamaica during tough economic times in the late 1970s and early 80s, Mr. Stewart stayed. He had a wild vision for a resort. It could be boiled down to two words: Be different. He traveled the Caribbean and abroad, taking note of what he liked — the all-inclusive concept, hair dryers in rooms, and beaches. Most important of all, he knew what could be better. Much better.

All-inclusive resorts had been, and many still are, synonymous with mass consumption. Line up at the buffet, wake up at 6 a.m. to claim a chair at the pool, drink cheap alcohol. Those resorts share the following business model: Offer unlimited quantity, invest in minimal service, and charge as much money as possible.

"He looked at it like no one else had ever looked at it," says Eleanor Miller, Sandals Director of Standards. "He'll see what others are doing and do the opposite."

From the beginning, Mr. Stewart has seen Sandals as its own measure of excellence. Instead of comparing, you create. Status quo is never an option. Neither is the word "can't."

"He never stops dreaming," says Managing Director Merrick Fray, who has been with Sandals since the first resort opened. "The best thing for people around him to do is to be dream catchers."

Mr. Stewart often tells his designers and directors to do what has never been done. Sandals has so many all-inclusive "firsts" that it spawned the Luxury Included® Vacation. The first with whirlpools and fitness centers. The first to offer private cabanas and room service and loungers for two. The first with swim-up bars and candlelight dinners on the beach. The first to have Rondoval suites, swim-up suites and — long thought to be unachievable in the Caribbean — Over-the-Water Bungalows and Villas.

"He wants guests to be immersed in the environment he loves so much," says Director of Design Sarah Hartman. "As long as a concept doesn't impact the environment, then there's no such thing as impossible."

First-time guests still ask how much a dive excursion costs, especially at the sight of professional instructors and custom Newton dive boats. It's how Mr. Stewart would go diving in his beloved sea. "Include it," he says.

Guests are also surprised to see premium liquor in every suite. This is more than he would expect in a luxury resort, which makes it a perfect fit for his vision for Sandals.

Then, there's the matter of food. The Stewarts would hear about hotels serving up trays of tropical fruit and calling it "authentic Caribbean." But the family's Jamaican genealogy goes back to the island's original melting pot of French, Asian and British influences. So, Stewart decided to recruit chefs from around the world to create the types of dishes he'd find at five-star specialty restaurants in those cuisine-centric regions.

"He never stops venturing outside the box," says Adam. In this Luxury Included® world, fresh sushi, homemade pasta and authentic Caribbean — from jerk chicken to red snapper with mango salsa — all truly belong.

Gourmet food. Jaw-dropping suites. Amazing pools. It's the Luxury Included® script. Of course, none of this would work without a catalyst to make it all go — the same attribute that made Butch Stewart a well-known figure in Jamaica, long before the first Sandals opened.

Go into a home in Jamaica and, unless you're from the island, there's a vibe you don't quite expect. It's called "hospitality." Not the kind of hospitality that compels you to set the table for dinner guests. This kind is palpable, yet hard to explain. It's…well, did you ever wonder why "Welcome home" are always the very first words you hear when arriving at a Sandals or Beaches® Resort?

"We don't turn it on and turn it off," says Adam Stewart. "It's who we are as Jamaicans. We mean it when we say, 'You are family.'"

If the Caribbean Sea is luxury's lap, then a culture of service is its hands and feet. It is exactly what Butch Stewart credits for the success of his first business in air conditioning. "We would turn somersaults to make people happy," he says.

That comment could be added to the written reminders that fill the staff areas behind the scenes at his resorts. On the walls of the cafeterias are pictures of Stewart and personal reminders like: "Smile. It's the first thing people notice about you."

The motto displayed and spoken the most is: "Always exceed the expectations of the guest."

It isn't so much a motto as it is the driving force behind all the innovations and the service. Mr. Stewart is so serious about perfecting the guest experience that each team member — landscapers, shuttle drivers, managers, everyone —is educated on customer service. Sandals is the only Caribbean resort where butlers are required to complete two months of training and are certified by the Guild of Professional English Butlers. The Stewarts even launched Sandals Corporate University to elevate the island hospitality to an otherwise unreachable level.

Another Stewart-ism: Hire the personality. Train the skill.

"He wants each person to be the best he or she can be," says Wayne Cummings, Group Commercial Director for Sandals. "It's unusual to make that kind of investment. But he knows it's the right thing to do for business and for people in the communities."

Perhaps his most revolutionary idea of all is simply this: a sense that when you give someone from the Caribbean an opportunity and a catalogue-perfect uniform, they will always exceed the expectations of every guest.

"It matters in the guest experience that Mr. Stewart cares about employees, children, guests, the community, his family," says one manager. "I think it's a big reason he's been able to do things that have never been done — in the hotels and beyond the hotels."

Mention the name Butch Stewart to a farmer in the hills of Whitehouse. Watch a Sandals van pull up to a schoolyard in St. Lucia. Follow a Sandals Foundation ambassador into a hospital in Antigua. Meet a fisherman in a small Jamaican fishing village. And, all of these people — thousands of people — around the Caribbean will say: "When Butch Stewart built Sandals, he changed lives for the better. It makes us want to do the same thing."

No wonder the man skimming the pool before sunrise is quietly singing, or that the guy raking the gorgeous beach is treating it as if readying his hair for a school picture. They're in the most comfortable lap on earth. This is the sea. This is luxury. Yes, this is home.