As the coronavirus continues to spread, many hoteliers are wondering how to adjust their revenue strategy. Carter Wilson, senior vice president of consulting and analytics at STR, presented data from the 2009-2010 recession to illustrate the implications of dropping prices versus holding steady during low-demand periods as part of a program in HSMAI's Confronting Coronavirus webinar series called "Pricing Psychology in Challenging Times" on March 10. 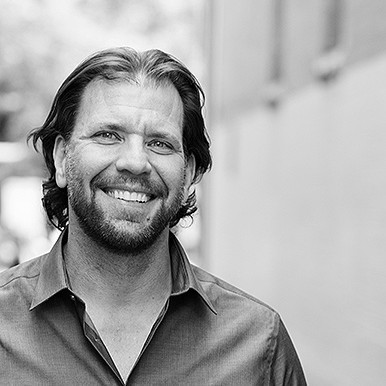 1. There are no winners in a price war. STR analyzed daily data from Chicago-area hotels from 2008-2010, which Wilson said was representative of patterns throughout the country at that time. Demand began to fall in September 2008, and after U.S. ADR plummeted more than 10 percent in 2009, no major markets were immune to major revenue loss. "There are no winners here," Wilson said.

STR wanted to see if it was the case that once one hotel dropped its rate, the rest would follow. They found that on average in a comp set of four, after a first hotel reduced its rate, the second dropped its rate 26 days later, and it only took 130 days for the last hotel in the set to drop rates. The first hotels to slash rates lost more revenue, but the last hotels to do so sustained double the occupancy loss as the first. "It's a pick-your-poison situation," Wilson said.

2. Tiers and geography make a difference. Economy and midscale comp sets had a longer time between when the first hotel dropped its prices and the following hotels dropped, suggesting that these hotel tiers don't follow each other as closely. Upper upscale and luxury hotels had an average of just 100 days between the first hotel dropping and the fourth hotel, which suggests that they are following each other closely.

Another factor was geography: The closer to downtown hotels were, the shorter the timing gap. Hotels in the suburbs had a lower gap than hotels located in the central business district of a city.

3. Holding the line is good for business. Most hotels dropped their rates by at least 10 percent, but there were exceptions, Wilson said. The hotels that tried to hold their rate steady — within 10 percent of normal — did lose occupancy, but they had a less significant RevPAR loss overall. Even though it's difficult to hold rates steady when competitors drop, properties that didn't slash rates had less severe profit declines.

4. No two situations are exactly the same. All hotels lost significant RevPAR in 2009 — between 20 and 25 percent — and it took an average of nearly five years to grow back. With the coronavirus, the hospitality industry still doesn't know what the full impact will be — if it will take a long time to recover, or if it will be similar to outbreaks like Ebola and SARS, where the recovery was brief and rates bounced back within six months.

"Every property behaves differently and has different impact to the bottom line," Wilson said. "It's meaningful to learn from the past and create a stress test to prepare for the next downturn and what will happen to your bottom line."

The Hospitality Sales & Marketing Association International (HSMAI) is committed to growing business for hotels and their partners. As the industry's leading advocate for intelligent, sustainable hotel revenue growth, HSMAI provides hospitality professionals and their partners with tools, insights, and expertise to fuel sales, inspire marketing, and optimize revenue through programs such as the Revenue Optimization Conference, Digital Marketing Strategy Conference, and Adrian Awards. We offer organizational and individual membership across three regions — the Americas, Asia Pacific, and Europe, plus a chapter in the UAE — encompassing more than 7,000 members worldwide. Each region has geographic chapters and offers signature programs and services for members.