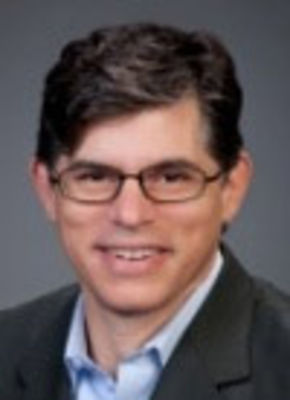 Just when you thought that nothing else could be written about CEO pay, the financial crisis brought it back to the forefront. Shareholders and legislators screamed about pay-for-performance like never before. Congress even passed a new bill that gives shareholders a right to vote on executive pay. Hotel CEOs have not been the poster child of excessive pay but there are plenty of reasons why they should examine our yearly analysis. We know that shareholders and media pundits will be reading it very carefully. In its 16th annual CEO survey HVS Executive Search included thirty companies, down one from last year. With private equity and hedge funds looking for bargains, we suspect that this trend will continue.

We know one CEO who won't have to worry about shareholder discontent, Jeff Boyd of Priceline. Boyd is our top performing CEO in this year's study, and was underpaid by nearly 85% according to the analysis. Other top performers include Paul Schulte of Supertel, Monty Bennett at Ashford, John Emery at Great Wolf and Stephanie & Peter Sonnabend of Sonesta (see table below). Interestingly, Schulte and Emery departed their respective companies despite their high pay-for-performance scores. The performance rating was based on how well a company's stock price and EBITDA grew over a three year period in relation to the size of the company and the CEO's paycheck.

In terms of a pure stock play, Priceline was the best investment nearly tripling in value over the survey period. Only four other companies had positive stock returns, Loews, Vail, Disney and DiamondRock. Jonathan Tisch of Loews and Bill McCarten of DiamondRock have been former winners of our top performing CEO survey. Bluegreen was still the worst investment over the survey period, as it was last year.

Note: The table has been organized by Total Compensation.
* No Longer CEO
**Interim CEO
*** Office of CEO Loews Corp.

Looking Over Their Shoulder

The CEOs with the most concern were heavily invested in hotel real estate and carried significant sums of debt. David Cole is no longer running Maui Land and Peter Cyrus was only pinch-hitting at Lodgian. Smith at Felcor, Geller at Strategic and Mahoney of Bluegreen have an uphill battle to bring back their stock price and shareholder confidence. We believe that as the real estate market recovers, so will the fortunes of these and other real estate intensive companies.

The largest CEO salaries were all at large cap companies. Bob Iger at Disney led the group with a salary of $2 million. Two new players were added to this year's list, with Fritz van Paasschen at Starwood and Steve Joyce at Choice joining their respective companies. The average base salary for the group was $732,000, up marginally from $721,000 a year ago. We anticipate that salaries will remain flat until the economy picks up in earnest.

Average bonuses were down 25% from a year ago, dropping from $1.2 million to $884,000. We are not surprised by the drop but we thought a larger drop would have occurred. We foresee an even steeper decline in bonus payouts for next year as operating metrics continue to deteriorate. Interestingly, the median bonus was approximately $287,000, half as much as last year's $570,000. The average was clearly affected by the top five bonus payouts. The largest bonus went to Iger at almost $13 million, while other million dollar bonuses went to Tisch, Boyd, van Paasschen and Richard Fain of Royal Caribbean. We also noted that one-third, or ten CEOs received no bonus at all.

The category of "Other Compensation" has usually not had much to speak about, but that is changing. The SEC wants more transparency regarding benefits, perks, and non-traditional sources of compensation. Tisch and Joyce received other compensation that totaled nearly $2 million. In Tisch's case he has duties that extend beyond Loews Hotels and Joyce, who relocated from Marriott to Choice leaving compensation on the table.

Stock plans for the peer group ranged in size and scope, with stock options and restricted stock being the incentives of choice for most companies. Five CEOs received no long-term incentive award, with the average award topping $2 million. The average was almost identical to last year, illustrating that most long-term plans are programmed over a period of time and are less affected by the economy. The largest stock awards went to CEOs at large cap companies led by Iger at $13 million. Other multi-million dollar grants were given to Marriott, Arison, Boyd and Fain. We predict that with all the screaming about long-term pay, there will be little change in next year's survey.

The richest CEOs are generally the same as last year's, with Arison's net worth at nearly $4.5 billion. The other billionaire is Marriott weighing in at $1.2 billion. Tisch, Ratner and Iger round out the list of the hospitality industry's richest CEOs.

One of the primary functions of our pay-for-performance model is to determine whether a CEO earned his or her pay. The HVS Value Index can help shareholders evaluate a CEO's performance as they vote on pay. An HVS Value Index of 100 means that a CEO got paid exactly what they deserved relative to their peers. We noted that the five most highly compensated CEOs, Iger, Marriott, Arison, Boyd and Fain all had HVS Indexes over 100, proving that they earned their pay. That clearly can't be said for everyone in the industry.

Keith Kefgen is Chief Executive Officer of HVS Executive Search, the human resource consulting practice of HVS. Keith has more than 20 years of experience in the field of hospitality executive search. He is a frequent lecturer on industry related issues and has written more than 100 articles on the topics of executive selection, pay-for-performance, corporate governance and executive leadership.