Hotel Technology Innovations That Will Drive Business In 2016 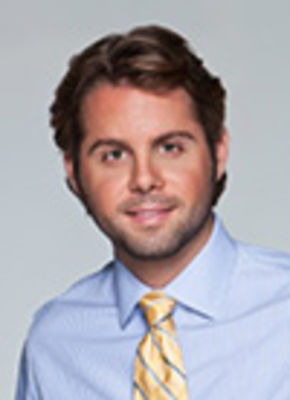 Hotel technology presents seemingly endless possibilities, but hoteliers shouldn't invest in technology for technology's sake. As 2015 starts to wind down, smart hoteliers should start planning how they're going to make a splash next year, and evaluate new tech that will help get guests through their doors to drive sales.

Below are three cutting-edge technologies that will help hotel drive more business in 2016.

In the past several years, hotel smartphone apps have become industry standard; however, forwarding-thinking hotels are taking apps one step further by giving guests the ability to control their rooms with their smartphones.

While smart controls have been steadily growing in popularity, they're now going mainstream, with big-name hotel chains such as Starwood, Hilton, and Marriott allowing guests to use their smartphones to access hotels rooms and hotel services. At all three chains, guests can use their smartphones as room keys, unlocking room doors and guest-only areas such as fitness rooms and pools.

Other hotels, such as Virgin Hotel in Chicago, enable guests to use their smartphones to control room temperatures, adjust room lighting, and change the channels on their televisions.

Hotels could take smart controls further, allowing guests to personalize their rooms in advance. Via the hotel's app, an upcoming guest could pre-set their room temperature and lighting preferences, and even select what they would like to have available in their mini bar.

Creating tech-enabled, personalized hotel stays will become increasingly important as America's 80 million millennials beat out the baby boomers as the generation spending the most on travel, something that's predicted to happen within the next five to 10 years. By 2017, millennials are expected to be spending $200 billion a year.

Members of the millennial generation — those born in the 1980s and 1990s — are known to be tech-driven and partial to personalized experiences. In fact, 85 percent of millennials own a smartphone, which means smart controls are a great way to capture millennial attention. Soon enough, millennial travelers will grow to expect a tech-enabled hotel stay.

Since beacons hit the market two years ago, retailers have been quick to put the technology to use, sending promotional messages to shoppers and tracking consumers' habits with the two-way BlueTooth devices.

In fact, Business Insider's BI Intelligence service predicted that beacons would drive more than $4 billion worth of retail sales in the United States this year, with that amount increasing to $40 billion in 2016. Beacons have been put in place by major retailers, including Walmart, Target and Macy's, and even by individual brands, such as Hillshire, within retail locations.

Hoteliers have been slower to adopt beacon technology, but with their success in other industries, including retail, restaurants, airports and museums, beacons are being hailed as the next big thing in hotel technology. With that, hotels are beginning to experiment to see how the technology can increase their business.

As the technology allows for two-way communication between small electronic beacons placed around a hotel property and guests' smartphones, beacons can be used to encourage guests to use hotel services with promotions sent straight to their smartphones.

Marriott experimented with this year at 14 locations. At those locations, guests using the app were treated to promotions for spa services and restaurant discounts when standing near beacons in those locations. Starwood Hotels piloted beacons at 30 locations, using them to streamline the check-in process, allowing the concierge to greet guests by name and notify housekeeping when guests were not in their rooms.

In addition to the avenues already being explored, beacons offer countless other possibilities for hoteliers.

Because beacons work where GPS cannot, they can help guests navigate their way through a hotel. Guests entering their rooms could receive notifications on room service or on how to use different room features.

Beacons also can provide hotels with valuable information on their guests' habits, providing data on where in the hotel guests are spending the most time and when they're using those locations.

The virtual reality market is set to explode in 2016.

With the low-cost Google Cardboard, which turns any smartphone into a virtual reality headset, hotels can use virtual reality experiences to market directly to customers. Companies, from tour planners to universities, have sent branded Cardboard headsets to potential customers with directions for taking their virtual reality tours.

Hotels are using virtual reality for more than just marketing.

Marriott has taken its virtual reality tours further, announcing in September that it would pilot "VRoom Service" at New York and London locations. With the service, hotel guests can have virtual reality headsets sent to their and view three "VR Postcards." The postcards allow guests to virtually follow three different travelers in Chile, Rwanda, and Beijing.

In the future, hotels could offer "virtual concierge" services that allow guests to tour neighborhoods and local attractions from the comfort of their rooms. Conference rooms equipped with virtual reality could be an assets for meeting planners who wish to use virtual reality presentations as part of their events.

While some hotel technology is more gimmicky than valuable—think the robot-staffed hotel that opened recently in Japan—there are valuable technologies you can invest in in 2016 to drive your business.

The key is to focus on technology investments that make hotel visits easier and more personal for guests, from providing them with virtual reality previews to simplifying their stays via their smartphones.

Abi Mandelbaum is the CEO and cofounder of YouVisit—the global leader in creating virtual reality experiences and virtual tours for hotels. Abi is a Wharton MBA grad who has worked with leading hotel chains to help them implement digitally-based marketing solutions for many years. He has contributed to Huffington Post, Lodging, HOTELS, and many other publications.