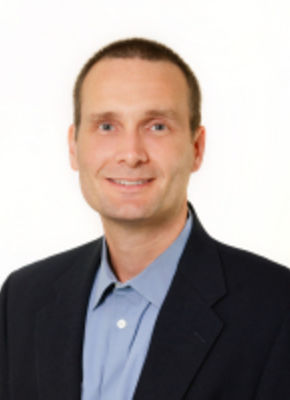 It's a smart play, for two key reasons. Firstly, this market loves air travel. Nearly 80% of Hispanics take at least one vacation a year; nearly 20% take at least three vacations a year. About one-third of that travel is to international destinations, of which 90% are Spanish-speaking regions such as Mexico, Central and South America, and the Caribbean. When Hispanics travel domestically, they fly about half the time.

Secondly, Hispanics lead the country in adoption of new digital devices, and are widely considered "power users" of mobile devices. Nearly half of Hispanic smartphone owners are "mobile-dominant"—meaning they prefer accessing online content and services via smartphones over PCs. This is much higher than the non-Hispanic average of 38%.

JetBlue has certainly seen a surge in traffic and revenue since it deployed its Spanish-language mobile site last July.

Six weeks after deployment, JetBlue's Spanish website traffic grew by 80%—on both mobile and desktop platforms. Traffic has remained high ever since; the number of Spanish-speaking customers buying tickets and services via the mobile site grows each month.

Perhaps most compelling, nearly half of JetBlue's Spanish-speaking customers are now visiting the airline's site via their mobile devices. That's a higher ratio than customers visiting JetBlue's English sites.

The mobile site complements JetBlue's larger initiative to serve U.S. markets with significant Hispanic populations, where it's common to fly to Spanish-speaking countries. JetBlue recently expanded its international flights, and now serves destinations in Costa Rica, Peru, and several cities in Colombia. The airline also increased its flights to Puerto Rico and Mexico. Next February, it will debut service to Ecuador.

Airlines are wise to serve this market. With a current buying power of $1.5 trillion—and on track to hit $2 trillion by 2020—the U.S. Hispanic market is increasingly affluent and influential. Many Hispanics prefer to speak and shop in Spanish; it's a smart play to serve them in their language of choice.

Hispanic spending on smartphones will continue to thrive. The market already over-indexes for key mobile behaviors. Hispanics' cellular data usage is 16% higher than the U.S. average. Hispanics are also 1.5 times more likely to buy digital media than non-Hispanics, and quickly embrace mobile payment platforms. (Nearly 25% have used a mobile device to pay for an in-store transaction. The U.S. average is 13%.)

Based on consumer trends and our exclusive insights, I believe JetBlue's focus on mobile exemplifies a positive, customer-centric (and revenue-boosting) approach to serving an emerging market—using that market's preferred language and channels.

Indeed, airlines that already operate localized Spanish desktop sites are especially primed to engage with Hispanics via mobile. Based on our extensive experience launching Spanish mobile sites, it's quite affordable to re-use existing translated content for mobile experiences.

The takeaway is clear: One of the smartest, and most cost-effective, ways airlines can connect with U.S. Hispanics is via Spanish-language mobile sites. As we've seen with JetBlue, the results speak for themselves.

Charles Whiteman is senior vice president of client services at MotionPoint Corporation, the world's #1 enterprise localization platform. He may be reached at [email protected]