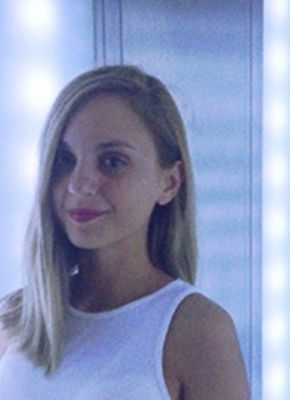 Evros Prefecture is located in the north-eastern part of Greece in the natural boundary of the country with Bulgaria to the north and Turkey to the east. To the West it borders with the prefecture of Rodopi, access to which is possible via the Egnatia Odos Highway and to the south it lies on the coast of the Thracian Sea (part of the North Aegean Sea). Over the last decade, the tourism sector has recorded significant development while several investments related to the hotel industry have materialized in the area.

Alexandroupolis is the capital of the Evros Prefecture with a population of about 58,000 inhabitants (2011 census) and one of the newest cities in Greece as the modern city was founded in the middle of the 19th century featuring a sophisticated street plan. The city, although located close to the borders, is considered one of the most vivid places in northern Greece as it has strong economic activity and increased traffic due to its modern infrastructure and its proximity to the two neighboring countries of Bulgaria and Turkey.

With its strategic position, at crossroads of sea and land routes, Alexandroupolis connects Europe and Asia and is the first Greek city to be encountered when crossing the Turkish and the Bulgarian borders.

Since the 1990s large investments materialized in the region by the Greek government together with the European Union, aimed at making the region more accessible and attractive to businesses and tourists, including improvements in infrastructure and transport by road, rail, air, and sea. Unfortunately, much of these efforts have recently been negated by the Greek economic crisis which has hit the region hard, particularly with the closure of international rail connections via Bulgaria and Turkey, and the cancellation of ferry services to islands.

However, it is still considered to be one of the most important national transportation hubs as it is accessible by all means of transport. The city's notable infrastructure consists of its modern international port which current authorities try to improve in order to accept bigger volumes of commercial and tourist ships, the Egnatia Odos Highway, and the railway that links Alexandroupolis to all other major Greek cities to the west. All of the above turn the city into a commercial hub and create the right conditions for further development in the future.

Daily bus routes connect Alexandroupolis with the cities of Komotini, Xanthi, Kavala, Thessaloniki, Athens, and other areas within the prefecture of Evros. In addition, rail routes connect the city with Thessaloniki, passing from Komotini, Xanthi, Drama, Serres, and Kilkis. There is also an international airport located seven kilometers from the city center which handles daily flights to and from Athens and weekly flights to and from Crete and Lesvos. During the summer there have been efforts to add seasonal flights to and from Germany and Russia. The harbor is mainly used for commercial purposes (passenger traffic is limited to some connections with the islands of the northern Aegean and the island of Samothrace just south of the city.

Alexandroupolis is a rather small but charming place with interesting sights to visit inside the city, plenty of beaches located at a short distance, and many regions of outstanding natural beauty. The main attractions of the prefecture and the city in particular are described below:

Apart from the attractions of Alexandroupolis, which are mainly visited by leisure travelers, special note should be made to the commercial activity of the city, as a very large traffic volume stems from business activities.

The city also boasts a strong trading activity with shops and businesses that cover all sectors of the production chain. It has well-developed transport and logistics sector due to its strategic position and the existence of many relevant infrastructures. In particular, the port of Alexandroupolis is among the busiest in northern Greece and the planned connection to the railway line in the near future creates even more prospects for the city. Some of the most important industrial enterprises of Alexandroupolis region are the "Flourmills Thrakis", "Yfantis"(food industry), and "Akritas" (wood processing industry).

Alexandroupolis hosts four departments of the Democritus University of Thrace with about 5,000 students. More specifically, the Medicine Department is located in one of the largest and most contemporary hospitals in the Balkans. The most noteworthy sports facilities of the city are the municipal stadium, the indoor city gym, and since 2013 the new swimming stadium featuring modern facilities designed according to international standards, with 1,000 seats, two swimming pools, saunas, and fitness equipment. After the new aquatic facility was completed, the city received a lot of attention from athletic event organizers and became one of the top choices for hosting major swimming events. It is also notable that the volleyball team of Alexandroupolis is among the best on a national level. Because of its location in the prefecture Evros there is a strong presence of military bases with the city of Alexandroupolis hosting two camps and many military services.

The airport serves mostly domestic flights due to its distant location from other major Greek cities. Domestic arrivals have decreased from 2010 onwards due to the contraction of domestic tourism stemming from the consequences of the economic crisis. More specifically, during the last 11 years, domestic arrivals cumulatively decreased by 34.8% at a compound annual growth of 4.5%, while international arrivals cumulatively grew by 66.4% at a compound annual growth rate of 11.5%. Although international arrivals had significant growth, they only constitute 3.7% of total arrivals.

Arrivals at Alexandroupolis port have witnessed significant decrease from 2009 onwards which can be mainly attributed to the shrinkage of domestic disposable income as the port mainly serves domestic arrivals. In 2013 it was the first time after three consecutive years of deceleration that positive results were recorded but growth remained low. In 2014 arrivals increased by 4.3% while 2015 ended with negative results as there was a slight drop of 1.9%.

The city of Alexandroupolis is directly accessible by land both via the Egnatia Odos, which is the national highway that connects Alexandroupolis with other Greek cities but also through the Turkish border point "Kipoi" which connects Turkey with the rest of Greece. According to data provided by the Observatory of Egnatia Odos, we can easily conclude that travelling by car has always been a popular way of transport for inbound travelers who either visit Alexandroupolis or pass through it on their way to other location to the west.

During the last seven years, domestic visitation to the city of Alexandroupolis has cumulatively decreased by 24.9% mainly due to the economic crisis that has put a strain on people's ability to travel. On the other hand, international visitation to Alexandroupolis through the Kipoi border crossing has experienced a tremendous increase from 2009 till today. More specifically in 2015, 610,000 travelers crossed this border point, an increase of 233% compared to 2009.

During the period 2006-15 domestic and international arrivals at hotels in Evros Prefecture cumulatively decreased by 15.9%; this can be mainly attributed to the country's economic difficulties sicne 2010 and the shrinking of spending power of domestic travellers. Up to that point, arrivals were recording a slow but constant growth. Nonetheless, an even more stiff decrease in arrivals and occupied bednights would be documented if it wasn't for the international travellers whose arrivals in the area recorded growth from 2010 onwards. Until 2010 the average length of stay in the region's hotel establishments remained stable at 2.2 days, whereas after that it slighlty grew due to the extended length of stay of international arrivals in the summer resorts located around the area. The bed occupancy rate was about 33 - 35% for the period 2006-10 and experienced a sharp decrease in 2011 as a result of the crisis in the Greek economy. Overall, the instability depicted after 2010 is mainly due to the economic uncertainty that has been prevailing.

Overnight stays by domestic tourists have remained stable over the period 2003-12 while international bednights have experienced robust increase which ultimately reflects the increase recorded in the total accommodated bednights in the city of Alexandroupolis. Domestic tourism used to count for more than 85% of the examined accommodated bednights but this seems to have changed during the last few years in favor of international travelers who now represent over 25% of overnight stays in the city. During the last five years, arrivals at hotels, accommodated bednights, and average length of stay seem to have stabilized in Alexandroupolis, illustrating that the destination has showed more resilience compared to other city destinations within the country.

Alexandroupolis is primarily visited by domestic travelers. With regards to international visitation, this mainly stems from neighboring countries of Turkey and Bulgaria followed by other Balkan countries such as Romania and Serbia.

Visitation to Alexandroupolis is characterized by a relatively higher degree of seasonality than other major cities, as the city is waterfront and has many hotels that attract tourists during the summer months. The pattern followed is a mixture of typical urban destination in conjunction with leisure destination and so the months during which the traditional tourist traffic peaks are from March to May, September, October (due to increased economic / commercial activity), and August while winter is considered to be a period of low demand.

More than 90% of hotels in Evros are classified as three-star or less and they represent 70% of the total rooms and beds in the area. The majority of these properties are located in Alexandroupolis, Didymotycho, and Orestiada. The largest and most notable investments came from renovations and upgrades of the existing hotels.

The City of Alexandroupolis

The most noteworthy hotels operating in Alexandroupolis are described below:

Hotel PerformanceFigure 8 summarises the important operating characteristics of the primary hotels in Alexandroupolis. The chart sets out the average occupancy, average room rate, and rooms revenue per available room (RevPAR) for a sample of 23 major hotel properties representing 988 hotel rooms. It should also be noted that all occupancy percentages refer to 365 days of operation for consistency reasons.

Alexandroupolis is a city with strong economic activity which due to its strategic location and infrastructure (port, airport, university, hospital, barracks, etc.) has developed significant tourist traffic mainly from domestic visitors but also by an increasing number of foreigners visiting the city mainly for business purposes. During the last few years, incoming tourists through the Turkish border points have recorded remarkable improvement. They visit Alexandroupolis mainly for leisure purposes such as gambling at the casino, a leisure activity that is prohibited in Turkey, or visiting other seaside cities and resorts.

A rather paradox remark about the city's hotel market is that it is mainly dominated by either large luxury hotels or small properties classified as one or two-star. The city has a limited number of four-star and three-star hotels, while most hotel units are outdated and poorly managed. The complete lack of quality hotels centrally located should be seen as an opportunity for potential investors in a city which exhibits constant growth. This need cannot be satisfied by the modernization of some of the existing small hotel properties, but substantial funds should be invested for the construction of a new building or the conversion of an existing building to a hotel.

Nana Boussia is a Senior Associate with the Athens Office office since early 2016. Since that time she has been involved in various feasibility and valuation projects in Greece, Italy, Spain and other countries. Nana holds a degree in Civil Engineering from Aristotle University of Thessaloniki and a postgraduate diploma in hospitality studies from Glion Hospitality School.