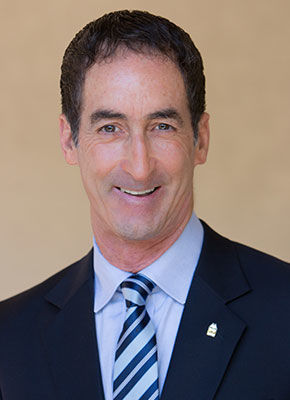 Since 2016 is barely gone, we may as well spell out the big news and the impact that news may have on 2017 and beyond. The first was Marriott—that was a big merger with Starwood and provides the new company with over 1,000,000 hotel rooms in 5,700 hotels, 30 brands and huge bargaining power with online travel agencies. The second was the Republican sweep—Donald Trump will have an opportunity to change the economic landscape. President-elect Trump will have a majority in both the Senate and House of Representatives. If he focuses on trade, wages, regulations and the strength of our nation, he could keep this long but slow recovery going and dramatically enhance it. Historically, a Republican sweep has provided for very low inflation but clearly there is work ahead.

Oil prices are back up over $50, consumer confidence is high, interest rates remain low albeit forecast to inch up and a new administration might pump up the economy beyond what we had initially forecasted last year. A soft landing is no longer imminent—in fact, gross domestic product may actually approach 3 percent in 2017, double what we forecasted last December for this coming year. Adding personal income growth, consumer confidence and low unemployment together with strong corporate earnings indicates that both the leisure and corporate traveler have the means to travel and pay for lodging.

There will always be naysayers, so what caveats could stall the economy? International markets are not as stable as the U.S. and terrorist threats continue to play a role in the way the global economy behaves. The chances that a prolonged global funk would impact the U.S. economy today are much higher—we are not immune to any global crisis. Further, emerging economies are no longer fueling all of the growth, so a few sneezes and we could experience a turn in economic fortunes. Notwithstanding the aforementioned, if we continue the Visa Waiver Program, 2017 will be a solid year for international travel despite the strength of the dollar.

U.S. hotels grew revenue per available room (RevPAR) at more than a 3 percent clip in 2016. This is down from over 6 percent in 2015 but that was somewhat expected, especially after a very slow Q1 2016. Occupancy growth has slowed in Q3 and Q4 as demand from corporate clients has experienced a decrease (some of it oil sector related) and an increase in new supply threatens some markets. At the same time, low gas prices fueled some growth in leisure travel. Occupancy levels are at a historic high and average daily rate (ADR) represents all of RevPAR growth. We see no reason that the economy cannot stay afloat and thrive in 2017 and keep ADR growth at that 3 percent level, albeit barely enough to keep pace with costs.

New supply is not likely to stop the continuation of positive RevPAR growth for this extended period of time. Banks will begin to put the brakes on lending in time to avoid approving deals that are just too late in the cycle for aggressive underwriting. That means those who are experienced, have solid equity, strong brands or unique ideas, are in great markets and are considered trustworthy and solid borrowers will be able to develop. Increased developer cost of capital, new supply and Airbnb and others in the "sharing economy" are marginally reducing feasibility. Development economics in many markets will not support new construction.

While these factors might curb supply growth, the "sharing economy" is not going to have a material impact on demand in most markets and International travel will not go away if the American Hotel & Lodging Association holds strong in support of the Visa Waiver Program. Ergo, it will be something else that stops this growth—a Black Swan event or a global meltdown are not likely to occur but could certainly stop this positive growth. Only time will tell but 2017 looks rock solid.

CBRE Hotels' Americas Research is projecting that the U.S. lodging industry will achieve an annual occupancy rate of 65.3 percent in 2017, just shy of the 65.4 percent all-time record occupancy level expected for 2016. Average rate growth should finish at 3.1 percent. The big challenge might be to reverse some of the trends that hoteliers have been battling relative to high costs of health care, wages and supplies. Further, CBRE has issued a report on reduced labor productivity. Hence, net income may have peaked unless we can successfully reverse these cost trends.

Last month, we put out our Top 10 trends for 2017. While soft brands will continue to be a trend, it has been 10 years since Facebook morphed into a mainstream business tool, Twitter arrived, the iPhone exploded on the scene and Android phones were born. Today, the pace of change has accelerated dramatically. In his new book,Thank You for Being Late, Thomas Friedman explores this very age of acceleration. Our trends to watch this year are led by technology, three of which are featured below:

Artificial Intelligence (AI) and Robotics
are for real. AI is a fast-moving technology that enables machines to perform tasks that could previously be done only by humans. Robots will have an impact on some area of the guest or associate experience in 2017 and we have ordered our first one just in time to open our Fairfield Inn & Suites by Marriott in San Marcos, CA.

Text and Chat are here to stay. Chat apps like Facebook's Messenger and WeChat, the app that I use when dialing abroad and the most popular communications app in China, have huge implications for our industry. Texting guests in response to "in the moment" needs, safety and security issues that would require immediate and subtle communication or eliminating language barriers are all technologically feasible and available and can provide for ancillary revenue streams.

Mobile Check-in has been around for the last few years but will hit full stride quickly as the technology has been refined. Just about every guest has a smartphone and if a guest does not actually utilize mobile check-in by going directly to their room, they will show up at a pod rather than a formal front desk.

We would be remiss if we did not offer any hints about our two home markets of San Diego, CA and Phoenix, AZ. While our growth is into all California and Arizona markets at the present time, we have 12 hotels in San Diego County and 5 in Maricopa County in Arizona (Metro Phoenix). Overall, in California, the major markets in both the San Francisco Bay Area and the Los Angeles Metropolitan Area experienced very strong average rate growth and marginal occupancy growth (one exception was the relocation of guests in NW Los Angeles area).

According to Beacon, The San Diego County labor market has steadily expanded, increasing 2.2 percent between October 2015 and October 2016 but is decelerating since 2015, slightly behind the state of California. The local unemployment rate is 4.7 percent or close to full employment. Job growth has been primarily fueled by the entrance of new jobseekers into the labor market. Overall, job gains were fueled by outsized growth in major employment sectors, including Education and Health Care, Leisure and Hospitality and Professional, Science, and Technology.

Occupancy should be flat with demand meeting but not exceeding the 2 percent supply growth. Average rates should grow 3 percent. The fear that San Diego is overbuilding is overstated. Most of the new supply is downtown where occupancy levels exceed 80 percent. In the county of San Diego, there are over 63,000 hotel rooms. Currently, there are less than 2,000 hotel rooms under construction with another 2,000 in the "soon to be developed" pipeline. If they were all built, the increase would be 7 percent new supply. We have averaged over 2.5 percent per year over the past 25 years, so it would only take three years to absorb this supply.

In 2017, occupancy, average rate and revenue per available room should finish at close to 77 percent, $160 and $123 respectively, all-time highs in each category. We remain bullish on 2017 and are opening a hotel of our own in February.

Look for continued job growth as Arizona finished 2016 with over 3 million in the workforce and Metro Phoenix surpassed 2 million workers. With Governor Ducey in control, the pipeline for new businesses and expansions is stronger than I have witnessed since arriving in Arizona in 1978. Incentives play a big role, but a "stable and predictable business climate, workforce depth, quality of life and education pipeline are the most-cited reasons CEOs have said Arizona beat other states and markets," according to the Phoenix Business Journal.

With minimal new supply growth, (Tempe is an exception but new corporate growth in that submarket has kept pace with new supply) the Metro Phoenix market will have a very strong 2017. Comparisons to the record year of 2015 made the first half of 2016 look weak but it has picked up dramatically in Q3 and Q4.

In 2017, average rate growth should be 4 percent with an additional 2 percent in occupancy growth. We expect occupancy, average rate and revenue per available room to finish close to 69 percent, $125 and $86 respectively.

2017 looks to be another solid year for the lodging industry with three percent growth in gross domestic product, nearly double what we originally forecasted early in 2016. We are no longer calling for a soft landing in 2017 (it still could occur in 2018) but that can change due to a multitude of unpredictable factors. Look for technology to play a huge role in how this year shapes up as trends of doing business can directly impact demand on individual hotels. This idea carries into the industry as a whole as we continue to catch up with the technology of today.

We sincerely hope you had a wonderful holiday season and wish you a Happy New Year! To a successful 2017 and beyond!