Isn’t it time we all changed how we drive our PMS? 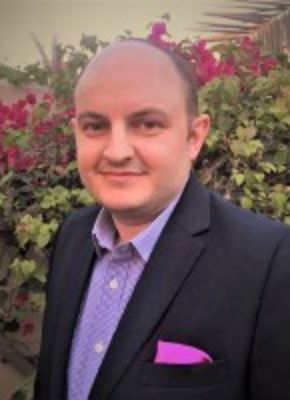 Its 0450am, Sunday 3rd of September 1967. It's a quite night on the roads, a little cold but clear skies. Drivers all around Sweden have just stopped their vehicles, looked and put on their indicators to turn right. They are not turning right for a junction, they are all moving their cars, trucks and buses to the right hand side of the road. The Swedish government sited such reasons for the named 'H Day' changing side of the road plan as reducing car crashes, ease of movement as all neighbouring land countries drive on the right with over 5 million vehicles crossing over per year, embracing logic as most cars in Sweden are already left hand drive anyway and as a result a major reason for collisions was left hand drives overtaking from the left. The monumental change was rejected by 83% of the 7.6million population in a referendum.

The government decided to press ahead regardless as the safety of the public was at the forefront with projections of road traffic to triple in the following 8 years. Sunday 3rd, ''H Day'' witnessed 157 minor vehicle accidents and 32 minor injuries, the following Monday another 125 incidents. Within 6 weeks however from the change the motor insurance claim average reverted to exact same levels prior to the switch. Today, many of you will not have realized that Sweden even went through this change.

Its 0450am, Monday 31st of January 2017, and another property just launched, a beach resort in Al Khobar, Saudi Arabia on a PMS Cloud application, number 31 of 80+ site rollout. Old in-house servers decommissioned, and faith and focus now on the internet connection. An anxious, excited and apprehensive hotel team begin their day like all others, and after a few minutes here and there searching for the new button the first check outs begin.

The resistance throughout hospitality to detach buildings from their servers is stronger than ever. Decision makers the world over for hotel systems and hotel management sit in board rooms and deny financial approvals and green light's for moving systems to cloud, based on figures they are looking at on excels stored on a hosted service on their IPhone or replying to emails from cloud email servers. The technology of our world, not unlike the forecasted traffic situation in Sweden is going to explode exponentially in the coming years, imagine the human effort of maintaining systems in every structure on this planet, not just hotels, but in home servers. What if we were to continue to check in and out our guests from those tired old pcs' stuck to those barriers called front desks, hooked up to the tired servers with adequate software. We will run out of people or money to fix the inevitable issues. Not unlike trying to overtake with the steering wheel on the wrong side of the road, you will make it, but isn't it just a bit too risky to keep doing the same time and time again?

Today's systems work, they work very well some will argue, tried and tested, solid, and the new waves of cloud PMS do have functionality gaps as the developers of tomorrow try desperately to tackle legacy PMS code, try to slim down the decades of customizations layered on by all of our hotel chains and try fit it all in a new lightweight logic, all the time trying appease the unique demands and quirks of our industry. Our demands are many and non-unified, we are one industry but run in a free spirited, entrepreneurial and individual way, why? Because we deal with humans and try to make humans happy in a hundred different ways every day. If I go to a bank, I want money or I want to put in money, the requirement is minor for technology, however for hospitality we are developing 10 different ways to satisfy our guests per day, and our expectations for hotel technologies to keep up with this trend are unreasonable. No, we have not created a computer yet that holds the same intelligence as a human brain, so why do we expect our thoughts sitting in the hotel finance office to translate into code overnight?

Cloud technology can be cumbersome, convincing people to trust the internet, trusting people to store your valuable data where it cannot be seen, to isolate latency issues, but as I write this from 40000ft, where I have wifi, 1000's of movies available and ability to check my cloud PMS from the cloud, I can say cloud does work, even from the clouds. Why do we suffer from this ''money under the mattress'' syndrome in hospitality, where we must see and touch everything we possess? For all those vehicles in Sweden that were not ready to switch over, that was not an acceptable reason not to push ahead, beam realignment stickers were provided for headlamps, trams in major cities were decommissioned as the doors were on the wrong side now. Most would say replacing a tram with a bus is a huge downgrade, but the bigger picture for the Swedish government was progress and alignment to future needs, so the tram was sacrificed.

Many talk of the huge costs of cloud, without considering all factors. Cell phones were extortionately expensive to buy 15 years ago when only a select few had them, then phones were free if you took a ''SaaS'' contract as the flip phone craze took off, today you can run a smart phone as 'pay as you go'. The trend is the same for everything we buy, volume reduces costs. Costs are appearing higher now because there are only a few of us using the services and we are only looking at operational budgets. Remember you don't have to pay the ''clouds'' server rooms electricity bill, or air conditioning servicing etc. If everyone were to jump to cloud tomorrow, who knows what might happen, PMS cloud might just move from 'SaaS' to 'SauG' (System as you go) in the near future. Wouldn't that be fun, topping up your account before logging in at the start of the shift?

Change is inevitable in our lives, and it's the hardest thing to deal with. We hate moving house, we hate when our phones update, we hate when social media changes layout. Sweden employed a team of psychologists in the 60's to help their transition, switching hotel systems biggest obstacle is not the bugs, issues, or functionality gaps, its tackling the user's emotions and how they deal with all those elements, PMS needs PMA (Positive mental attitude). Cloud PMS is here to stay, there will be some accidents and injuries (hopefully not physical) during the migrations, with time those injuries will heal, and the status quo will return. The rules are the same, be it switching an entire countries driving method, to changing a PMS system in a 30 room hotel by the beach, because we are human.

I want you to look up from your screen right now, take a breath, ignore all the pings and beeps of the emails and whatsapps coming your way, and realize you live in a 'Cloud' already and ask yourself when are you going to help your guests, colleagues and friends in our ever diverse hotel world to stop, look and turn right on their very own ''H Day''?

Kevin McCarthy has been a central figure in some of the industries biggest and most challenging projects over the last 10 years. Kevin has led major technology transformation projects and held senior managerial and director positions in technology and hotel corporate offices across the world, gaining international expertise by locating around the world from Germany to Switzerland to the UAE with countless other countries where projects completed successfully under his guardianship.