Appealing to every dimension of human nature 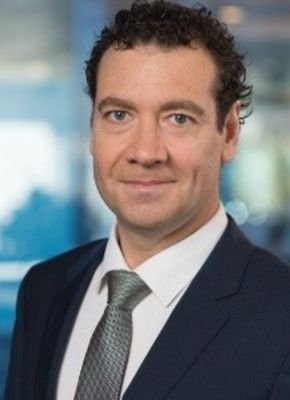 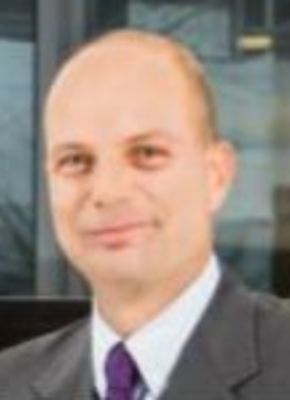 For luxury hotels, coming up with new ideas for innovation is one of the hardest things. However, looking outside the industry, there are some examples of pioneers presenting practical, tangible ideas for overcoming some of the typical barriers to innovative thinking among luxury hoteliers. Here are a few examples to look at – and a few recommendations for preparing to address them.

Luxury innovation at Montreux Jazz
When Claude Nobs created the Montreux Jazz Festival in 1967, he invented a new world, combining high quality music performances, uniqueness of improvisation and jam sessions never seen elsewhere, in a drop-dead gorgeous location that had seduced artists for decades from Byron to Kokoschka. The main reason why Miles Davis followed, however is purely Claude Nobs, the innovator, the former cook, who gelled it all together. The lifestyle concept of the Montreux Jazz Festival was embodied in a miniature version at Claude Nobs chalet "The Picotin". A mix of private and public space, sharing intimacy with strangers. Guests you didn't know, who knew Claude like you, sat with you and shared their passion and delicious food. Claude Nobs was pure hospital item, greeting strangers in a friendly and generous manner. He created value and meaning. Along the way, Claude Nobs and Mathieu Jaton kept innovating. Maybe as music enthusiasts, they were more open than others to the idea of perpetual change. Fashion, technology, food, they fearlessly dared to change the formula every year. Innovation included partnering with craftsmen and multinationals alike, broadcasting concerts in 3D, changing location in a dramatic manner, boldly offering free events magnifying the lifestyle experience for all, creating a foundation for young artists and an academy, demonstrating authenticity regardless of commerce. Give and you shall receive. Despite the fierce competition of tens of imitators, the in numerous threats they were exposed to, Montreux Jazz Festival is still growing and prospering after half a century.

What can hospitality learn from the Montreux Jazz festival experience? Recently, a poll of the "coolest brands" in the UK showed that the only hospitality brand that made it to the top ten, alongside Chanel, Apple and Ray-Ban was… Glastonbury, another cultural event. Another powerful and meaningful brand that was built with minimal direct advertising, compared to the budgets spent by multinational chains.

Luxury innovation: between tradition and change
There used to be a time when hospitality created excitement, sympathy and affiliation, a lot more than Airbnb does today. The excitement can be read in Arthur Young's 1787/1788 travelogue in France when he stepped in the Henri IV hotel in Nantes. "I am in doubt whether the hotel de Henri IV is not the finest inn in Europe. Dessein' at Calais is larger but neither built, fitted up nor furnished like this, which is new." The whole experience included supper, wine at the hotel and culture… going to the nearby Comedie theatre. It appealed to every dimension of his human nature, his palate and his brain, not least to his pouch, as he insisted on the pleasant surprise of how little this new experience cost him. Rousseau too was excited when he first entered a "restaurant", the first of which, the famous Hôtel D'Aligre in Paris served a healthy beef stew all day. It was invented by another utopian like Marie-Antoine Carême who invented haute cuisine half a century later and rejected "decadent" traditional cuisine. Carême insisted on the "need to offer novelties every day", dishes "less spicy", "less aromatized" and "healthier". His breach in tradition, the opposite of harmony that we value, required courage. Innovation like scientific truth is seldom what everyone believes. Later, the Grand Hotel de Monte Carlo, the Lucerne Grand Hotel National and the Savoy saw Auguste Escoffier and Cesar Ritz join their creative talents to innovate again, creating the modern luxury hotel. Two Ticinese brothers innovated in America with the Delmonico restaurant. Nine generations of hard working hoteliers and restaurateurs have thus created an extraordinary industry which employs tens of millions of workers, brings joy and culture to the world. We connect people like no smartphone ever will. This is why we are so precious to the online world. However by no means have we become eternal. Some of the threats we face come from the IT industry, like the sharing economy, or from existing moguls such as Expedia, a spin-off of Microsoft, which in turn spun off Tripadvisor. Tripadvisor sales last year were higher than Hilton's. Net profits were the same as Accor. Additional external threats come from geopolitics, as terrorism casts its dark shadow over our staff and our guests in Paris or Istanbul… More threats come from macroeconomics, in the shape of currency instability, or from climate change which alters our locations and ruins our investments. Snowless mountain resorts, stormy coastal beaches, draught, forest fires etc. Our guests' behaviors are affected durably. Finally, along the way, hospitality must bring along 51 per cent of humankind. Men invented the man-dominated world of kitchen and hospitality. Yet women represent the majority of our workforce as well as the 21st century consumption decision makers.

Still, we value what we do. Our infatuation with our business model is good news because it gives us motivation. But it is also the greatest peril we face. We need to start loving less what we do so we can start changing and adapting. Chefs will shrug off any suggestion of robotization of kitchen, even though flexible robots of 2016 allow immense progress, better quality, fresh food, personalized dishes, and greater affordability. Hotels will shrug off the idea that they need to reinvent themselves as social clubs, and that rooms don't matter that much anymore, as guests rent beds on Airbnb. Marketing professionals will shrug off the idea that brands are actually worth a lot less than what balance sheets show. The Montreux Jazz Festival experience holds more marketing insight than any advertising campaign. Guest fetishism, our obsession with customers who do not know what they want is holding back our creativity. And divided we stand. Fierce competition contributes to our blindness, delusion of grandeur, oblivion of history.