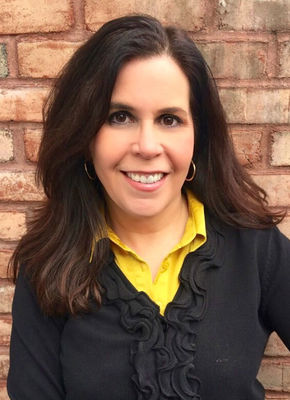 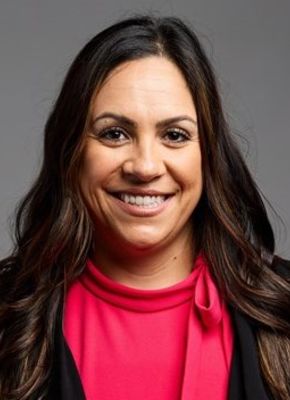 When Ebola struck the Sub-Saharan continent in the summer of 2014, thousands of travelers canceled their safari plans in South Africa, resulting in an immediate decline of multimillions of dollars given the tourist cancelations. Truth be told, South African cities such as Johannesburg and Cape Town were more than 2,000 miles from the epicenter of the outbreak, unlike the wildly successful summer destinations of the South of France and England, which were actually far closer to the sources of the viral outbreak. Unfortunately, the geographically challenged visitors, who could have seamlessly enjoyed their intended holidays, altered their plans, and the destinations that relied heavily on the bookings and inbound travel suffered economically, and greatly.

And now, three years later, the Caribbean is feeling the effects of its own chain-reaction of natural disasters, while also trying to educate visitors with the topic of geography.

In what appears to be a dynamic and active hurricane period, one of the busiest and most destructive season in decades, some of the islands of the Caribbean have witnessed destruction and evacuations like they've never seen before. And yet, despite these events, many more of the 32 island nations were actually not impacted at all, at least not by the hurricanes. Rather, these islands were affected by the immediate wave of cancelations and bookings, leaving hotel rooms unoccupied and inbound revenue absent.

Which nations need recovery and support?

The recent weeks have proven difficult for much of the Caribbean. The world has intently watched on as a series of destructive hurricanes have barreled through much of the region, leaving behind great devastation. While some islands escaped relatively unscathed, many were not as lucky.

September 5, 2017, marked the beginning of the Caribbean destruction as Irma, an extremely dangerous Category 5 hurricane, made landfall on the island of Barbuda. The destruction continued as the storm, with maximum winds of 185 mph, passed over much of the Leeward Islands, including St. Martin/Maarten, St. Barthelemy, Anguilla, and the British and U.S. Virgin Islands. Also impacted by Irma's wrath were the Turks & Caicos and Cuba, as well as the Dominican Republic and Haiti to a lesser extent. After days of intense rain, violent wind, and dangerous storm surges, the Caribbean region was left with a devastating aftermath. Islands like Barbuda experienced virtually complete destruction of physical structures, while most others sustained severe damage to landscape, as well as physical structures, and many were left without power. The Prime Minister of Antigua and Barbuda, Gaston Browne, reported that roughly 90% of homes on his island of Barbuda were destroyed. Additionally, the hotel infrastructure on the island was damaged. These islands, which rely heavily on tourism, have been left with massive cleanup as they try to rebuild.

Most recently, before reconstruction efforts could even begin to take place, the Caribbean was faced with yet another dangerous hurricane. Hurricane Maria took another hit at the already overwhelmed Leeward Islands, this time focusing its destruction on Dominica. Guadeloupe too fell victim to Maria, as well as both the British and U.S. Virgin Islands again, before the hurricane made landfall in Puerto Rico as a Category 4 hurricane with 155 mph winds. Dominica and Puerto Rico were severely impacted by the storm, both left with intense structural damage, as well as being entirely left without power. Specifically, Hartley Henry, Principal Advisor to Prime Minister Roosevelt Skerrit of Dominica, reported "tremendous loss of housing and public buildings."

According to updates provided by CaribbeanTravel.com, the islands in most desperate condition are Barbuda, Dominica, St. Martin/Maarten, St. Thomas, St. John, and Puerto Rico. Still, much of the damage on these islands has yet to be completely assessed. An unfortunately active hurricane season has left much to be repaired in the region, but as many political leaders of the region have expressed, the Caribbean people are strong, and with support from around the world, they will rebuild.

Which nations can welcome guests as others repair?

Although many Leeward Islands have been devastated by these storms, there are still many Caribbean islands that have not been affected and are happily accepting visitors. According to Caribbean Travel Update, the following Leeward Islands, located between the northeastern Caribbean Sea and the western Atlantic Ocean, are open for business:

While Hurricane Maria impacted many of the Leeward Islands because of their location in the path of the storm, the Windward Islands, situated in the West Indies (including Barbados, Grenada, Martinique, St. Lucia, St. Vincent, Trinidad & Tobago, and others), remain unharmed and are welcoming visitors. The Leeward Antilles, including Aruba, Bonaire, and Curacao, are islands that are situated along the southeastern Caribbean Sea and did not suffer hurricane damage. Other unharmed island options for tourists include the main islands of the Bahamas (New Providence and Grand Bahama), Cayman Islands, Jamaica, and the main tourist regions of the Dominican Republic (such as Punta Cana, as the Dominican Republic did not experience a direct hit). Bermuda, located in the Atlantic Ocean more than 1,000 miles out of the recent storms' paths, is also happily welcoming visitors at this time.

What should hospitality developers know about climate-change impacts on the region?

The Caribbean Basin is dependent on tourism. Unfortunately, the region is vulnerable to climate change and damage to natural resources due to the rising sea levels, erosion of beaches, and extreme weather events. Because of this, many entities and organizations throughout the region were founded on the premise of focusing their attention on improving the region's activities that involve climate change due to the significance of tourism to the national GDP of many of island nations. Instead of hiding from the facts, each island nation has taken the initiatives to develop new construction concepts to make hotel developments more resistant to climate change. A focus on energy production, land-use planning, regulations, and more stringent building codes has helped developers create new hotel products that are prepared for the changing times.

Despite the tragic events of this year, the Caribbean will rebuild, as tourism remains the lifeline for many of these island nations. In the wake of the devastating impact of Hurricanes Irma and Maria on various Caribbean island nations, HVS CHICOS, the Caribbean Hotel Investment Conference and Operations Summit (www.hvschicos.com ), will work with the Rotary Foundation to provide necessities such as water, canned food, and clothing to residents throughout the Caribbean that were affected by these tragic events.

The Rotary Foundation has local expertise and a long history associated with operating in the region, specifically on the islands impacted by the hurricanes. The organization has stellar ratings as one of the "Top 10 Charities in the World," according to CNBC, as well as a high Charity Navigator score. Beneficiaries receive 100% of funds donated.

HVS CHICOS has made a donation to the Rotary Foundation. The Bermuda Tourism Authority, representing a nation not impacted by the storms, but an island that wants to help its brothers and sisters in the region, has generously matched the HVS CHICOS donation. Given its Atlantic location, Bermuda is more than 1,000 miles out of recent storms' paths, and is fortunately safe and sound, welcoming visitors. Bermuda is also eager to welcome HVS CHICOS conference attendees in November.

The authors wish to thank both Catherine Ostuni and Tara Tempesta from Boston University’s School of Hospitality Administration for their research and contributions to this article.

Leora Halpern Lanz is the principal of LHL Communications, a hospitality content marketing, branding and media relations advisory. She is also full-time faculty teaching various marketing classes at Boston University’s School of Hospitality. In February 2017 she was named one of the Top 25 Extraordinary Minds in Hospitality Marketing by the Hospitality Sales & Marketing Association International (HSMAI).

Kristina D’Amico is a Director in the HVS Miami office. Her expertise spans consulting and valuation for both existing and proposed hotels and resorts throughout South Florida, the Caribbean, and Latin America. Kristina’s significant international consulting and appraising experience includes assets in the Caribbean Basin across 16 Caribbean islands, as well as the Riviera Maya region of Mexico and various countries in Latin America.