How Halal Tourism is Reshaping the Global Tourism Industry 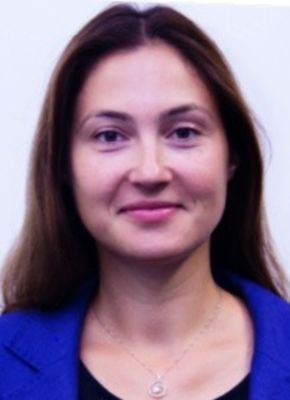 Spending by Muslim travelers is expected to rise to US$220 billion by 2020, with the number of Muslim tourists growing to 156 million from 121 million in 2016. That's according to the Global Muslim Travel Index (GTMI) 2017, which was produced by Mastercard and CrescentRating, a 'halal-friendly' travel consultancy.

'Halal' tourism is clearly a growing market segment, with Muslim tourists seeking destinations which meet their needs, in terms of diet, dress or rituals. Translated from Arabic, 'halal' means permissible in accordance with Islamic teaching. Alcohol, pork, nudity and gambling are off limits.

With a burgeoning middle class and increasing disposable income, many countries - whether Muslim or not - are looking to attract these travelers. Malaysia, the United Arab Emirates, Indonesia and Turkey are among the leading Muslim destinations. Singapore, Thailand and the United Kingdom are among the top non-Islamic or OIC (Organization of the Islamic Conference) destinations.

Despite being a predominantly Buddhist country, albeit with a sizeable Muslim population in the south, Thailand has proved to be a popular destination for Muslims, mainly from Indonesia looking for affordable vacations and Thai food. As for the UK, Muslim spending is expected to rise to US$4.1 billion by 2020 even though there has been a spike in Islamophobic assaults following recent terror attacks in London and Manchester.

Adapting to the needs of Muslim travelers

Given the potential of this sector, it's important for the hospitality industry to adapt to changing halal requirements to meet the needs of Muslim tourists. According to CrescentRating, hotels and restaurants should offer halal food at the very least. A destination is then seen as increasingly attractive for Muslim travelers - as assessed in the GTMI ranking - based on the availability of prayer facilities, Muslim-friendly washrooms and Ramadan-related offerings. While many airports are now offering halal food and prayer rooms, some still lack wash or ablution facilities.

Shaping the future with technology

In addition to more traditional online travel agencies or OTAs such as booking.com or TripAdvisor, Muslim-friendly platforms are springing up. Take for instance Halalbooking.com, a London-based market place for halal tourist accommodation that is expecting to achieve revenues of at least one billion pounds by the end of 2021.

Peer-to-peer platforms are also emerging. Bookhalalhomes.com has become the world's leading portal for halal accommodation rentals. It differentiates itself from Airbnb by guaranteeing halal-certified services such as halal food and designated prayer rooms.

Smartphone apps are also being developed. The Tourism Authority of Thailand has launched an app that helps Muslim travelers find halal products and services. It provides information about prayer times, food options and sightseeing tours. Another app, HalalTrip, offers information related to more than 65 destinations worldwide. It generates revenue by selling suitable tour packages, whether it's experiencing Great White Sharks in South Africa, culture and history in Spain, or shopping in Dubai.

Compared to more established western OTAs though, halal tourism e-commerce is still in its infancy. As we've outlined, however, it's a growing market that needs to be served. Technology will continue to shape the growth of the sector by allowing hoteliers, restaurateurs and others to demonstrate that they are sensitive to halal requirements.

With spending by Muslim travelers on course to reach US$220 billion by 2020, and Islam the fastest-growing religion in the world, Muslim tourists are definitely some of the most important customers in the travel market.

Pull factors such as family-friendly and Muslim-friendly services are important, as is halal awareness. Where safety concerns and basic halal requirements are met, Muslim tourism will continue to grow.

As for technology, halal tech firms appear to have established a first-mover advantage. But it's only a matter of time before major western OTAs enter and seek to dominate this promising market.