The Demise of the Hotel Mini-Bar

By Adam Hoydysh, Vice President of Hotel Sales at PLUM 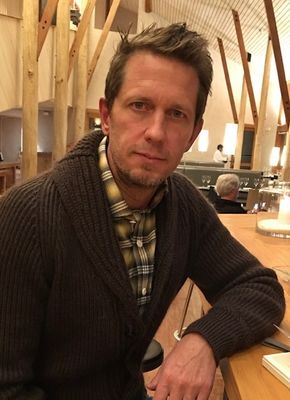 Our world, and how we interact with it, is primarily defined by the digital transformation that constantly unfolds across industries and consumer touch-points. The 'hot' new product of two years ago, might no longer be available today. The traditional cassette tape player and Walkman were replaced by the once revolutionary iPod shuffle, which has since been replaced with iPhones brimming with complex capabilities. Blockbusters - once the highlight of Friday nights across many households - are now a distant, nostalgic memory. We accept food from 'strangers' in the form of Uber Eats drivers, and we ride with those same strangers when we hop in an Uber to get across a bustling city. We can shop at stores using mobile, hands-free checkout, and we can place an order without even lifting a finger by speaking to our voice-activated home assistant. From a consumer standpoint, a hyper-personalized experience has become the anticipated norm across industries. Consumers don't simply make purchases. They expect to engage and connect with brands in a way that wasn't previously possible. Times are constantly changing in this modern era.

And yet, there exist a select few industries, platforms and processes that seem overtly resistant to the progressive trends that continuously transform everything else around us. This becomes especially apparent as we look to the hospitality realm, an industry which has commonly shied away from much-needed reform. For years, the guest experience was needlessly limited by legacy technology and traditional processes that merely failed to keep pace with evolving guest expectations.

Fortunately, those days of drastically outdated platforms and processes seem to be (mostly) behind us, as hoteliers finally embrace a future of hospitality. A future which promises a more personalized, guest-centric, and ultimately frictionless experience. However, there still exists one exception to this rule - the arguably archaic (but seemingly unshakeable), the hotel mini-bar.

You know - that cumbersome hunk of technology that often hums and purrs loudly from the corner of your hotel room, offering up a selection of $6 water bottles, $10 chocolate bars, and grossly overpriced beer, wine and liquor. It's become something of a sad hospitality staple, one which may only tempt indulgence at 2 am after a long night out that exceeded the operational hours of corner stores and local food establishments.

Since it's global emergence in the mid-70s, hotel rooms ranging from luxury to family-friendly have included a stocked mini-bar as part of their offering. Amidst the many updates that have taken the hospitality industry and, respectively, the guest experience by storm, you might wonder - what is the mini-bar still doing here? Is it truly a revenue-generating proposition for hotels, and one which generates guest approval and satisfaction? Or is there a better way to appeal to guests' desire for instant gratification and 24/7 access?

Basically, if the hotel mini-bar is the iPod shuffle of the hospitality industry, how does the new iPhone look?

The hotel mini-bar wasn't always viewed with the modern apprehension it receives today. In 1974, the Hong Kong Hilton became the first hotel to include a "liquor-stocked" mini-bar in each of its 840 rooms, and it proved to be lucrative. In-room drink sales skyrocketed 500%, and the company's overall revenue rose by 5%. By 1980, mini-bars had been solidified as an industry norm across 4 and 5-star properties, seemingly peaking in their perceived popularity across guests and hoteliers alike. So, where did things take a turn for the worse?

Not long after their initial adoption and surge in popularity, it became apparent to hoteliers that mini-bars invite several problems into a hotel's operational model. These problems include, but aren't limited to:


Now, hoteliers are faced with the reality that mini-bars offer exceedingly low capture rates, making it hard to justify the cost to maintain them.

In fact, in a 2012 survey, nearly 500 hotel owners unanimously agreed that re-stocking mini-bars was a "nightmare," and 84% reported they'd had guests dodge bills by stealing items and replacing them with inferior goods. Further, in a 2013 consumer study that surveyed some 20,000 travelers, the mini-bar was ranked as the "least important" amenity in a hotel room, with only 21% of respondents desiring one. This brings us to our current dilemma - If mini-bars have become such a tiny fraction of hotel revenue, commanding so much up-keep and trouble, are they worth the bother?

Hotel mini-bars exist in two forms: automated or non-automated. Non-automated mini-bars require manual re-stocking, which results in high labor costs and the consumption of hotel resources (staff dedicated to mini-bar duty). In the case of non-automatic mini-bars, the average attendant can get to roughly 110 rooms per day. In theory, if a 550-room hotel has an occupancy of 80%, it will take approximately four attendants to service the hotel. And what if that mini-bar goes offline (a common occurrence)? You guessed it, more frustration and labor.

As hotels seek to scale and offer more advanced and attentive service to their guests, this isn't an efficient or profitable model.

In the case of automatic mini-bars that auto-charge guests, we arrive at the problem of guest disputes, false sales and an influx in write-offs. Not only can guests be wrongly charged for items they simply picked up and put back (with credit to hyper-sensitive sensors) but it becomes far too easy for guests to tamper with products and formulate cunning disputes. A common example of this is guests who refill mini vodka bottles with water or claim that a previous guest left a half-eaten chocolate bar.

In fact, lost revenue allowances due to guest disputes typically run at 10-15% on average (and sometimes reach 30%). Not only is this a costly allowance average, but hoteliers also have to consider the time and resources dedicated to resolving these disputes and complaints at the front desk. Jacob Tomsky, who worked at a major hotel chain for more than a decade, writes that, as a front desk clerk, mini-bar charges were "without question, the most disputed charges" on any bill. Even further, with modern guest loyalty being increasingly challenging to earn, an influx of false charges or disagreements does not position a hotel in a favorable light with that guest. This, in itself, could cost the property potential guest loyalty and invite negative feedback.

Whether automated or not, mini-bars rely on antiquated systems that have, quite simply, not done anything to adapt or appeal to modern guest demands. Despite being classified as a luxury amenity, the impulse purchase products offered hardly scream luxury (Kit Kats, Pringles, etc.) despite their (up to) 1,300% mark-up. Not only that, but even the process of programming and moving a mini-bar unit is cumbersome and costly. Units typically cost $200 or more, and the installation or de-installation can take weeks depending on the number of rooms in the property.

A New and Improved Model

So, we've identified a massive problem, but what is the solution? Not only are many hotels steering away from the mini-bar entirely, but they are introducing other modes of self-service to better cater to guests. These include in-room appliances such as Keurig's and wine-by-the-glass, on-property shops, convenient stores, and 24/7 F&B options.

In-room, by-the-glass wine has proved especially promising, offering a plug-and-play model that boasts a capture rate of 25-35% - a stark contrast to the less than 1% wine capture rate from mini-bars. Hoteliers install the high-end appliance to rooms by connecting to the room number and Wi-Fi, while the website gives their staff everything they need to manage the cloud-based amenity. Hotel staff can track consumption automatically, bill each guests folio, and notify housekeeping only when bottles need replacing. Rather than relying on the sale of an entire bottle, Plum by-the-glass wine allows guests to treat themselves to a single glass, which also helps to reduce waste and can tap into the local culture by offering exclusive wine options to guests. Even better? Hoteliers can utilize this appliance not only as an upsell tool, but as a method to enforce guest loyalty by offering a complimentary 'welcome' glass of wine, creating a VIP experience. This also empowers a more efficient self-service model which reduces operating expenses while increasing GoPar, and enhancing the guest experience in a memorable way.

Considering 80% of luxury hotel guests drink wine regularly, what better way to virtualize a previously costly amenity for increased guest satisfaction. False charges? No longer a problem. Labor intensive? You guessed it, no longer an issue. Cumbersome and expensive to install, monitor and move? Not at all.

Ready to ditch the hotel mini-bar in favor of something better? We can help. CLICK HERE for more information.

Adam Hoydysh is Vice President of Hotel Sales for PLUM. He has more than 20 years of B2B technology and hospitality sales and management experience at F5000 corporations and start-ups. Prior to joining PLUM, Adam was Director of Sales for Juniper Networks, driving sales and sales training efforts for Juni-per's advanced technology portfolio of security products.

Plum reimagines every aspect of the wine by the glass experience. The world's first appliance that can serve a glass of wine just as the winemaker intended, Plum allows hoteliers to satisfy the moments that inspire guests to enjoy a glass of wine in the hotel's room product. Plum delivers an unforgettable experience — and profits — in extraordinary style, one glass at a time. To learn more visit http://www.plum.wine