Rainy Mondays and Chilly Economics - Recruiting in a Downturn

By Zoe Connolly, Founder and CEO of Hospitality Spotlight 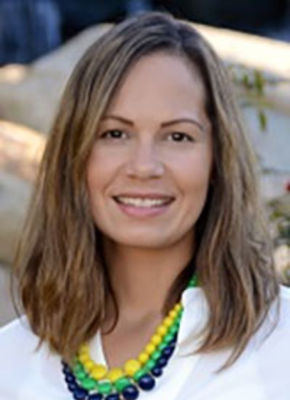 There was a sales manager who used to say he "loved rainy Mondays." It was a little crazy to hear, since no one was excited about Monday in general, and most folks were even less so when Mother Nature was being uncooperative. However, there may have been some genius in his philosophy… since it meant he saw an opportunity where others saw a hurdle. What does this mean for hoteliers? Well.. it means there is an opportunity to find tremendous talent due to all of the economic uncertainty due to the geopolitical turmoil. Grab your galoshes, and let's dive in.

Hotel leaders that have been in the industry for more than a decade will recall the 2008 economic crash and the impact it had on the travel industry. Decreased occupancy, MICE cancellations and dropping ADRs were short term and medium length hurdles… it was a few years before we saw normalization.

News reports today indicate that there is a recession on the horizon, with a trade war and increased scrutiny on travelers creating a formidable threat to prosperity in the hotel industry. From tariffs to RealID, we're likely to encounter some serious turbulence.

But high winds and air pockets should be no match for HR teams and recruiters who see an opportunity to flourish while everyone else wrings their hands. Metaphors aside, it's possible to build a stronger team during a downturn, and come out ahead when things again normalize. To be prepared, however, you need to have a deep understanding of the talent you have on hand, as well as the processes you have in place.

If we assume a downturn is coming, then it is time to start having some tough decisions among leadership. There is a chance this will mean that headcount will need to be reduced, or that full-time workers will need to take hours cuts to become part-time. Right now, before it's too late, it's time to start thinking about what this means. The first, perhaps most brutal step in planning for a recession is having the difficult conversations about who should stay and who is perhaps a luxury.

For high performers within an organization, it's time to figure out how to keep them around and happy. This might mean thinking about other roles that they might be suited for, in case their position has to be eliminated or in case someone in another role is let go due to budgetary constraints. Right now might also be a time to think about who has earned (or is on the verge of earning) a promotion. Sometimes there might be a way to save budget by promoting a younger employee, as opposed to filling a role through an external hire. Generally speaking, raises tend to be less than 5%, whereas job hoppers generally hope to make at least 10% more.

The calculus will change during a recession, as employees who have been let go will be on the lookout for a new role, and often take the same pay they had before, or are willing to take less to ensure an income. In other words, right now is the best time to be certain that your best performers are being treated as well as possible.

The flip side to this equation is understanding who you're able to part with during budget cuts. Naturally, every manager will have some sort of gut reaction to how a team can be reshaped, but "trust your gut" isn't always the best approach. Right now is a critical time for performance reviews, as they can help to shape a clearer picture of how things truly operate, as opposed to how a manager sees the world.

Two types of reviews should be considered at this point:

One final thing to consider across an organization is the level of multi-functional talent. When looking over resumes for potential candidates, seasoned recruiters will look at their progression within the industry to zero-in on what they've done for the last five years. We want to see a natural advancement within their department, but it's especially helpful for them to have worked in different departments on property. The same should be true when evaluating internal teams. You may have a front desk employee who is quite valuable in helping out the sales team (or visa versa). Roles will continue to change, even if there are less of them… that means flexibility will be critical.

The flipside of knowing what you've already got on your team and contingency planning is knowing that other properties and companies may not be as prepared for a downturn. Competitors may find themselves in a situation where they must rush a series of decisions. After all, colloquialisms like "last one in, first one out," exist for a reason. With the idea that undervalued talent could become readily available, it's important to revisit a company's hiring policies and approach before things get tight. This will leave a hotel or tech company in a position where they can rapidly add an influx of talent before the rest of the industry knows it was available.

The first step in being able to pounce on a quality candidate is to create a rush-lane. The market crashing oftentimes means layoffs and doors closing. These both equal great talent out there for the taking. While it's never a good thing to have a slow hiring process as time kills all deals, this is an even more crucial time for the sense of urgency to take over.

If you're a hiring manager who finds an ideal candidate suddenly available, you must make it clear to all employees involved in the interview process that hiring employee x is a priority. This may mean clearing some time on the calendar for all employees involved in the interview process. It might also mean allowing a typical hiring committee (3-4 interviewers) to run leaner (2-3) in order to expedite a decision. After all, if 3 out of 4 love a candidate, there is an excellent chance the 4th will as well. Of course, if 3 out of 4 in your company love a candidate, it also means your competitors may feel the same. Take no longer than 24 to 48 hours to extend an offer. Candidates that are left to wait too long to receive an offer will go on to accept other jobs. Again… speed is of the essence.

The second component to being a fast mover is to actually try to get out ahead of layoffs. Generally speaking, employees have a good idea of when things are heading south, and many will begin taking proactive steps before they're let go. Their sixth sense, combined with a hint of water cooler gossip, usually offers a pretty strong idea of what will happen in an organization. As such, leaders who believe they have an opportunity to add headcount should be aggressive in getting their name out into the marketplace.

One of the best ways to do so is to host an on-site job fair. While these are typically run by larger boxes, smaller properties and startups can be incredibly successful by inviting prospective employees into their offices for what is essentially a speed-date. There are different ways to get the word out of your upcoming job fair and cost can widely vary, but social media forums like Facebook, Twitter and Instagram are generally inexpensive, assuming you have a bigger following or post in the right forums. LinkedIn is generally able stakes for candidates, whereas sites like Glassdoor and Comparably are a good way to attract somewhat active candidates who believe their role is at risk.

Don't forget to utilize your ATS (Applicant Tracking System). Candidates apply through the ATS and provide their phone numbers and email addresses, which allows a property to get in contact, even if some time has passed since a candidate applied. After all, if a company has been forthcoming about why they are moving in a different direction (perhaps salary and experience didn't align), there is a chance to attract back talent that slipped through the cracks.

And when the role might send a mass email about the job fair and openings. Even if the candidates applied years back, their careers haven't stopped. They've gained experience and may even be in different roles altogether. Plus, candidates within the industry usually know others within the industry and can spread the word. This means that someone that wasn't a good fit in the past may be a great fit today.

Preparing for a down turning market is all about having a plan in advance. Making a bad situation work for your organization can save jobs and position the organization to survive, and thrive. All that's needed is an embrace of rainy Mondays.

Zoe Connolly is Hospitality Spotlight’s founder and CEO. For more than a decade, she’s pioneered innovative and proactive recruiting efforts, connecting the best talent with the best companies, across all levels of organizations. In her career, Zoe has worked with a variety of companies, from startups to Fortune 500 firms.