Political Turmoil in Latin America: What Effects on Tourism Demand?

By Giuliano Bianchi, Assistant Professor - Economics at EHL and José Manuel Leguizamón Tiusabá, Research professor at the Faculty of Administration of Tourism and Hospitality at the Externado University of Colombia 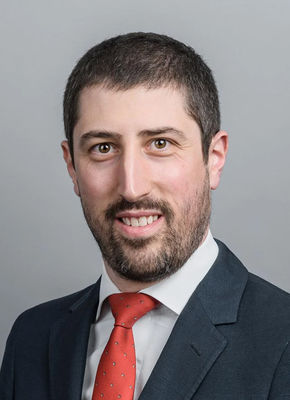 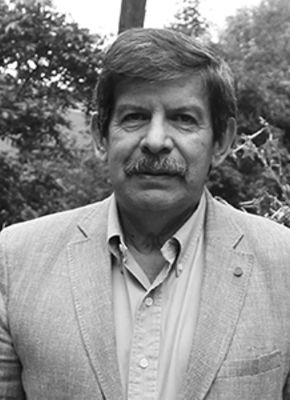 What are the effects of the recent political turmoil in Latin America on the region's tourism demand? Relying on a simple microeconomics principle, the concept of externalities, this analysis helps to explain why there is so much unrest in South America and its impact on the tourism sector.

For those of you who may be feeling lost already, let's begin with a brief summary of recent events in Latin America from a specifically political viewpoint. In Bolivia, former president Evo Morales fled to Mexico last November after calls for his resignation just prior to a coup. Chile is facing widespread protest following an increase in public transport fees, which was simply an excuse for demonstrating against a long-felt repression. Mexico has a new government and a continuing drug trafficking problem - in 2019 there were over 28,000 murders and the authorities were forced to release drug-trafficker Ovidio Guzman, son of El Chapo. While the Brazilian Amazon is burning, protests are also on the rise against hardliner Jair Bolsonaro. In September 2019, the Peruvian President dissolved Parliament thereby starting a constitutional crisis. On 21st November 2019, Colombia started the so-called 'cacerolazo' (angry demonstrations that involve hitting a cazuela pot) due to reactions against the labor, tax, health, educational policies and the consolidation of the peace process. Meanwhile in Venezuela, Maduro's government is still in deep social crisis, resulting in the largest migration without precedent in the region, (more than 1,400,000 Venezuelan migrants arrived in Colombia alone in 2019, of which about 30% remain in irregular and poor conditions). Every day, thousands of Venezuelans are trying to reach the frontier with Colombia, which in turn is attempting to escape economic and institutional crises.

It's easy to think of much of Latin America as being up in arms. It almost seems a joke, but as a matter of fact, it's not. To explain it, we should rely on the concept of negative 'externalities'. A negative externality occurs when a person is negatively affected by the behavior of someone else. Externalities carry not one but two problems. The first problem is clear: someone is suffering a cost (we can call it a direct cost). The second problem concerns the fact that the activity that generated this cost is over the optimal level (indirect cost). For example, consider a firm that pollutes and spreads a disease among the nearby population. The cost that the population sustains for treating itself it is a clear and visible cost (direct cost). However, because the firm does not account for the health costs generated by its action (which are paid by the population), it does not include them in its analysis. What follows is that the firm accounts for a lower cost than what it actually should be sustaining. Hence, it will produce more than it should (indirect cost).

The economic concept of externalities can help us understand what is going on in Latin America in two ways. Firstly, it helps us see why social political unrest is so widespread and 'contagious' all over the continent. Secondly, it shows how tourism demand is affected in the short run.

To understand the first outcome, consider a country that goes on strike. The protest does not simply impose a cost (or a benefit, depending on which side you are on) only on that country (direct cost/benefit), but also on nearby countries (indirect effect). To understand this, we need to recall Macchiavelli's The Prince: if a population obtains something by protesting, then other populations will see fit to rebel against their prince, as long as something can be obtained. This explains why less stable regions face waves of protests rather than just isolated cases. When a protest rises up in Latin America, there's the chance that it will spread over the whole South American continent.

The externality concept highlights why Latin American hoteliers and tourism-related businesses should be extremely worried. While it is easy to see that a protest is bad for business (direct effect), the indirect effect (the externality) is less clear cut. If a Latin American country goes on strike, then it signals that there is turmoil in the whole region. In other words, a protest in Chile or in Colombia discourages tourism demand not only in Chile but all across South America. For the tourist considering Latin America as a possible destination, Latin America is an entire destination with few differences. While it is clear that Italy is not France, it is less clear to a tourist that Colombia is not Venezuela and vice versa.

According to the UNWTO Barometer (2019), the Latin American and Caribbean region received 62.7 million visitors in the last year, despite its participation in the global context being quite low (4.5%) [1]. Although the region is diverse and fragmented, it has commonly acknowledged attractive features: huge cultural wealth, exuberance of its nature and recognized hospitality of its locals. On the downside, the security problems - whether real or perceived - significantly affect the tourist image of the region and detract from its enormous potential. Poor regional differentiation tarnishes the continent as a whole in the eyes of the travel market.

Co-author of this article, Professor Manuel Leguizamon, recently pointed out in his report Colombia 2019 [2] that "in this context, the seizure scenario in which some countries of the continent have been immersed (…) may undermine the increasingly entrenched reputation of the territory as a national destination, it is difficult for a European, an Asian or an American to clearly differentiate between the context of Colombia or that of Bolivia or Ecuador or Chile, as the traveler takes the region into consideration. This affects the travel decision."

There are two main reasons behind this lack of differentiation among Latin American countries. On one hand, regional tourism in many Latin American countries is a developing market: infrastructures are still missing, workers are not yet fully trained, destinations are still not completed or ready to host guests and schools are just beginning to invest more in hospitality education. On the other hand, tourist offices are lacking in clear communication, their marketing strategies are not fully defined and a targeted tourism market segment is missing. A lot more could also be done in terms of coordination among tourist offices in the region.

The problem that South American countries have to address in order to avoid this type of negative externality, is to better define their differences. There is a need for more precise marketing and communication. Regional tourist offices should better target their customers, define a clear market niche and convey a more effective message. As things stand now, Europeans, Asians and North Americans consider South America one destination without making the proper distinctions. As for their marketing strategy, these countries must propose highly differentiated destinations and products to the tourism market. For now, Venezuelan arepas and Colombian arepas might as well be the same thing … when in fact they are quite distinct!

José Manuel Leguizamón Tiusabá is a research professor at the Faculty of Administration of Tourism and Hospitality at the Externado University of Colombia, where he has carried out several researches on the preservation and transformation of traditional Colombian cuisine and gastronomy.