Will the COVID-19 Pandemic Presage Another Once-a-Decade Contraction in Tourism?

Since 1990, the tourism industry has weathered three major negative demand shocks, roughly one per decade. Welcome to the fourth. 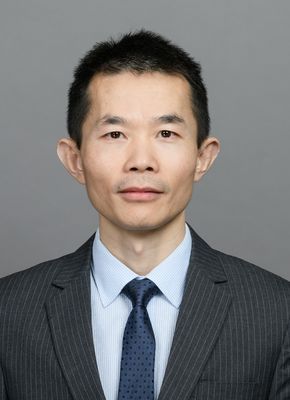 A difficult time on the horizon

Had the novel coronavirus not occurred, 2019 would have been hailed as another year of stellar growth in the global tourism industry. The strongest growth would have been recorded in the Asia-Pacific region not only as a tourist-generating region but also as a destination. In particular, China had propelled the global tourism growth in terms of both tourist numbers and spending over the past decade. Chinese outbound spending outstripped that of the United States in 2012, and by 2018, Chinese tourist spending amounted to US$277 billion. A McKinsey study estimates that Chinese outbound spending was due to reach US$315 billion in 2020 [1]. Prior to the COVID-19 outbreak last December, the Hong Kong protests, which had started five months earlier, already took Hong Kong inbound tourism—nearly 80% of which is made up by mainland Chinese—to the brink of collapse. The COVID-19 pandemic has certainly exacerbated Chinese outbound tourism, as more and more Chinese would usually divert to Japan, Korea and Europe - regions which are being hit hard by the virus.

Before COVID-19 swept Europe and the United States, nation- or even city-wide lockdowns, which used to be thought of by many as ineffective and costly, seemed to obtain some legitimacy in many countries for containing the spread of the virus on the one hand, and preventing medical systems from collapsing on the other. Given the fact that no effective treatment is available, preventing mass infection through lockdown may not only be an expediency but also a panacea for solving the problem in the short run. Yet, not only is lockdown imposing vast social and economic costs, it is also very detrimental to the tourism industry among others. The logic of tourism business is plain and simple: if there is no flow of people, there is no tourism. Insofar as people stay indoors, tourism starts to contract and businesses halt. The detrimental effects on the industry are as contagious as the virus on humans. The tourism industry just has been inundated with considerable misfortunes: employees furloughed, airlines grounded, hotel shutdowns and theme parks padlocked across the world.

Demand shocks and fickleness in tourism

By no means is the tourism industry a stranger to negative demand shocks, but the contraction of the tourist economy due to the COVID-19 pandemic is certainly unprecedented. Over the course of the three decades since 1990, the tourism industry has weathered three major negative demand shocks, roughly one for every decade. The first was the early 1990s recession due to the oil price spike and loss of consumer confidence in developed countries. In the U.S. hotel sector this demand shock led to a 10% decrease in revenue per available room (RevPAR) in 1990, during which the size of the global tourism market in terms of tourist numbers was a third of what it is now. China did not become a major player in the global tourism market until 2007 when it displaced Japan as the largest source market in terms of overseas spending in Asia. Yet, the first contraction was pretty mild compared to the second in 2000−01 and the third in 2007−08, which led to a decrease of 23% and nearly 28% in RevPAR respectively in the U.S. hotel sector.

The fourth contraction would have begun earlier than the COVID-19 pandemic because of the instrumental role that China has played in both global tourism and economy. In fact, the growth of Chinese outbound tourism has been stagnating since 2013. It hit a record low in 2020 or 2021 due to the triple whammy of the China-U.S. trade conflict, Hong Kong protests and now the novel coronavirus outbreak, factors that have come one after another. Last year saw a drastic fall of RevPAR in major destinations of Chinese outbound tourism. Hong Kong, which largely depends on mainland Chinese tourists, recorded a 26% decrease in RevPAR in 2019. The ramifications of the demand shock on Hong Kong's economy, such as retailing and other consumer services, was more pronounced than on the hotel sector alone. Besides Hong Kong, destinations in Southeast Asia and Oceania recorded a decrease of up to 10% in RevPAR. STR's recent data shows that hotel occupancy in China, the largest domestic market in the world, plummeted from 70% on January 14th to merely 7% on February 2nd, manifesting the immediate effect of COVID-19 on hotel performance.

"Business cycle" in the hotel sector

As a relatively competitive sector in the tourism industry, hotel, along with airline, is perhaps among the most sensitive and fickle to external shocks. The short-run impact of negative demand shocks on hotel performance is manifested as the concurrence of low average daily rate (ADR) and low occupancy, and hence low RevPAR that can drive the profitability of the hotel sector down to the brink of shutdown. If the impact of demand shocks spreads across the tourist economy as a whole and lasts long enough, this causes a contraction on the supply side and the whole industry inevitably slides into recession. Evidence has shown that the business cycle, if any, in the hotel sector may last up to 10 years, which has a lot to do with the change of investment in fixed capital. While the expansion of hotel supply relies on building up new hotel properties, the sharing accommodation model has changed the supply of the lodging sector as a whole, making supply as flexible as demand. Therefore, the tourist economy could recover sooner than it has in the past three contraction periods.

By coincidence, the 2019−20 period marks the fourth contraction in tourism in general and in the hotel sector in particular since 1990. The previous three demand shocks led to decreases in hotel supply as well as in capital investment in other hospitality sectors. After tourism demand hits the bottom, evidence has shown a two- to three-year window for the growth of supply to reach the trough, leading to the contraction of the industry. In the 1990s recession, the growth of hotel supply in the U.S. measured by room numbers, dropped from 4% prior to the recession to 0.5% in its aftermath. The contraction of the hotel sector between the late 1990s and mid-2000s was not only the longest so far, but for the first time, hotel supply experienced a negative growth in the U.S. The severity of the contraction in the hotel sector was due primarily to the 2000s economic recession while exacerbated by the 9/11 terrorist attacks.

COVID-19 to presage another contraction

In previous three contraction periods, hotel operating expenses, in particular labor costs, decreased by 6%, 10% and up to 14% respectively in the U.S. Such immediate effects are evident during the pandemic of COVID-19. The furlough of employees in the hotel and airline sectors had been executed a couple of months earlier in Hong Kong due to the Hong Kong protests. The outbreak of COVID-19 is exacerbating the situation now. Major players in the industry in Europe and the U.S., such as Accor, Disneyland and British Airways, are furloughing their employees one after another, hoping to weather this crisis through cutting operating expenses. Besides preparing to furlough 30,000 cabin crew and ground staff, British Airways has reached a deal with its 4,000 pilots for a 50% pay cut over two months [2]. The World Travel and Tourism Council (WTTC) estimates that the COVID-19 pandemic could cut 50 million jobs worldwide in tourism, which makes up 10% of global employment. If the pandemic cannot be contained and consumer confidence be restored soon, the furlough would not be able to turn business around, thereby inevitably leading to the bankruptcy of businesses.

The long-run effects are also surfacing in airline and cruise line sectors. In March, at least three regional airlines filed for bankruptcy in the United States and United Kingdom [3]. This is more likely to be succeeded by the hotel sector. According to Financial Times on April 2nd, over half of Accor's 5,000 hotels worldwide have been shut down, and the figure could rise to over two-thirds in the coming weeks [4]. Accor may also have to cut annual general and administrative costs by €60 million for 2020 and reduce capital expenditures such as hotel renovations by a further €60 million [5]. While hotel chains might be able to weather the crisis, a vast majority of economy hotels may go bankrupt sooner or later if the pandemic persists. The crux of the hospitality industry is that it is a human business. It pays off to inject investment in human capital and service provision when tourism demand is robust. Yet when thriving takes a back seat to surviving for businesses in the pandemic period, services might be regarded on the cost, instead of revenue, side of the hospitality economic equation. The act of hospitality lies at human connection, which is currently being severed by the pandemic. The challenge for the industry is to find ways of reviving this connection in a time of great difficulty.