Hospitality Sector Should Prepare for an Extended Stay from COVID-19 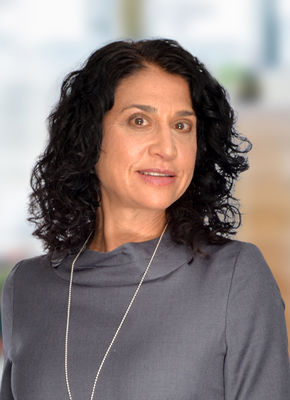 "The impact to our industry is already more severe than anything we've seen before, including September 11th and the Great Recession of 2008 combined." A chilling statement from Chip Rogers, President of the American Hotel & Lodging Association (AHLA) on March 17—just as COVID-19 was starting to unleash its global fury.

Perhaps no other industry has been as bruised and battered by the coronavirus as has the hospitality sector. To understand the full scope, you need to look at the impact on the providers who support this $1.6 trillion industry. From farmers to engineers to cab drivers to bartenders, the list of professions impacted by the decline in travel goes on. Many hotel properties that were running at 70% occupancy are now below 5%, and the industry is in danger of losing four million jobs along with $3.5 billion per week. With numbers like these, there's no "silver lining" and with all of the pain and uncertainty that remain, how can we realistically talk about a "new normal?"

The Bottom of the Curve?

But to remain vital, the hospitality sector does have to plan for a tomorrow. In fact, industry CEOs are looking at a recovery period of 12-18 months, or potentially shorter if a vaccine is discovered. Industry analysts are closely watching the Asia Pacific and China recoveries as an indicator for how demand may rebound throughout the rest of world. Ninety percent of hotels in China are now open as compared with 50% in February. Occupancy levels at hotels in greater China have increased to approximately 20% on a month-to-date basis, which are up from the low-to-mid single digits in mid-February. So far, the China recovery has been slow. While it is difficult to find any glimmers of hope in the data and the news, we seem to be close to the bottom of the market and things can hopefully only go up from here.

The one thing that is certain right now is uncertainty. Nevertheless, here are a few things that could be in store for hospitality companies and their customers today, tomorrow and for the foreseeable future:

The knock on the big established chains was that they were slow to change and adapt to consumer preferences. This led disrupters such as Airbnb to become serious players in hospitality. For companies to survive this pandemic, they have no choice but to be nimble and customer-centric. Combine that with doing the right thing for employees and the community, and these companies will be best positioned for the recovery.

The hospitality industry will bounce back once travelers and companies regain trust—which probably will be later rather than sooner. However, thanks to the enormous amount of pent-up demand for both personal and business travel, the hospitality industry may reach even greater heights than before the pandemic.

Deborah S. Friedland is a Managing Director in EisnerAmper’s Financial Advisory Services and Real Estate Groups. With more than 25 years of experience, she is also Practice Leader of Hospitality Advisory Services. She has been involved in the successful turnaround of numerous hotels, resorts, restaurants, and mixed-use properties.