The Impact Of COVID-19 In The Hotel Industry – Brazil Overview 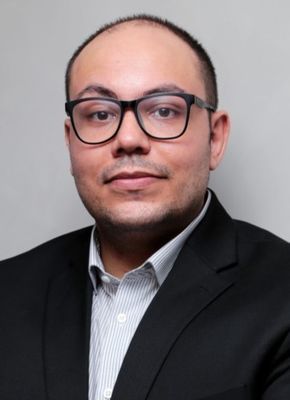 In view of the advancing Coronavirus over the past few days, the economic impact starts to deepen and takes bigger steps around the world, mainly reflected by issues due to the drop in consumption and production, the stock market and supply chains, and this serves as a wake-up call for all the world even for those powerful countries in the European Union as a possible economic recession is looming.

Globally, the tourism and hospitality ecosystem has been severely impacted mainly from the point of view of demand and this is extended to companies in the entire chain such as airlines, hotels, car rental companies and cruises.

The airlines, which are the most impacted companies, are clearly contributing to negative cascading effect on some other market segments. They initially started cutting all long-haul international flights to Asia but in some countries, such as Brazil, this has already affected domestic flights, showing us a massive drop of 91,6% in air traffic across Brazilian skies and an emergency package proposed by the government with four measures in order to support them.

It is not by chance that the IATA (International Air Transport Association) shows pessimistic forecast and alarming figures highlighting especially countries in Asia, Europe and the Middle East, which have the largest amount of cases. The next update of the report may include Brazil in the list once the criteria used by IATA is to highlight countries with more than 10 cases.

Here in Brazil the current scenario really starts to worry people and government once day by day the number of cases is showing an increasing curve. As of April 18, 2020, Brazil is the Latin American country with the highest number of confirmed cases of coronavirus disease (36,599).

Different from other countries we predict the peak of the outbreak will start in May, it shall last between 3-4 months and another 6-12 months in recovery. There are some particular reasons for a longer duration that are not good (unfortunately) such as measures not being respected by society.

Not different from Europe, North America or any other country in the world, Brazil is going through a perfect storm in these next days and this has been already started bothering C-levels and making them lose sleep at night to worrying about the performance and finance of the hotels.

In China, we saw Hilton and Marriott Hotels & Resorts closing temporarily 150 and 90 hotels respectively. In the U.S., according to Chip Rogers, president and CEO of the American Hotel & Lodging Association, there are about 25,000 hotels, which could be closed in the next few weeks, at least temporarily. Over here, we have lots of hotel chains announcing temporary closures of some properties and this includes AVIVA Group, Tauá Hotels & Resorts, L'Hotel Porto Bay Hotel, ICH Hotel Group, Laghetto Hotels, SERHS Natal Hotel, Bourbon Ibirapuera, Unique Hotels, Tivoli Hotels, Four Seasons São Paulo, Accor Hotels with approximately 300 properties and many others.

In Brazil, despite all concerns and precautions, we seem to be seeing only the tip of the iceberg at this moment, unable to measure the real impact that this may bring over the next months. If we remember historical cases of viruses such as SARS, MERS, Anthrax, Ebola and Zikavirus, being some more serious than others, let us feeling apprehensive, but did not have economic consequences that lasted a long time. However, time for ensuring market stability should also be taken into account.

On the side of Revenue Management there are two perspectives that will require greater attention and control being Pricing and Forecasting, exclusively because these activities may end up affecting the relevance of historical data, the ability to predict the future with greater assertiveness and deal with cancellations at the present moment.

Speaking of which, on this last point, we have several events cancelled with more than 100 people in the biggest business city in Brazil and a big part of them not only in Q1 but also in Q2. The MICE and Corporate demand is dropping at a higher rate once according to ALAGEV - Latin American Association of Event Managers and Corporate Travel (free translation in English) - 79% of the corporate travels were cancelled, 20% postponed and only 1% maintained, according to 309 travel management professionals who attended the survey.

Generally speaking, I predict a long stabilisation period for the hospitality industry in Brazil. The domestic flights will resume in a gradual manner and not all at once from August, the corporate events from November and a higher hotel open rate as of June (currently this number is around 45% in São Paulo).

Insofar as the facts happens, the speculations accompany the uncertainty and the simple question comes to our minds: "Should I go or Should I Cancel?" And this is a matter of a deep concern initially starting with the area of Revenue Management identifying slower booking pace, shorter pick-up and cancellations of the most diverse market segments, and subsequently, reporting to other areas.

The following interesting graph shared by Tallis Gomes, Founder of Easy Taxi (unicorn company from Brazil), brings a view that I fully share. Despite all the market turmoil, it is worth highlighting that this is not the only and the worst scenario or crisis we have already experienced on the Stock Exchange. Similarly, the Stock Market took about three months to recover from the so-called "Joesley Day".

Well, what about the optimistic side of the story? Yes. It exists! I would say that it starts with the capacity that each one of us has and it means to see different perspectives on the same fact. Secondly, it is the ability to remember facts and historical data that have passed over the years in terms of economics and politics.

This moment must be treated cautiously and it is better to mature on optimism than to let fear and despair take hold of us. Our economic scenario remains favorable, especially when compared to historical facts of previous years. Although control is out of our hands, our resilience is already being tested.

For all those who want to know more about market opportunities get in touch with me. It will be a pleasure to assist you.

Felipe Touro is Corporate Revenue Manager at Hotelaria Brasil, a hotel management company in Brazil. He has over 13 years of experience in the hotel industry as executive in the area of Revenue Management and Account Management. He is member of the leadership team responsible for the implementation and pre-opening of the 1st Hampton By Hilton in Brazil.