Crisis Management: What Hotels Can Learn From "Friends" 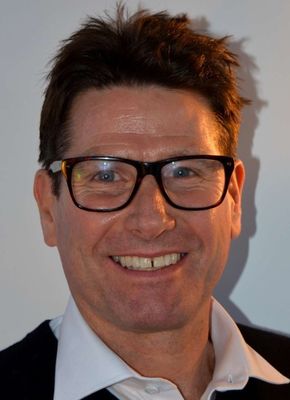 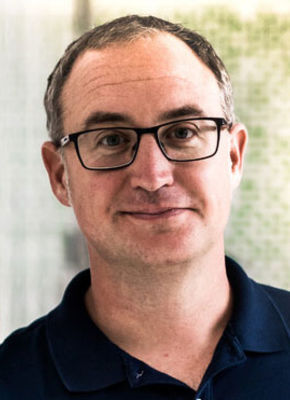 THE ONE WHERE WARNER REGAINS CONTROL

"So no one told you life was gonna be this way." If you (at least, mentally) rhythmically clapped your hands four times after reading this, you're not alone. According to a Nielsen's report, in fact, the famous '90s sitcom television series, Friends, is the second most-streamed show on Netflix. If you look closely at the streaming platform's most-watched shows, moreover, you'll notice that most of them are "licensed contents," meaning that they were not directly created by Netflix but by some external studios which, simply, granted Netflix the right to broadcast them. "Though we strive to keep the content you want to see," you can read on the famous streaming app's help page, "we acquire licensing rights for TV shows and movies for a certain period of time so, if a TV show or movie you love is leaving, it indicates that our licensing agreement with the content provider is about to end." And, in Friends' case, that's exactly what is happening: while I write this, the adventures of Rachel, Monica, Phoebe, Joey, Chandler, and Ross, originally produced by Warner Bros, are being moved to WarnerMedia's own streaming service, HBO Max, at least for the US viewers.

When Netflix entered the streaming service space in '07, the competition was basically nonexistent. Thirteen years later, however, the situation is way different, and most studios are regaining control over their contents by becoming both producers and distributors of their shows. The Friends/HBO/WarnerMedia one is a good example, and the launch of DisneyPlus is, perhaps, an even better one. With a catalog composed of franchises such as Pirates of the Caribbean, Grey's Anatomy, The Muppets, Star Wars, Marvel, and Pixar, it's not so far-fetched to think that in the near future, all of Disney's production will be exclusively available on its proprietary streaming platform. What's happening can be labeled as "Streaming Darwinism:" once studios (eventually) understood the potential of streaming, they decided to get a larger slice of the pie. And, with over 50 million active subscribers, DisneyPlus proved that this cut-the-middle-man approach does work.

THE ONE WHERE HOTELS LOSE GRIP ON THEIR DISTRIBUTION

Now, let's try to apply this apparently linear paradigm to the hospitality industry: you have "content creators" (hotels) licensing their "contents" (rooms) to an oligarchy of online marketplaces (OTAs, metasearch engines, hybrids). And, no matter how hard they try to regain control over their distribution, it looks like hotels are becoming more and more dependent on third-party distributors every year. According to PhocusWright [1], "OTA lodging bookings in the U.S. exceeded total hotel website gross bookings," as early as 2016, with an even faster pace of growth "in the more fragmented hotel markets of Europe, Asia and elsewhere." And the main reason for this trend, at a closer look, can be hidden in a question that's especially relevant today: how does our industry react to crisis?

THE ONE WHERE CRISES ARE OPPORTUNITIES IN DISGUISE

If we look at the latest one hundred years of humankind's history, the sole pattern is that crises are far from being the exception, rather the norm. From the Spanish Flu to the American Great Depression of the 1930s, up to more recent examples, such as the AIDS epidemic, the dot-com bubble, 9/11, and, of course, the COVID-19 pandemic. Over the course of history, it seems, crises have been a constant in the human condition. And, if it is true that most crises carry with them a halo of randomness, it is also true that the human's approach towards them plays a crucial role.

In 2008, psychologists Vaish, Grossmann, and Woodward published an intriguing paper titled Not All Emotions Are Created Equal, in which they discuss what is known as the negativity bias. "There is ample empirical evidence," the authors write, "for an asymmetry in the way that adults use positive versus negative information to make sense of their world." From a medical point of view, therefore, our attitude toward crises can be almost entirely psychological, if not neurological, rather than factual, and this bias can easily cloud our ability to identify causes and effects and react. Examples of positive outcomes from dire situations, in fact, can be found all throughout history: WWI, with its 16 million casualties, was a brutal one, yet it opened the doors to the work world for women (forced to replace their husbands in factories and offices). Eventually, this shift resulted in women being given the right to vote. Sure, when placed next to universal topics such as the fight against gender discrimination, then economic concerns become almost a frivolous matter, but crisis management in hospitality remains an under-discussed, yet fascinating, subject.

THE ONE WHERE HOTELS CUT INVESTMENTS

In her publication, "The impact of economic crises on tourism and hospitality," writer Soultana Kapiki defines an industry crisis as being made of three elements: a triggering event, the perceived inability of the industry to cope with the change caused by it and a threat to the very existence of tourism organizations. Even though quite informative, and one of the few academic publications on the topic, Kapiki tends to analyze the impact of crises only in superficial terms, such as decreased RevPAR or GDP contribution. These are the obvious, direct consequences of a crisis, but there are other, less visible (yet not less important) indirect side-effects. One, in particular, is the increase of guest cost-per-acquisition and dependency on third parties. "After 9/11," Jason Price, former executive VP at HeBS Digital, wrote on a brilliant article, "hotels turned to the OTAs to help sell room nights [...] Not fully understanding the consequences, hotels locked themselves into OTA contracts that required steep discounts, ever-increasing inventory, and multi-year agreements". Similarly, OTAs tightened their position after the financial crisis of 2007-08, when hoteliers, out of desperation, became less picky with the source of their revenue.

Let's face it: in challenging times, it's safer to outsource distribution rather than betting on less expensive, yet less effective channels. During crises, hoteliers look for volume, while in times of abundancy, they look for lower cost-per-acquisitions and, over the years, this approach shaped a clear pattern: with every crisis, hotels tend to move more and more into their marketing comfort zone and, when they eventually try to come out of it, it's usually too late, as the grip on their distribution is never fully regained. Interviewed on the subject,

Quentin Lederer, CCO at wihp, a french web agency specialized in advertising for independent hotels in EU, confirmed this trend. When, a few months back, the number of new COVID-19 cases in Europe became greater than those in China, especially, hotels started erring on the side of caution with their marketing investments and played the wait-and-see game. According to Lederer, the drop in budget invested dropped by 50% in March and reached an all-time-low (-95%) in April. "May," Lederer stated, "looks much better, yet, mainly due to chains. Independent hotels are being very cautious with their spending."

And this approach, inevitably, directly impact direct revenue. In a revealing piece, D-EDGE [2] showed how direct revenue for hotels dropped by a stunning 23% in just five years.

THE ONE WHERE GUESTS DON'T CARE ABOUT BRAND.COM

COVID-19 stuck hard, no doubt about it. And big distributors were affected as well: goliaths such as Airbnb, TripAdvisor, and Agoda were forced to cut up to 25% of their workforce, yet they never really drained the marketing budgets dry, not to mention the fact that Google conveniently launched two travel-related advertising products (Property Promotion Ads and GHACP/Pay-Per-Stay) when the pandemic hit harder. During crises, OTAs do a better job in exploiting opportunities and consolidating, where hoteliers get stuck with their peripheral entrepreneurial vision, and the trend is not going to revert anytime soon. The recent controversy about OTAs taking unilateral decisions on cancellation policies and force majeure clauses seems to fit with this master scheme.

But. There's a but. Imagine what would happen if the big brands chose to follow the lead of the studios. What if, tomorrow, all the Marriott's and Hilton's inventories simply disappear from OTAs? It seems the studios have the confidence to do this, while hotels don't. This lack of confidence can be due to the fact that hotel rooms are essentially perceived as commodities: if I can't find a Marriott on Booking.com, then I'll be able to find a suitable, non-branded alternative nevertheless. On the other hand, if I can't find Friends on Netflix, I'll have to settle for something different, yet similar (How I met your mother, for example). In other words? Marriott knows very well that IHG & Hilton will benefit if they leave Booking or Expedia (and vice versa). To really drive Brand.com adoption, therefore, big brands should unilaterally agree to abandon OTAs or, at least, get better terms. This shift will change the paradigm significantly in the branded hotel industry. Of course, independent properties (such as indy studios, to keep the movie comparison going) will have no choice but to distribute their content on multiple channels, yet having all the big brands' inventory out of Booking and Expedia, will decrease the power of OTAs, a decrease that can -by association- benefit independent hotels as well.

In a not-so-distant future, hotels could be excluded entirely from their room distribution process, managed by an oligarchy of multinational players.

Signs are everywhere, and when an industry leader such as Marriott decides to make Expedia the "exclusive global optimized distributor" of its wholesale rates, availability, and content, the industry must ask itself if a distribution entirely managed by intermediaries could become the norm.

Because, let's face it: in the eye of the viewer, watching Friends on Netflix or on HBO Max does not really change the quality of the show, just like, in the eye of the traveler, booking on Agoda or on your official website does not affect the final travel experience, it only affects the profit of hotels (and Hollywood studios) are able to make out of their products/services. Winston Churchill once said that one should never let a good water crisis go to waste, and I agree. Because a crisis, per se, is not the cause of a negative outcome: immobility is. When faced with an alarming drop in occupancy due to 9/11, hotels could have made a different choice (or, at least, A choice). But they didn't: they passively hid in their comfort zone, and OTAs exploited the opportunity. The same happened in 2008, and the same is happening now with the COVID-19 pandemic.

And when the next crisis strikes, it could be too late to change things.

I value human interactions and experiences deeply, so it is not a surprise that early in my career I switched from engineering to travel. For the past 20 years I have combined my technical background with my passion to provide enhanced customer experiences by working with the most innovative companies in travel technology.

Stephen has been tinkering around with the internet since 1994. With nearly 20 years spent in the trenches of hospitality and travel technology building product and integrations in distribution, cross border travel VAT refunds, hotel guest services, and data analytics, he has a broad view of the technical challenges and opportunities facing the industry today.

Sciant is an IT solutions development partner serving specific industry sectors including Travel and Hospitality, Logistics and Transport, Fintech and Banking, working worldwide for both large enterprises and fast-growth startups.

Established in 2016, Sciant is headquartered in Sofia, Bulgaria, with a second office in Olomouc, Czech Republic.