Survival Of The Wisest – Embracing Wisdom Under Pressure 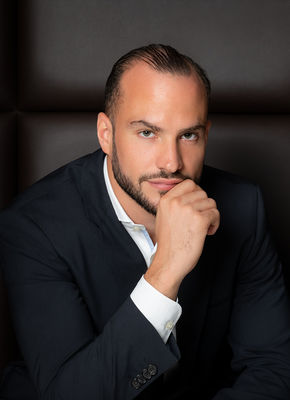 Without a doubt, 2020 has been an unprecedented year … and it's not yet over. While it would be unfair to say that the hospitality and tourism sectors were hardest hit when the struggle has been global, this year has certainly forced us to face up to inevitable questions around our future survival prospects.

For us, however, our trust in the fact that we would see the industry return to its previous standing was always a question of not "if", but "when". While many of our counterparts were conducting their future modelling around whether a recovery was even possible, we were focused, rather, on preparing for that future date when we would resume business as usual, as well as what was required of us to keep going in the meantime.

In 2019, the hospitality industry - and, more specifically the travel and tourism sectors - accounted for more than 10% of global GDP, both directly and indirectly. Additionally, one out of every 10 jobs was within the sector, representing more than 300 million jobs globally. An examination of these numbers reveals the depth of the crisis, and the critical role that our sector plays in terms of not only the industry but in the lives of all the staff members - and of course, also their families. The social impact in terms of economic development, especially in emerging countries, can be transformative.

Yet, the industry has also been late to the party in terms of its willingness to embrace to rapidly adapt while embracing change and technology, and leading with innovative solutions. While systems have been incorporated to better support control of productivity and to boost cost efficiencies, we have yet to really innovate with a view to contributing to the "social good", which I believe to be a crucial measure of positive ingenuity.

Looking to the future as we near the end of 2020 gives us the chance to remember everything we had, but perhaps did not cherish enough. It also marks an opportunity to create a new environment in which our behaviours and decision-making contribute to the evolution of better societies and more solidarity. Our future should be dictated by the desire to impact communities positively and to support everyone's efforts to succeed.

We recently proactively announced the launch of Radisson Individuals. The name itself celebrates the individuality we wish to promote, but also the responsibility we have towards our industry as a whole - and more so the thousands of jobs that could be in jeopardy going forward. Following the negative impacts of COVID-19, we believe that what we have to offer will be attractive to many independent hotel owners eager to maintain their autonomy and historical legacies, but seeking the benefits a group like ours can offer as they work to reinvent their establishments. We are committed to supporting local entrepreneurs across Africa and beyond, who have worked tirelessly to establish their hotels, and for whom our distribution channels, established network and procurement platforms could be a lifeline in their bid to sustain their businesses.

We believe Radisson Individuals is not only the answer to a positive value proposition within the current climate, but also paves the way to increased solidarity across our embattled sector. Our simple approach coupled with the pragmatism of that affiliation model, should open up a range of opportunities across the continent.

It is in those challenging times that we all need to come together in working proactively to find solutions rather than to seek our exclusive benefits. While some may seek to take advantage of the current situation, it will no longer be the fittest that survives but the wisest, those who work together and demonstrate a common objective. It is with that humility that Radisson Hotel Group has launched new initiatives that further support the industry and those at risk.

Based in Dubai, Ramsay leads Radisson Hotel Group’s strategic growth across Africa & Turkey, with a team based in Dubai and Cape Town. He recently expanded his role as the Head of Development for Africa, further demonstrating the commitment of the company across the continent . Tasked with increasing the Group’s hotel portfolio and footprint in his assigned markets, Ramsay is an expert dealmaker, leading transactions from sourcing through to execution.