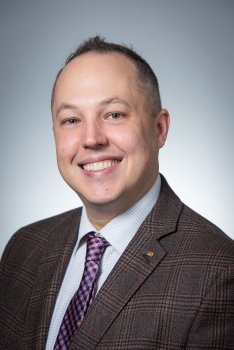 Justin Taillon high school guidance counsellor nailed his professional path when she called him a hospitality personality when handing him his diploma. Mr. Taillon subsequently spent a decade in hospitality operations including stints with Starwood, Marriott, and Hilton. In 8 years he opened 4 properties, in roles varying from intern in the housekeeping department to Assistant General Manager. In fact, his lodging career began in Food & Beverage operations while he was still in high school, he moved into hotel operations while earning his bachelor's degree from the University of Houston, and his applied lodging career culminated in an Assistant General Manager posting with Hilton. He then moved into academia, working toward higher education degrees from the University of Guelph (MBA) in Toronto and Texas A&M University (PhD). The dichotomy of applied and academic work remains integral to Mr. Taillon. Justin Taillon can be contacted at +1 206-878-3710 or [email protected]

Is Customer Service an Oxymoron or Leadership Tool for Hospitality Managers?

The Hospitality Industry's Relationship with DMOs During COVID Times

Destination Management Organizations (DMOs) such as Regional Tourism Authorities (RTAs), Chambers of Commerce, and Convention and Visitor Bureaus (CVBs) serve the communities they exist in by enhancing the local economy of hospitality and tourism service providers.
Opinion13 Oct 2020
Organization Details