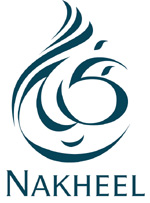 At the core of the Nakheel Harbour & Tower development is a tower more than a kilometre high and the world's only inner city harbour. The development will cover an area of more than 270 hectares and become home to more than 55,000 people, a workplace for 45,000 more and attract millions of visitors each year.

"There is nothing like it in Dubai", His Excellency Sultan Ahmed bin Sulayem said at the launch. "Nakheel Harbour & Tower is located in the heart of 'new Dubai', where we have focused on creating a true community, a location for living, working, relaxing and entertaining, for art and culture. All of this is concentrated in one area."

In line with Nakheel's role in shaping Dubai's future and creating some of the world's most iconic developments, Nakheel Harbour & Tower incorporates elements from great Islamic cities of the past - the gardens of Alhambra in Spain, the harbour of Alexandria in Egypt, the promenade of Tangier in Morocco and the bridges of Isfahan in Iran.

"With Islamic influences governing its design, Nakheel Tower has been able to reach its height of more than a kilometre. This inspired approach has enabled us to achieve a number of amazing feats of engineering, for example the Tower will be the world's tallest concrete structure," said His Excellency.

Nakheel Tower will have four individual towers within a single structure – a groundbreaking engineering feat. A distinctive crescent-shaped podium encircles the base and complements its remarkable height.

"Nakheel has sought inspiration not just from Islamic design but also from the Islamic principles of inclusion, innovation, diversity, excellence, growth and progress. These are the same principles that have motivated and guided Islamic culture and helped create its great cities throughout history. Now they are shaping the cities of the future," enthused His Excellency Sultan Bin Sulayem.

Not only has a development of this shape and scale not been attempted before, but it is also a further example of Nakheel's innovative projects that have changed the way the world looks at Dubai.

The multibillion dollar Nakheel Harbour & Tower development will include 250,000m2 of hotels and hospitality space, 100,000 m2 of retail space and huge expanses of green spaces including canal walks, parks and landscaping. The new development is geographically central to the Emirate of Dubai, at the intersection of Sheikh Zayed Road and the Arabian Canal; and will also complement Nakheel's surrounding developments including Jumeirah Park, Jumeirah Islands, Discovery Gardens and Ibn Battuta shopping mall.

Sustainability and safety will be key to the planning and design of Nakheel Harbour & Tower, with the latest standards and technology incorporated in the development.

"The inspiration for the project came from Sheikh Mohammed's vision for building for tomorrow," said His Excellency. "He is famously quoted as saying that 'before evaluating the future, we have to take a quick look at the past. For it is the foundation of tomorrow'.

"It sends another message to the world that Dubai has a vision like no other place on earth."

About Nakheel: Nakheel is one of the world's largest privately held real estate developers, and a key player in realising the vision of Dubai for the 21st century: creating a world class destination for living, business and tourism.

Nakheel is developing an iconic portfolio of innovative landmark projects in Dubai, and now in key markets around the globe, across a range of sectors - residential, commercial, hotels, retail, and leisure. Nakheel's projects are conservatively estimated to be worth US$80 billion. Upon completion Nakheel's waterfront projects will have added more than 621 miles of shoreline to Dubai's coastline.

Nakheel is a key entity within Dubai World. Dubai World is one of the world's largest holding companies and supervises a portfolio of businesses and projects for the Dubai government across five continents and more than 100 countries.