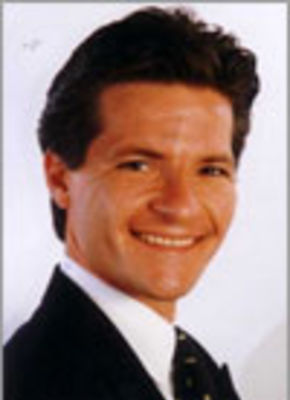 Whilst the financial community has long embraced GOPPAR (GOP per Available Room) as a reliable indicator of the free cash flow generating capacity of hotels, many operators continue to focus on REVPAR (Revenue per Available Room) measures to monitor their properties’ performances. This column argues that hotel operators should use and monitor both statistics conjointly due to the complementary nature of the information they provide.

The Emergence of REVPAR

REVPAR gained its predominance in the international hotel industry approximately two decades ago as a compromise in the traditional occupancy versus average rate discussion. REVPAR provides a common benchmark, along which hotels of different sizes can be measured against each other in revenue terms. The market shares of individual properties and hotel groups are usually derived from comparing their REVPARs to their respective competitive sets’ average REVPARs. REVPAR has become the measure of choice for hotel operators and REVPAR growth is often an important determinant in management incentive schemes.

Strengths and Weaknesses of REVPAR

The usefulness of the REVPAR statistic is undeniable. However it is important to understand its limitations as it only reflects a specific scope of a hotel’s total performance. Further, hoteliers are often tempted to draw conclusions from REVPAR results, for which they provide an inadequate informational basis.

First and foremost, it is critical to bear in mind that REVPAR is a figure based purely on room revenue. It is calculated by dividing total room revenue by the number of room nights available for sale over a specific period of time. Food and beverage and other sources of revenue have no effect on REVPAR. This leads to one major weaknesses of the REVPAR statistic, as it does not consider the reciprocal impact between the room and food and beverage departments of a hotel. The following scenario clarifies the issue: Consider two competitor properties of equal size, say 200 rooms: Hotel A with an average room rate of $175 and 80% occupancy will yield the same REVPAR and market share as Hotel B with $280 average room rate and only 50% occupancy. Both achieve REVPARs of $140, identical revenues from room rental and therefore the same market share. The first property will probably achieve higher total revenues, as F&B, telephones and other profit centers will benefit from the higher number of guests in the hotel. However it will also incur higher variable costs in the rooms department due to the larger number of occupied units. The second hotel will achieve a higher level of profitability in the rooms department, due to the superior margin per room sold, although the total rooms department profit may be lower than in Hotel A. Obviously, total GOP will also be quite different in both hotels. For the sake of total profit, a hotel benefits from focussing on total revenue rather than relying solely on REVPAR development. A sensible C&E strategy for example, which carefully adjusts room rates and daily delegate package pricing, may yield lower REVPARs but higher overall profits for a hotel. A GOPPAR focus takes this broader perspective into account.

Another weakness inherent in the REVPAR statistic lies in the different practices adopted by hotel companies with regards to the handling of no-show, early departure, and cancellation fees. Some include these incomes in room revenue and average room rate, others treat them exclusively as “other revenue”, others finally include them in room revenue but not in average room rate. These differing practices distort REVPAR calculations and complicate comparisons between hotels, especially during fair-periods or other city wide events in which group-wash and short-term cancellations may increase substantially. Nevertheless, as long as each competitor consistently applies its chosen practice, relative REVPAR development and market share trends can still be derived from the results.

In a pure REVPAR focus environment, maximizing performance implies selling rooms above their opportunity cost, no matter how high or low the opportunity cost may be. Putting it simply, this means that a hotel room should not be sold at a price lower than the hurdle rate for the period requested. In addition, the various rates offered by a hotel at any one time must be effectively fenced against each other in order to avoid the cannibalization of revenues between market segments. The hurdle rate is based on the opportunity cots of a room to be sold. Often however the concept is of little help as the opportunity cost is close to zero when a hotel expects to operate below full capacity, i.e. a room sale entails no displacement of other business. At the same time any incremental Dollar of room revenue has a positive impact on REVPAR, no matter how low the room rate is. This is true even in the unlikely case that a room is sold below its variable cost. Therefore, in companies with an excessive REVPAR focus, there may be a tendency to concentrate on simply maximizing room revenue at the expense of alternative revenue sources. Further there is also a risk that channel costs (commissions, GDS fees …) are not sufficiently considered as these have no impact on REVPAR. A room sold for $100 incurring channel cost of 20% impacts REVPAR more positively than a room sold for $90 with no channel cost despite the latter’s higher profit margin. In segments yielding lower room rates, channel costs may substantially curtail the achieved margins.

Finally, larger hotels are penalized in REVPAR comparisons. It is often easier for the properties with smaller room inventories to achieve a given REVPAR in a market. The same applies to hotels with comparatively large F&B departments as these revenues do not enter the calculation.

Despite the several weaknesses listed above, maximizing REVPAR does often correlate with achieving higher hotel profits. However it is important to be aware of situations when an excessive REVPAR focus harms overall profitability.

Advantages of a GOPPAR Focus

A GOPPAR maximization strategy is more sophisticated as it encompasses a broader scope of hotel success criteria. Since GOPPAR is calculated by dividing a property or company GOP by the number of room nights available, all factors impacting GOP are included. Therefore cost items are taken into account as well as revenue factors. For one, selling below variable cost is avoided as this will lead to an immediate GOPPAR decrease. A GOPPAR focus considers the variable costs generated by an occupied room (such as housekeeping, laundry, energy …), additional profit induced by a room sale (F&B, laundry, telephone …), but also the cost of generating revenue, such as channel cost. If a hotel decided to temporarily increase commissions to encourage room sales, this would be reflected in its GOPPAR. The same is true if a hotel made room rate concessions in order to acquire a group which produces substantial collateral revenue such as function space rental and F&B.

GOPPAR eliminates many of the weaknesses inherent in REVPAR. The fact that operating profit is divided by the number of available room nights ensures that profit enhancing priorities are followed. GOPPAR grows as long each incremental unit sale (whether rooms, F&B or other revenue) is done so profitably. The opportunity cost to be considered is no longer the foregone room revenue alone, but the foregone profit.

In the context of management incentive schemes, a pure REVPAR orientation may give the wrong incentives as room revenue may be favoured at the expense of other revenue and general profitability. A GOPPAR perspective eliminates this conflict. In general hotel companies with REVPAR objectives use several additional criteria in their incentive schemes to balance this out.

A clear GOPPAR focus also helps to reconcile the traditional conflict between Operations and Sales. The former usually emphasize on operational efficiencies and results. The latter often concentrate on total revenues, with a strong bias towards room sales when rewards and incentives are determined by account production and REVPAR results. Operational and sale strategies aiming towards the maximization of GOPPAR align the different perspectives, uncover the contributions of the various departments and encourage inter-departmental cooperation to achieve this common objective.

Average room rate and occupancy figures are usually communicated to independent third parties who perform the necessary calculations and feed-back aggregate market data to the participating hotels, as well as their ranking in terms of market share. This makes it fairly simple for a hotel to compare its performance to the competitive set and analyse potential areas for improvement. Hotel operators on the other hand do not readily share profit figures of their properties with the outside world. This makes GOPPAR benchmarking between individual competitors difficult. Nonetheless intra-company comparisons and property trend analyses can easily be done.

Occupancy and Average room rate figures are calculated on a daily basis as well as for total months and years. REVPAR performance versus the competitive set can thus be monitored on a continuous basis. There are several tools on the market which make this exercise simple and effective. GOP results on the other hand are usually calculated on a monthly, quarterly and yearly basis. GOPPAR comparisons and benchmarking can thus be done for periods of one month or longer.

As GOPPAR takes into consideration all revenue sources, it allows the comparison between properties of not only different sizes but also with different revenue mixes, not necessarily penalizing those with a higher percentage of non-room revenue.

The above points underline the complementary nature of the REVPAR and GOPPAR statistics.

There are strong reasons to monitor both figures with equal emphasis. REVPAR should be used to benchmark a hotel with the outside world, i.e. the competitive set or a whole market, on a daily, weekly, monthly and yearly basis. Is it obtaining its fair share of the available business? Is market share growing or decreasing? GOPPAR should be used to benchmark properties within a single hotel company. GOPPAR can also be taken to compare a hotel with itself, i.e. through time. Are profit trends developing in the right direction? Notwithstanding strategy changes, different revenue mixes, etc …, is GOPPAR growing? Did renovations, extensions and other investments have the expected impact on GOPPAR? Combining both perspectives gives an excellent basis to analyze a hotel’s performance through time as well as relative to its competition and its sister properties.

Olivier Harnisch | Olivier Harnisch, MBA, MSc, CHA, currently holds the position of Vice President of Hilton Hotels in Germany and Switzerland. He began his career in 1986 as Commis de Rang at the world famous Hôtel Negresco in Nice, France after completing an apprenticeship as a Restaurant Server in Briançon, France. He has worked on 4 continents since. Olivier Harnisch holds a Hotel Management Degree from the Berlin School of Hotel Administration, an MBA from Heriot-Watt University in Edinburgh, and an MSc Degree in Organizational Behaviour from the University of London. Olivier Harnisch has also been awarded the designation of “Certified Hotel Administrator (CHA)” by the American Hotel and Lodging Association.

Olivier Harnisch, MBA, MSc, CHA, currently holds the position of Vice President International Operations Germany and Switzerland at Hilton Worldwide. He began his career in 1986 as Commis de Rang at the world famous Hôtel Negresco in Nice, France, after completing an apprenticeship as a Restaurant Specialist in Briançon, France.