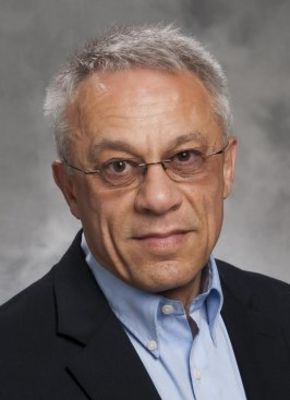 Dynamic pricing means that a hotel will change its room rates daily or even within a day if up-to-the-minute market information reveals the need for adjustments. It is based on the recognition that the right rate to charge for a room night is what the customer is able and willing to pay. By underpricing, the revenue manager leaves money on table; by overpricing, the hotel may price itself out of the market. Those who practice dynamic pricing believe that the hotel has to continually adjust rates in response to ever changing supply/demand conditions. The constant challenge, of course, is trying to determine the optimal price on a given day or afternoon.

A very popular pricing principle that applies dynamic pricing is called demand-based pricing. In low-demand periods, lower rates are offered. As demand increases, lower rate categories are closed and higher rates are quoted. Demand-based pricing as a principle is not new. Its prevalent use today has been made possible by high-speed connectivity, broadband integrated networks, and lightning-speed data processing. Revenue managers can keep their fingers on the pulse of the market, since a lot of information can now be accessed in real time. Room rate adjustments can be implemented at the click of the mouse, and updated rates can be posted across multiple distribution channels with ease.

An example will help to demonstrate the difference between dynamic, demand based pricing and static pricing. Assume, for example, that on a given day, the 300-room Astoria Hotel sells 250 rooms. In scenario A, the hotel has two-tiered pricing with a group rate of $90 and a transient rate of $130. In scenario B, the hotel has multi-tiered pricing: a low-demand rate of $90 and other rates of $110, $130, and $150, offered at increasing occupancy levels. Both scenarios sell the same number of total rooms, with sales at each rate broken down as follows:

Dynamic pricing does not adjust room rates only upward or only downward. Price changes can go either way. Assume a revenue manager has forecasted 75 percent occupancy for the day, but she opens the day looking at only 65 percent ROB (rooms on the book) with a $160 BAR. She wonders if that missing 10 percent occupancy can be realized from walk-ins and same-day bookers. By early afternoon, there is no demonstrated new demand out there at the posted rate. At 2 P.M. she decides to intervene. She lowers the BAR to $139. The phone lines start buzzing. By 6 P.M., the hotel has picked up enough same-day bookings to expect 80 percent occupancy. By shopping her comp set, she learns that some of the other hotels are starting to sell out of certain room types. The revenue manager at this point decides to change tactics. At 6:15 P.M., she closes down the discounted rate and posts a new rate for walk-ins of $170. Such is dynamic pricing at work.

How dynamic must one become to be dynamic enough? There are no simple answers. The above example raises many questions. Would the originally forecasted occupancy have been achieved without dynamic pricing, just by staying the course with the starting BAR of $160? Did the hotel encounter price resistance or resentment from guests who had booked their room at the higher rates?

There are arguments for and against frequent price changes. A revenue manager will weigh the notion of consistency and price integrity against possible revenue gains through frequent tweaking. There is also the issue of “who’s in charge?” Should revenue managers stress consistency or should they go with the flow and let the perceived market forces dictate pricing levels? Are a hotel’s service quality, location, brand name, and amenities worth suddenly much less or much more just because market demand shifted one afternoon?

There are dangers in approaching rate controls with a narrow perspective that focuses on one key variable only—usually occupancy. If a hotel reacts to surpassing 80 percent occupancy by closing out its government rate while not forecasting to fill, that decision can be questionable. If, for example, a government-related event takes place in the region and the hotel stops honoring that rate, revenue opportunities will not be maximized. If demand came mostly from that particular segment, competitors that keep their government rate open may pick up the rejected volume. The point is to be selective in closing rate categories. Look beyond the volume of demand to see segment dynamics as well before applying rate controls.

Should a given hotel compete on price? That is a strategic decision. If a revenue manager makes a considered decision to use pricing as a competitive weapon, dynamic rate management can become one of the most effective tools in the battle for price-sensitive customers.

Dr. Gabor Forgacs is Associate Professor at Ted Rogers School of Hospitality and Tourism Management at Ryerson University, Toronto, Canada. He has twenty years work experience in the hotel industry on two continents including a management position at a Four Seasons hotel in Toronto, Ontario, Canada and the position of president and general manager of a full service hotel in Budapest, Hungary.