Things you didn’t know about RevPAR

(or: ARPAR as a better performance indicator) 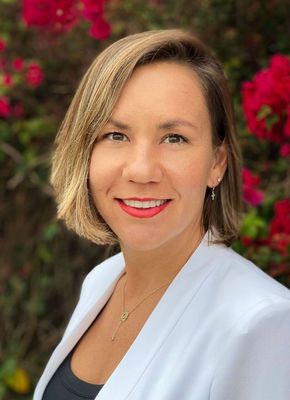 There are three most popular indexes that are currently used in the Revenue Management science:

Occupancy: percentage of all rental units in the hotel that are occupied at a given time.

Sometimes a hotel's productivity is evaluated based on one of those (more often – occupancy). Many hoteliers still view increasing occupancy as the operational target, disregarding all other aspects of Revenue Management. In reality, higher occupancy in many cases leads to lower profits, when the increased number of rental units doesn't offset the loss in ADR (see my other article "3 myths about Occupancy").
So, a while back, Revenue Management introduced a more accurate coefficient of measurement - RevPAR, which combines the two, occupancy and ADR, in one statistic:

RevPAR (revenue per available room): can be calculated in a few different ways:

RevPAR is believed to allow for obtaining a more accurate and broad picture of hotel's performance. It is also used to compare the results with competitors in your market.

Question: If RevPAR is the same in both cases – then why do we have a feeling that Scenario 2 is much more profitable for the hotel?..

Unfortunately, as you see, RevPAR is also not the most perfect index for measuring a hotel's actual productivity (or, the Revenue Management and pricing strategy, to be exact), regardless of the widely spread opinion in the hotel industry. This statistic does not objectively reflect the performance (and profitability) of your hotel, due to the following:

- It does not take CPOR into account (costs per occupied room). You can't tell what optimal occupancy you need to reach by only looking at your RevPAR.
- It does not take into consideration any additional income a hotel may have from other revenue-generating departments (restaurants, meeting space, banquet rooms, casinos, parking, spa, etc.)

We have introduced a new index, more accurate and objective: Adjusted RevPAR (ARPAR). This index, like RevPAR, can be calculated in a few different ways (depending on what measurements you want to use in your calculations):

You can ignore the formulas above, unless you're a geek like me. The simplest way to express the ARPAR is the following:

Let's apply this formula to the above mentioned scenarios (for simplicity of calculations, let's assume that we're talking about a limited-service hotel that doesn't have any additional revenue-generating departments, and variable expenses are equal to $10 per occupied room).

This is why it was clear from the very beginning that the second scenario is much more profitable for the hotel.

Thus, we can see that RevPAR doesn't really give us any information about the real profitability, while ARPAR is a clear reflection of the "bottom line profit".
It can be calculated fairly easily, as soon as you measure your average variable expenses (per occupied room) based on historical accounting data as well as average additional income (per occupied room) from other revenue-generating departments (if any). These values can then be considered constant and be used for any future calculations (recalculation is needed only after dramatic changes at the property that significantly affect variable costs or additional revenues).

Concentration on maximizing only RevPAR can lead to significant revenue losses. But if you set ARPAR maximization as your main goal – this tactic will lead to an increase in the bottom line profit and not to (often seeming) increase of the hotel's productivity through revenue growth, while final profit can be drastically decreasing.

RevPAR growth does not always equal Profit growth (as in the example of high occupancy and low ADR, which involves higher expenses). But at the same time, ARPAR growth will always involve growth in your RevPAR index, which will reflect in your STAR report.

Thus, ARPAR is the index that has to be used as the goal for profit maximization, because it reflects the bottom line, the profit, which a Revenue Manager is directly responsible for.

The best way to make sure that you are concentrating on maximizing the right index leading to the growth in the bottom line profit is to employ an automated Revenue Management System that has the ability to take into account the necessary variables (variable expenses and additional revenues) and thus maximize your final yield. One example of such RMS is iRates (www.i-rates.com). This Revenue Management software employs the newest innovative algorithms based on the mathematic theory of reinforcement learning that is targeted towards maximizing the final yield when taking into account all revenue-generating factors, variable costs and the hotel's financial structure.

If you don't have an automated Revenue Management solution at your property, the best way to make sure you're maximizing your bottom line profit is to keep your ADR and Occupancy index in balance.

A quick review of your hotel's STAR report will help you understand whether your ADR and occupancy are balanced. MPI (occupancy compset index) and ARI (ADR compset index) should be close to each other, ideally at 100% or above.

You don't want to see this:

(Note: it's OK if your ADR index is higher than your occupancy index, as long as you're getting your fair share of bookings and your MPI is around the 100 mark).

Part 3: If you're a CRM – read further Otherwise, you can stop right here. The next part is really boring.
The hospitality industry has been offering a few other indexes in the recent years that tried to compete with RevPAR. All of them are great, but each is limited by a particular area of application. ARPAR is the most objective and accurate index to be used as the target for maximization, as well as to measure the Revenue Manager's performance, overall effectiveness of the property's Revenue Management strategy and pricing policy.

Those of you who are familiar with GOPPAR index and are now probably trying to compare it with ARPAR in your heads – I'll help you. No, GOPPAR is not the same, because of 2 things:

Here's the trick: for our purposes it's crucial that you take into account only variable costs. This allows you to always correctly answer the question of whether to occupy the room at a given rate or not. You can make a wrong decision if you're using GOPPAR as the measure, since it includes fixed expenses as well. Remember, that you still incur fixed costs even if the room remains unoccupied. The only ADDITIONAL costs that come with occupied room are variable costs, so any revenues generated by the occupied room that exceed variable expenses go directly to the bottom line.

In other words, GOPPAR can help hotel owners understand how their properties perform in general but won't assess the effectiveness of Revenue Management tactics, as it includes variables that you, as a manager, can't be directly responsible for (for example, your Internet bill, or purchasing new furniture for the hotel).

ARPAR addresses these issues. It takes into account revenues from all departments and only variable expenses that are calculated based on the historical cost data and can be used as a constant for future calculations. Thus ARPAR can be also used in forecasts and as a target for maximization. Making maximizing ARPAR your goal will lead to increased RevPAR and GOPPAR by default.

As always, here's an example:

Simply put, using GOPPAR as the basis for your Revenue Management and pricing strategy requires turning down any business with rates lower than the Total CPOR. Expressing the above table in one sentence: all reservations with a $40+ rate are good, everything below that is considered not profitable and is declined. But guess what, there's one issue: fixed costs also apply to empty rooms.

Here's what it means, scaling it down further to make it clearer:

One doesn't need to be a mathematician to see that the difference between the two scenarios is $25 of pure profit in favor of the ARPAR strategy.
And that is for a single reservation. This could add up to thousands of dollars in lost profit for your property.

As mentioned earlier, the main point is: any revenues generated by the occupied room that exceed variable expenses go directly to the bottom line.

There are a few conditions that one needs to take into account when using the ARPAR index:

To conclude, it is better to avoid using RevPAR when measuring the performance of your property. The best way to make sure that you're aiming at the maximum potential profit is to adjust your strategy in terms of the new, more accurate, performance indicator: Adjusted RevPAR, a clear reflection of the bottom line. And if you are not sure how to make it work – invest in a Revenue Management system, it will pay off quickly.

Ira is a hospitality Revenue Management professional, software entrepreneur, author of “Revenue Management Made Easy, for Midscale and Limited-Service Hotels”, and the creator of the Adjusted RevPAR (ARPAR) hospitality performance metric for profit maximization, which was first introduced in her article “Things you didn’t know about RevPAR, or ARPAR as a better performance indicator” in 2014 and has since been widely adopted by revenue management professionals worldwide.