Here’s How Automation Is Transforming the Hospitality Industry 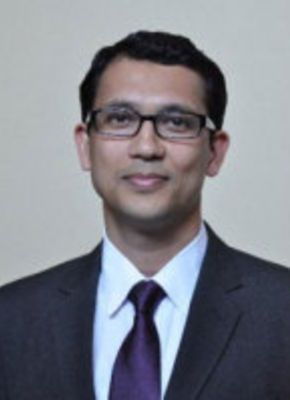 The Henn-na Hotel in Japan is one of the great hotels of the world – and it just got a lot more futuristic. When you walk up to the front desk, a Japanese hostess bows and says "welcome." The catch: She's a robot. What's fitting is that in Japanese, Hen-na means either "flower" or "it's weird," depending on your interpretation.

I remember being on a long business trip about 10 years ago, and there was a layover in Tokyo. I was amazed at the display of robotics and automation on items even like the beverage vending machine at the airport. A chilled glass slid down a conveyer belt and a robotic arm holding a soft drink spout poured Pepsi into the glass. Then a voice in English (why it knew to speak English instead of Japanese, I'll never know!) asked me for the money and thanked me. That was a decade ago. Now, a walking Honda robot recently shook hands with the American president during his trip to Japan.

Not to be outdone, the hospitality sector in Japan is going head-over heels for robotics. Not only do they make guests smile, but over the long run, hotels like Hen-na reckon they might be able to save money on labor costs. That's why they are starting with 10 robots in their hotel. Their goal is that someday in the near future, 90 percent of all tasks in the hotel will be performed robotically.

Therein lies the promise of automation. Some customers are going to come away from their first interaction with that robot and believe that a new technology is blossoming and that we are on the cusp of an exciting new age. Others will think a robot greeter is downright weird. The secret in making consumers receptive to automation is in an enterprise's strategy to save cost and labor in the long run. Let's face it: Automation is here to stay. From henceforth it's what we do with automation that counts. That includes leveraging the technology to give consumers more bang for their buck.

To be sure, automation has existed for more than three decades. With increasing competition and the need to provide rich, personalized guest experiences, hoteliers want technologies that develop customized, personalized experiences. Yes, we said it: the customer experience. Not only are robots a marketing wonder; studies have shown that customers enjoy them and in turn become more loyal to the brand. Automation that uses Artificial intelligence is one such new technology. In fact, innovations like machine learning, A.I., autonomous agents, and virtual reality are deeply changing the workforce and rapidly transforming jobs once considered impervious to change.

To the hotel guest, there's a big difference in a robot programmed to say hello and a robot that learns your needs during the course of your stay. The latter is A.I., and it's a lot more than just a cute marketing ploy. Here are just a few examples of how A.I. is radically improving the customer experience:

Smart mirrors: The next time you're brushing your teeth, you might encounter a smart mirror that lets you read the news and check the weather. I read that a Google engineer was unsatisfied with other smart mirrors. So he developed a mirror that could tell him what to wear in the morning and even when it's his friends' birthdays.

Smart floors: A German company, Future Shape, is developing this technology with the hopes that it will soon be within the reach of average consumers. Future Shape is focusing on many applications, not the least of which is what it calls Sensfloor to monitor elderly people who live alone and run the risk of falling down.

IoT comes to hotels: A plan I've seen floated is also to allow mobile phones to set the temperature and light controls and even brew coffee. So why all the robotic fuss? Some economists say labor costs. The Online Travel Reservation and Management System (better known as OTRAMS) estimates that the money global hotel chains spend on labor accounts for more than half of all operational costs in the hospitality sector. The need for efficient labor controls is essential for companies in this challenging sector to keep costs down and maintain consistent service. Automation on a mass scale might be an answer to this issue.

But automation, even on a mass scale, won't get the job done. That's why Artificial Intelligence combined with automation/robotics is key. I came across research that suggests nearly half of all industries – well beyond just hospitality – will feel the effects of automation in the next 20 years. With A.I. added to the mix, we are going to see a seismic shift in not only the labor market, but what the minimal threshold of quality is for consumers.

The hospitality industry is taking a big leap by adopting Artificial intelligence and virtual reality' Consumers will experience overwhelming and mesmerizing experiences going forward, which can't come at a better time: There's a dire need for hoteliers to create unique and memorable customer experiences.

Although this need involves major investments, long-term decisions, and time, doing so will certainly give them an edge over the competition and create easy word-of-mouth marketing. The result is that A.I. investments will directly impact daily occupancy and average daily rates – and nothing cuts to the core of the hospitality industry than daily occupancy.

Mitrankur (Mit) specializes in business transformation through IT and processes. Mit is a business leader of Publishing and Information services, Travel and Hospitality, Professional services, Internet Services, Construction/ Real Estate, and Education practices at Infosys. He has over 20 years of experience in consulting and outsourcing, including incubating and growing market share in media and communications, telecom, wireless, cable and satellite industry segments.