What the Britain’s EU Referendum could mean for business travellers

By Jennifer Conneely, Board Member of the DCC Forum 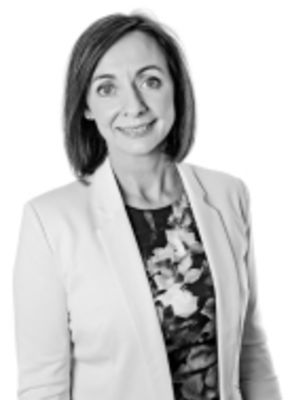 For anyone trying to run a business and plan ahead uncertainty is rarely welcome, particularly in the hospitality sector. Few things throw up more uncertainty than this week's referendum in the UK on the country's continued membership of the European Union. Polls show the two sides are neck and neck – and with Britain's recent run-ins with unreliable polling data, nobody is willing to make a call on which way this referendum will go until the votes are counted in the early hours of Friday morning.

Britain leaving the EU - now almost universally referred to as Brexit - is adding uncertainty to business not just in the UK or the EU, but around the world. For those of us in the hospitality sector though, one of the most acute effects could be on business travel. Much like the rest of us, business travellers just don't know what a post-Brexit world will mean for the way that they operate and how they organise their business trips.

This uncertainty is something that those working in the hospitality industry need to sit up and pay attention to. Britain might vote to remain in the EU, but should Brexit occur, businesses need to move quickly to demonstrate why business travel is still as vital as ever and how they can help make regular business travellers' trips as simple as possible. This could be by providing regular updates on new travel regulations or sending advice on how to apply for any travel documentation.

Ultimately, while a Brexit vote might make business travel more complicated around the world, it does not necessarily mean that less travel will take place. Businesses that have clear advice and can work around new frameworks and regulations will be best placed to reap the rewards. Tellingly, our same research found that the vast majority of business travellers expect to take even more business trips abroad in the next year, whether or not Britain votes to leave the EU. This is an encouraging sign for businesses, but one that makes planning more important than ever.

Uncertainty is never welcome, but when it comes to business those that can adapt quickest will succeed most; the question isn't whether business travellers will keep coming, but how their travel preparations will differ in a post-Brexit world. By the end of this week we'll know the results and we can start to assess the potential impact on the hospitality industry and the travel sector.

Jennifer is a board member for the DCC Forum. She joined the Product and Innovation team in Elavon in May 2014 and brings over 15 years of pan-European DCC and tourist tax free shopping expertise to her role. With a background in Business Development and in Training, Jennifer supports DCC product management and is responsible for a team which delivers DCC and Value Added Services (VAS) training to customers in EU and in new DCC markets for Elavon.