Futuristic cities that will take Africa's tourism industry by storm 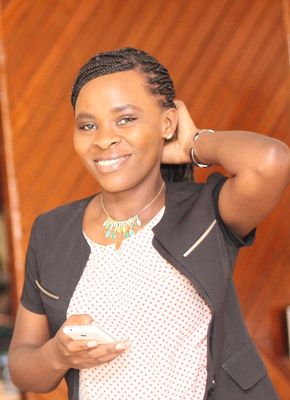 Inspired by the need to provide sustainable living for her people, including access to sustainable energy, transport and housing; Africa is seen to take up the tech challenge by investing billions of dollars in the development of tech futuristic cities. The continent is surely making a global mark with its avant-garde innovations, from cutting edge cities to mobile money payment technologies; a move that has attracted the attention of global innovators such as Facebook's Founder Mark Zuckerberg.

While almost every sector of the African economy is set to benefit from the innovations, the tourism industry will no doubt have a big share from the developments. Sprouting tech cities will become major tourist attractions; if not for the magnificent beauty, for proof to many that Africa is not about desolation but rather of absolute determination to overcome all odds and stand tall in the face of the world.

Visitors will also be attracted to other destinations in the continent, to experience the beautiful naturalistic existence between man and nature. For instance, during his recent tour of Africa, Zuckerberg not only visited various technology hubs in Nigeria and Kenya, but also "got to see amazing natural beauty and wildlife from around Lake Naivasha" as he posted on his Facebook page. Jumia Travel, Africa's leading online hotel booking portal, lists 5 budding futuristic cities, that are set to boost the continent's tourism industry.

In its official website, Konza is described as a sustainable green city with smart technology that will attract 17,000 jobs, $400 million in annual wages and generate $1.3 billion in GRP in Phase 1. This world class technology hub is considered a major economic driver for Kenya, that will help the country attain middle-income status by 2030. Located on a 5,000 acres of land 60 kilometers South of Nairobi in Machakos, the multi-billion dollar 'Silicon Savannah' will be a software development hub as well as a business process outsourcing (BPO) hub, with a vibrant mix of amenities. Konza is set to complete in a span of 20 years and its ground was broken in March this year.

H ope to mean "Home, Office, People and Environment", Hope City was launched in March 2013 by President John Mahama and is considered Ghana's Technopolis; and will become one of the tallest skyscrapersin Africa at 270 meter high. Located approximately 30 minutes West of Accra in Prampram, Hope City sits on about 1.5 million square meters' area and is set to transform Ghana into West Africa's tech hub. Once completed, Hope City will provide business, leisure and residential space for about 25,000 inhabitants and aims at creating a whooping 50,000 jobs; including in the hospitality industry.

This ambitious project in Lagos Nigeria is built on the reclaimed land from Atlantic Ocean off Ahmadu Bello Way on Victoria Island and will host approximately 250,000 residents while creating job opportunities to about 150,000 others. Eko Atlantic City which is expected to use self-sustaining green energy sources for power, aims at enhancing Nigeria's status as a stronger tech and financial hub in Africa. It is set for completion this year.

This satellite city located in Mateves, Arusha, Tanzania, offers this East African country an opportunity to provide sustainable living to its citizens. As its name implies, Safari City will also give safari tourists a chance to stay in world class accommodation while touring Tanzania's northern parks and the magnificent Mount Kilimanjaro. This will go a long way in boosting the country's tourism and hospitality industry, gaining more confidence from both local and international tourists.

Another one from Nigeria, Centenary City will boast of an inter-connected urban center with cutting edge technology characterized by various amenities including world-class hotels and resorts. While it is expected to serve as an economic and political tool to secure foreign investment for Abuja and Nigeria as a country, the technopolis will also be a major attraction for both local and foreign visitors; due to its luxurious touch of style. This will boost revenue inflow from the tourists and a ripple effect will be witnessed in the entire tourism and hospitality industry in the country.