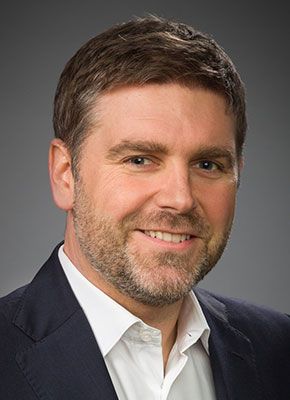 The issue of diversity, and the lack of it, has popped up frequently in recent conversations with leaders in the hospitality world to the point where it seems that if a candidate for a job is neither female nor of a minority ethnicity, then their application is at a disadvantage. Grey-haired white men continue to be the largest faction of leaders sitting around most hotel company boardroom tables. The good news is that a lot of these companies are self-aware enough to recognise that the composition of their leadership needs to better represent their customer and employee bases. In the same way that a fish rots from the head down, the thinking goes that changes at the top of the organisation will percolate down through the rest of the employee body, as staff become inspired by the leaders above them.

During the last 5 to 10 years, women and the lack of women in the boardroom has been the subject of considerable debate, has received a lot of media coverage, and, in some cases, has been subject of government intervention. Numerous studies have been published to illustrate the correlation between the gender diversity of boards and company performance. As my partner, David Mansbach, pointed out in his article (Corporate Board Gender Diversity – U.S. Chain Restaurant Industry), "diversity in the boardroom leads to improved financial performance … (and) leads to a more productive exchange and collaboration of ideas."

Approaches on how to best encourage companies to achieve a greater mix of gender around the board table differ. Some companies have steadfastly refused to set up any targets or objectives in this area in the belief that board appointments should only be made on a 'best person for the job' basis, regardless of whether male or female. In the UK, the government established a Women on Boards commission, which, while not adopting a quota mechanism, sought to increase board composition to at least 25% female. Around the same time, a group of leading female business executives established the '30% club' aimed at achieving a minimum of 30% women on FTSE-100 boards. Both initiatives have had a positive impact on the rise in the number of women directors. Perhaps unsurprisingly, those countries where quotas have been put in place record the highest representation of women in the boardroom, for example, Norway and France. In the global context, Europe is the most progressive in this regard, followed by North America, with Asian companies trailing far behind.

In the hotel world, globally, women directors occupy approximately 24% of all board seats at publicly listed companies. This compares favourably to the US restaurant industry, which, according to our study in 2015, recorded 18% of board positions held by women. The best ranking hotel group is InterContinental Hotels Group with a 40% female board director representation. Accor, Hilton, Marriott, Pandox, Scandic, Whitbread and Wyndham are all above average, while those who are out of touch with the times include China Lodging, Choice, Hyatt, Jin Jiang, Melia, Millennium & Copthorne and Rezidor.

Many have lamented that, while there has been a push for more female representation at the board level, the same drive has not been applied to the executive ranks. Some have questioned if the trickle-down effect is really happening. Most agree that there are not enough visible, high-profile women leaders in business generally. There are, however, signs that things are improving. Our analysis of the executive management teams at the same public hotel companies as above indicates that there is a similar ratio of men to women in the executive suite, with 22% female representation. Of these, the functional areas most commonly occupied by women are finance (20%), human resources (14%) and general counsel (14%).

Affirmation that the past decade has witnessed an increase in the number of women in senior leadership roles within the hotel sector comes in the form of our annual CEO turnover review among the world's 50 largest hotel companies. The numbers speak for themselves: five CEOs in 2017 compared to one sole female CEO in the same group back in 2007. For only one-tenth of the world's largest hotel companies to be run by women is still a pitifully low number, but at least there are signs of progress being made and, given the amount of attention this issue now receives from media, government and shareholders, one would expect this trend to continue. Our evidence suggests that the hotel industry is taking the right steps down a long road and, while the focus should be on getting the right person in place for the job regardless of gender, at least more and more nomination committees and hiring managers are open to considering female candidates and giving them an equal shot.

Chris Mumford has over twenty years of hospitality related executive search and consulting experience gained in the EMEA and North America regions. Having studied and worked in Germany and Japan, Chris opened the US office of a London based hotel recruitment firm in the late 90's. In 2002 he joined a leading global executive search firm and returned to his native UK to establish the EMEA practice.