By Dean Minett, Director and Founder of Minett Consulting 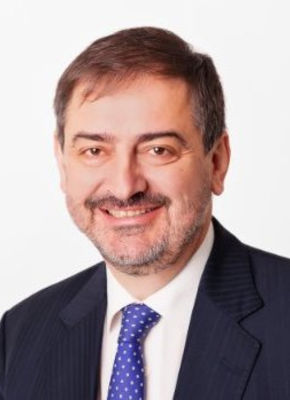 Try before you buy is an old concept, and it's been applied to any number of things commercially. Cars, homes, electronics and vitamins — just about every corner of the retail industry has offered no-risk money back arrangements with consumers. People want to know what they're getting into before they invest. It's also a powerful statement of confidence on the seller's (or manufacturer's) part. It says: You're going to be happy you own this. You're not going to want your money back.

Until now, industries that are based in experiences rather than commodities were beyond the pale of "try before you buy" (unless you include Rekall in Total Recall). How are people going to try a surfing vacation before you go? How are you going to try a first class cabin on a train? Multi-media content (images and video) has brought us closer, but there's still nothing like being there, like actually standing in the space and seeing its dimensions first hand.

Virtual reality has been around awhile, but early iterations made it something of a joke. The graphics were terrible, and the headsets were gigantic.

Now that 360 cameras have become sophisticated and widely available (think about those latest holiday snaps your friends are posting to Facebook), VR technology can vividly put you in real places. You can stand on the veranda of that vacation villa you're thinking about renting. You can cruise down the streets of a faraway city at night in a Ferrari. You don't control the accelerator, but it's easy to let yourself be immersed in the details. Why? Because it's real detail. It's actual imagery. Most people who have tried the newer headsets — such as the Samsung unit that makes use of a Galaxy phone — are shocked by how detailed and immersive the experience actually is. Big electronics firms (examples) are running, not walking, into the VR space.

Travel is one of the industries most obviously touched by the development of this technology. Effectively, VR means that "try before you buy" is indeed available in our industry — at least to an unprecedented degree. If you're not sure about which type of room to book at a given hotel, you can be dropped into a 360 degree image or led on a VR walking tour. You don't have to rely on two-dimensional web site imagery, which rarely gives you an accurate spatial perception and definitely doesn't provide as much detail.

Travel giant Thomas Cook is among the early adopters. In 2015 they worked with Visualise, a British VR production firm, to produce a series of immersive travel experiences for viewing at Thomas Cook locations around the world. The campaign featured professional filming in diverse locations, including Cyprus, Egypt, Greece, Singapore and New York City. A separate campaign for Thomas Cook Airlines gives the public an immersive experience on Thomas Cook flights to different locations, along with contests and promotional opportunities hidden within the VR content.

There's little doubt that virtual reality and travel are going to mix even more in 2017 and beyond, which means there are tremendous opportunities — along with fresh new pitfalls.

As VR headsets and 360 degree content become more and more common, the big hotels are going to produce more content to pull people in. You'll be able to put on your headset and be immersed in that upper-floor suite, for example. And the next logical step will be seamless booking functionality.

The problem of expectations

What does all of this mean for hotels? Among other things, it means that when a guest shows up, the difference between real and virtual worlds had better not be stark. While VR promotional content has tremendous potential, it sets the bar higher for hotels. Through this kind of promotion, it becomes even more important to deliver on promises, both in terms of amenities and service. Otherwise, people will feel distinctly misled and the online reputations of such hotels will suffer.(As discussed in a previous post, incongruous photographs have the same impact.)

Some hoteliers will choose to steer clear of VR content for these very reasons. It's also true that VR content is still relatively expensive to produce, and the pictures themselves will grow old like any video or jpeg image. New content will have to be created.

But what if it becomes cheaper to create and distribute VR content? What if "try before you buy" becomes the rule, not the exception, in the hospitality industry? Using such content to promote your hotel could feasibly become as widespread, or indeed as necessary, as using an OTA.

In the end, VR will be productive tool for hoteliers who use it to set up the right expectations. And they'll strive to meet or exceed those expectations through strong fundamentals, attention to detail, positive interactions between guests and staff. But we need to ensure we are not too focused on the virtual experience because when you come right down to it, real hospitality experiences will always be what counts.

raduating first from William Angliss Institute in 1982, Dean took on his first General Management role at the age of 22. Since then, he has worked in, managed or consulted to hotels, motels, resorts, restaurants and casinos across Australia and Asia.