The Dawn Of The Virtual Assistant. Part 3

By Fabian Bartnick, Founder at Infinito 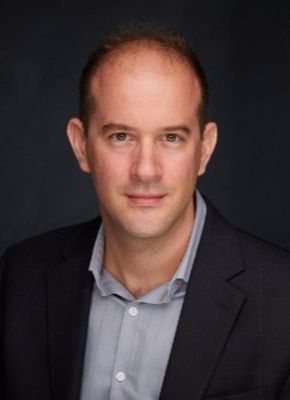 We call them Siri (Speech Interpretation and Recognition Interface), Google Assistant (no name needed (intentionally as I believe), Bixby, Viv, Clova, Alice, Alexa or Cortana (yup, that's the Microsoft one :-)) and have them designed to make our lives easier. Up until now though most of it was pretty lame — play your own stuff on Spotify, possibly ask a question as part of a party gag or have it tell you the way.

The first tool enabled to perform digital speech recognition was the IBM Shoebox, presented to the general public during the 1962 Seattle World's Fair after its initial market launch in 1961. This early computer, developed almost 20 years before the introduction of the first IBM Personal Computer in 1981, was able to recognize 16 spoken words and the digits 0 to 9. (thanks Wiki!) — crazy ey? We then moved to Harpy (abilities of a 3 year old) and a few others before getting into Siri in 2011…….2011 ladies and gentlemen! …..ah ah ah ah hang on…we cannot talk about Virtual Assistants and not mention the distant relative here: Chatbots!

Current chatbots are, at most, rules-driven engines. Find a question, add some variations, add the answer and to most website traffic it will look like some magic AI show. Chatbots however had a cool 2018 and we have grown fond of them especially since they are so good at answering the FAQ's as well as: "Sorry, I am still learning, ask me something else". I would split my current success rate at around 50% — 50% horrendous experiences with chatbots, 50% awesome. Virtual Assistants though are a different class.

With virtual assistants, on the other hand, we ask a question — it runs it through Google, finds some answers and then starts giving us recommendations based on our likes, etc, a bit more AI than chatbots, but nothing crazy yet.

AND THEN…..drum-roll…we have Duplex. Remember the mind-blowing call that Duplex did? With Google rolling out Duplex to Pixel users as we speak, we will see a massive adoption in the new year.

The possibilities are endless and, having met Google at the Maximum Occupancy Conference in Sydney at the end of October 2018, the only part they changed from the initial test-calls is to now have Duplex announce itself as a digital assistant vs being perceived as a true human.

A famous quote comes to mind by Astro Teller: "When technology reaches that level of invisibility in our lives, that's our ultimate goal. It vanishes into our lives. It says, 'You don't have to do the work; I'll do the work" NOW WE ARE TALKING!!! Sweet!

Although I think there is big opportunities with mainstream adoption of VA's (possibly coupled with AR and VR (Birth of the digital socializing), there are questions that we need to answer around ethics. As Voltaire once said:

I know I know….you are thinking Uncle Ben from Spiderman :-))

For the moment though, let's just enjoy the ride in 2019 and let Virtual Assistants become our intimate companions…

Fabian is the Founder of Infinito, Home to IVI - your very own virtual revenue management assistant. Previously, Fabian was the Vice President of Asia Pacific & International Business at LodgIQ . Fabian’s career covers all sides within hospitality including property, regional and corporate level roles as well as consulting and technology vendor roles across 4 continents and 25 countries.