Interview with Barry Thomas, Corporate Director of Information Technology at Rosewood and a member of the HITEC Europe Advisory Council 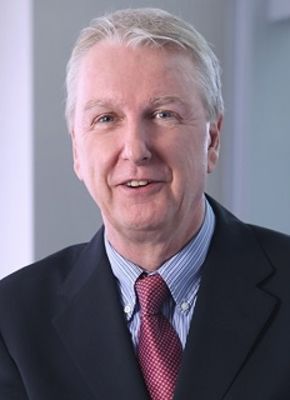 Hotels, especially at the luxury end, aim to provide personalized services to their guests. But with staff turnover rates in the industry on average as high as 30 percent, how can hoteliers ensure they recognize guests in the first place?

"As a hotel, we're not recognizing all of our guests, although we try," says Barry Thomas, Corporate Director of Information Technology at Rosewood Hotel Group and HITEC Advisory Board member. "A lot of hotels emphasize guest name usage but it's very tricky to do, especially in city hotels. If you've got a 300-bedroom hotel and the average length of stay is two nights, given the amount of traffic passing through the lobby and F&B outlets, it's very difficult to recognize and use the names of our guests unless they're very, very regular."

Thomas, who will be moderating a panel discussion on guest recognition at HITEC Europe, has been looking into the ways companies from other sectors approach this challenge. Citing Uber, the tech and transportation firm, Thomas says that when an Uber pulls up at your door, the first thing they do is confirm your identity by using your name.

"I can order an Uber and within two minutes it's there and they know my name. Why then is it - when I've gone through the whole booking process and provided details such as preferences, likes and dislikes - I turn up at a hotel where I may spend thousands of pounds, instead of 10-20 pounds for a journey, yet the hotel doesn't know who I am when I arrive?"

"We invest a lot in recognizing our guests' return on their digital journey during the booking process," he says, "but what we're trying to change is how we do that at the property."

Currently hotels tend to rely on the doorman or drivers to pass on messages about guests arriving. "We're doing things traditionally, using radios and taking the guest's name." Clearly though there's room for improvement.

"Every stay, you receive a pre-arrival survey. If that survey keeps asking you the same questions time and time again though, why as a guest are you going to complete it? As a hotel, we should know we've previously collected your preferences and just ask you to update them, rather than you telling me each time you like jazz, strawberries and foam pillows."

"It's recognizing that you're an existing guest of ours. It's that recognition journey to make you feel valued because obviously we're competing for your business as a guest. So, we want to make your journey as seamless and as easy as possible. And we don't want to be constantly asking our guests to repeat themselves as there's nothing more annoying."

CCTV is already being used in hotels, but reactively, in response to an incident. What other technologies then could be used to enhance guest recognition and yet be unobtrusive?

Thomas points to a couple of examples. At Disneyland, visitors wear so-called MagicBands based on radio frequency technology which can be used to make payments at outlets and gain fast track access at rides.

But would hotel guests be willing to embrace this type of technology? "I don't know about using these bands in a city hotel but in a big resort hotel, yes. A lot of luxury guests wouldn't wear a band around the property, but can we utilize other devices such as a mobile phone or (RF) room key?"

Airlines provide another good example of using advanced technology. When at Los Angeles airport recently, Thomas (pictured right) was impressed by automated gates which allow passengers to board the plane through facial recognition. "It was a very quick process. So, I think we need to look at what other industries are doing to see how we can do this in our hotels."

Privacy though remains a major concern as many guests may not be willing to be effectively tracked while on a hotel property.

"I'm not saying we should be putting wristbands on guests but how can we do this? Can we utilize beacon technology (that is, using signals from beacons) when guests use the Wi-Fi? Can we then start to locate them in order to recognize them?"

"We need to be one step ahead of the guest to deliver enhance service (such as a copy of a particular newspaper over breakfast)." If it can be done seamlessly, he says, staff will be able to tailor the service they deliver based on the guest's profile.

Another major advantage, of course, would be enhanced security. "If we know who's in our building, at what time, that's a big plus for us." It would allow hoteliers to know, for instance, whether someone on the property has been banned from the hotel or is on a watch list.

In short, advanced technology could allow hoteliers to be more proactive. "If a guest comes curbside, walks in, and the reception knows who that person is, we can pre-prepare their room keys for them. We can already be prepared so the guests meet the butlers who escort them to their rooms and make it a seamless journey."

"Would they like this enhanced service? I honestly believe that people are willing to give up a level of their information for the benefits of it. But the question is, for the people who do not want it, who truly want to be incognito, how do we turn off these technologies that we're putting in place for the majority?"

"I think people are a lot more aware about their own privacy and their rights to it," Thomas says. "Hotels have been recording CCTV for many years, so it's just how we're using that data."

'Education is key' at HITEC Europe

For Thomas, education is the main driver why he attends HITEC Europe. "Budgets are always tight within hospitality, so to be able to make a trip like this and get something from it, education is a massive part of why I attend HITEC Europe."

As a certified hospitality technology professional (CHTP), Thomas says he needs to maintain his education credits "and this is a great way of doing that in one location and learn about what the industry is doing."

"I've just moved into a new corporate role, at a time where Rosewood is going through a big expansion process. We've got more than 20 hotels in the pipeline and for us to scale at this rate, I'm going to need vendors and partners to work with. So, to be able to meet them in one place rather than have meetings over the course of three or more months, I can really condense this process and get some worthwhile face time with them."

Barry Thomas, CHTP, is Corporate Director of Information Technology at Rosewood Hotels and Resorts, and is a member of the HITEC Europe Advisory Council. He will be moderating a panel discussion on 'Guest Recognition in an Uber-esque Way While in Property' at HITEC Europe which takes place in Mallorca, Spain, April 9-11.