Hotels seem to put customers and employees at the core of their everything, but is it enough? At Four Seasons , it is now all about people in community. 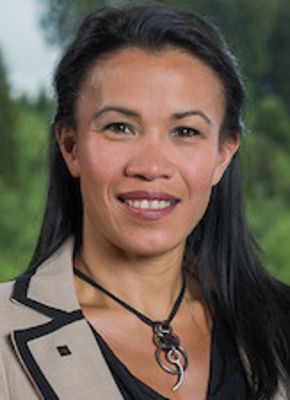 Now, the Internet exists and access to it and the information it delivers is widely spread in the world. Low-cost travel and international mobility are well-developed. So, now, both customers and employees can access a broad variety of whatever they look for in the goods and service market as well as in the labor market. Such variety means that they can more easily switch, hop and zap. Thus, what Granovetter already demonstrated years ago about 'embeddedness' as a way to explain how social relations influence economic action, still holds true, and makes even more sense.

Building on this idea, individuals are viewed as parts of a complex web of relationships and attachments, as parts of a system in which they are embedded, and to which they contribute, be it purposely or unconsciously. The strength of the connections there are among individuals who are not part of your organization, and individuals who are actually part of your organization, would certainly impact the building of a community. And that community is key to your business today.

In an era characterized by stronger individualism, even in countries that are well-known for the high sense of collectivism that pertains to their national cultures, as Hofstede would explain, people might find a way to satisfy their basic need for a sense of belonging as part of their social identity by joining communities.

So, what communities does your business rely on? What human connections does your business enable? The kind of community customers or employees belong to, which make them more loyal to you, because they share a vision, values, beliefs, and symbols like the same language, myths, legends and heroes, as well as dress code, rituals and time and space anchor.

A community can be defined as a network of people feeling a sense of belonging by sharing a vision, and therefore, values and beliefs, and who actually build a social capital by interacting with each other. Testimonials and other outputs from ambassadors and contributors to the community as well as many forms of rewarding, from monetary (discounts or goodies), to non-monetary (privileged access, popularity, higher level) would attract and retain more members to and into the community.

Ever heard about the Fortnite community? Are you part of the Adidas Runner community? What about the Supreme community? Gaming, sport, or fashion communities… what about hospitality?

Connectivity and hospitality: The example of Four Seasons Hotels and Resorts

In the hospitality industry, it may look like connecting people is just part of the basics. All hospitality companies seem to put both customers and employees at the core of their everything, by essence, at the center of their business.

"Hospitality businesses are built upon one golden rule: treating others as you would wish to be treated yourselves."

This is what Heather Jacobs shared recently at the Ecole hôtelière de Lausanne, and how she connected with EHL and made Four Seasons Hotels and Resorts connect with EHL community. 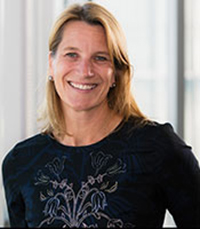 At Four Seasons Hotels and Resorts, true luxury has always been defined not by architecture or decor, but by service. This has always been their competitive advantage. The Four Seasons Hotels and Resorts service culture is all about a repeated set of behaviors you would find at each location, for each interaction with a guest: a promise of a quality of life that only dedicated staff can deliver, without any script.

"Whether you work with us, stay with us, live with us or discover with us, we believe our purpose is to create impressions that will stay with you for a lifetime. It comes from our belief that life is richer when we truly connect to the people and the world around us."

"Life is richer if we truly connect with people and the world around us"
At Four Seasons Hotels and Resorts, it is now all about people in community, based on the new focus of the brand identity: Connection, Craftsmanship and Character, grounded on Big Data Analytics, and supported by an Application.

For a community to exist, and to attract and retain people who would feel "embedded" into it, be they customers, employees, or even investors, there have to be core values they share. At Four Seasons Hotels and Resorts, craftsmanship represents the dedication and passion each employee has for their profession. It's the character of each employee that makes them right for the job and embody and carry out the brand identity at every location.

And there is a faith shared by employees that the connection they make with the guests would enrich both human stories. For Heather Jacobs, who actually embodies and carries out Four Seasons Hotels and Resorts core values, life is richer if we truly connect with people and the world around us. She believes in the craftsmanship of employees who are also artists and maestros whose passion will be remembered long after their guests leave them. She believes in on-going off script, since best journeys are not planned but discovered.

How did Four Seasons Hotels and Resorts decide that Connection, Craftsmanship and Character would become Four Seasons' core values?

Big Data Analytics is one explanation.

With a pipeline of seven properties per year, staff spread in 46 countries, and huge competition customers and employees can switch to, it had become clear to Four Seasons Hotels and Resorts that delivering the brand promise in a consistent manner had become a challenge.

At some point, data collected through the property management system (PMS), or based on the Leading Quality Assurance (LQA), a UK-based organization that audits luxury hotels and others), revealed that Four Seasons Hotels and Resorts had no clear strategic positioning any more in the eyes of customers and employees: no differentiation, thus, no more competitive advantage. A revamp was necessary, around the three Cs that had been identified as the core values upon which the new Four Seasons Hotels and Resorts community could be built.

And Four Seasons Hotels and Resorts needed employees who would be dedicated, committed and inspired to deliver great service based on Connection, Craftsmanship and Character. For their culture to replace the script for how the employees are treating guests, Four Seasons Hotels and Resorts needed to hire "characters" who would make the guests feel special and come back for a unique experience. Thus, managers had to learn about proper leadership behaviors that would help them better select and empower their staff to exceed guests' expectations by delivering exclusive extras that guests would never expect, out of the ordinary, because staff would know and recognize their guests, as their managers would know and recognize them.

To enhance the connectivity of human potential, and enable managers to better know, recognize and support their staff, so that staff would better know, recognize and support their guests, the Four Seasons Hotels and Resorts App has been created. No need to train neither the employees nor the guests to use it, and even translation is provided by the App if needed.

The benefits are multiple; thanks to the Four Seasons Hotels and Resorts App, the community is strengthened. It creates a feeling that people are embedded into that community. They are connecting more, and this connection makes people become interdependent, and ultimately, more loyal.

Stéphanie Pougnet, PhD, is an Assistant Professor at EHL. She has experience teaching and practicing management in Europe, America and Asia, with a focus on retailing, energy and food & beverage industries. She affirms that research and teaching in management should consistently meet the needs of both the educational sphere and the work sphere.