Human Trafficking: Yes, it happens in your hotel 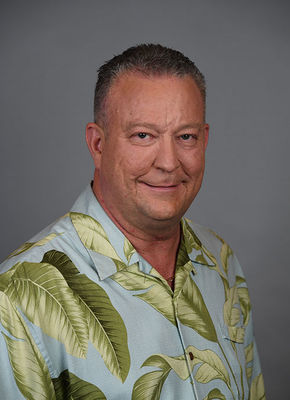 About thirty years ago when I just started in the hotel business, a hotel manager told me "prostitution is good for the hotel business". Like many others in those days, we kind of shrugged our shoulders and considered it a "victimless crime". I soon found out nothing could be farther from the truth.

Thanks to some high-profile scum bags that have made the news, we now know it to be Human Trafficking, Sex Trafficking or Child Trafficking. What we used to consider discreet acts among consenting adults, we now understand to be exploitation. It is neither consensual or adult, and hotels are involved up to their mattress pads.

Except for billionaires with private islands, where else are these acts going to take place? Chances are it is in your hotel and the hotel next door. We can no longer say it's good for business, or it's a victimless crime, or what happens in the privacy of a hotel room…. Those days are over.

So, let's all agree what the problem is and how it involves hotels.

A teenager who is in a dysfunctional home situation (sexually abusive family member, for example) runs away from home, meets someone on the internet, or turns to drugs to escape. In any case, a predator (a pimp, a trafficker) swoops in, promises her security, money, drugs, or love - or all these things. This is an easy brainwash for a naïve girl or boy (pimps don't discriminate - any gender, orientation or age will do) who thinks anything must be better than life at home. He or she is taken out of state - there is a comprehensive network of child traders - so they cannot get back home. In a week or so, they are already turning tricks.

This is where you come in. Would any criminal take a victim to his house? Of course not. Hotels are clean, convenient, and that's where the customers are. The pimp will use internet advertising (known as a call-out service), his own network of regulars, or he will put the marketing on his new intern, requiring her to find her own customers.

In the beginning of a prostitute's career, he or she will likely be raped repeatedly, right there in your hotel room, until submission sets in. By the time you may meet a prostitute, she has accepted her new life and is likely not to consider herself a "victim".

But wait, there is more. A prostitute, who has sales quotas also, may have to expand her enterprise to more than sex in order to bring back more cash to her handler. A common hotel crime is a "trick roll", in which the prostitute either steals money from the "johns" wallet while he sleeps, or worse yet, invites her pimp into the room to rob and maybe beat the man and take his belongings. These trick rolls can result in stolen cars, burglary of the victim's house, even homicide.

Investigators are generally at a loss because the victim is often reluctant to press charges or file a police report because if he does, his spouse may find out or he will be ridiculed at work when his company finds out what he does on his business trips. Even if he does report it to the police, the prostitute is the only one who can be prosecuted, if she is captured, which does not solve the bigger problem of the trafficking. Not to mention that, in his mind, the hotel must be responsible, and will demand reimbursement.

Now that you are completely depressed or frustrated, lets talk about the good things that are happening on this front.

Police are starting to change their strategy and treat prostitutes as victims of trafficking instead of perpetrators of a crime. This means there is a greater chance for intervention and getting him or her out of "the life". It also means she can be used as a witness against her trafficker. No, this is not a perfect strategy and does not always work, but if one teen is saved then it's worth it.

The federal government and several state and local authorities are developing awareness programs and campaigns to intervene and get help for these teens at various points in their subversion. The general public is starting to see trafficking as the criminal exploitation it is and the more eyes and ears we have watching, the better. Light has a way of driving cockroaches back into hiding and makes their activity more difficult.

Many hotels and hospitality chains are implementing awareness programs so that front desk clerks, housekeepers and others know what is suspicious and what to do about it.

In part 2 of this article, I will present some resources and some ideas for you to create your own awareness campaign. It is the right thing to do.

In part 1 of this article, we defined sex trafficking and how it not only exploits (mostly) young victims, but leads to other criminal activity and violence in hotels.

Hotels have traditionally and legally been responsible for the safety and care of their guests. If a "hazard" exists and we know about it, that means we have "notice" and must take action. If a bad thing happens on your property or even elsewhere, it may mean the incident was foreseeable and you can be held responsible. In other words, we now know that sex trafficking and prostitution happens in hotels and likely is occurring in your hotel so you need to take some reasonable steps to prevent it.

There are some administrative things to be done, like requiring a credit card deposit when renting a room, refusing off-hour walk-ins, and restricting non-registered persons. But the best way to deter these criminals and stop the exploitation is to open the eyes of your staff and give them permission to report suspicious activity.

Guest Room Attendants see everything. We can teach them what is suspicious, what constitutes criminal activity, and what to do about it.

Front Desk Clerks generally see the money. They need to be taught the profile of a pimp AND the profile of a trafficking victim. There are some simple ways to distinguish these persons from your normal business or leisure traveler.

Valet Attendants, Bell and Concierge are often conspirators of these crimes, even if they don't realize the harm they are doing. They may receive tips or commissions for facilitating meets, providing preferred parking, and looking the other way. These members of your staff likely know most of the players.

If GRAs see everything, bartenders hear everything. Provide them some direction and teach them the ramifications of their silence.

Every education program for employees needs to include a reporting process on the back end. For small and medium hotels without their own investigators and security, local law enforcement should be consulted. Find out what they want to know and how far they are willing to go with the information. Some agencies may simply want crimes in progress only, but the more progressive ones will take action on seemingly insignificant tips if it means bringing down a trafficking ring.

More hotels are having to defend themselves for activities that they did not witness or even know were happening. That is why this requires proactive, rather than passive vigilance. And it is the right thing to do.

Darrell Clifton, CPP, CSP is the Executive Director of Security at Eldorado Resorts in Reno, Nevada overseeing the security departments at three local casino hotel resorts. In addition to his duties there he also works as a university instructor, consultant, and courtroom expert throughout North America for Hotels, Casinos and other industries.