Recovery from the COVID-19 Pandemic – What Should the Industry Expect? 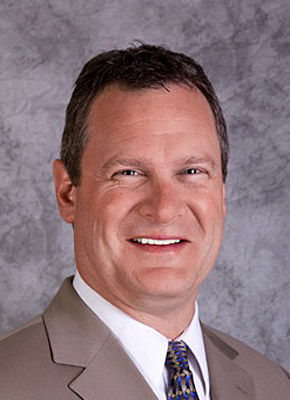 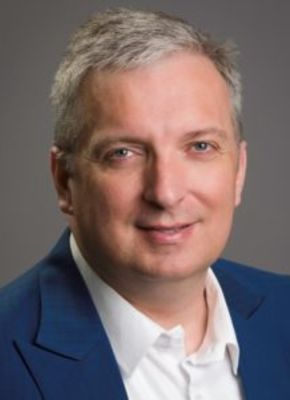 The World Health Organization (WHO) issued the first situation report on January 21, 2020, noting 282 reported cases with 3 deaths. 91.5% of these cases were found in the Hubei Province in China (World Health Organization, 2020). Just 66 days later, as of March 27, 2020, the global cases had risen to 509,164 with 23,335 deaths and 10 days after that more than doubled to 1.21 Million cases and 67,840 deaths. The United States currently represents 25% of the total global cases up from less than 5% in the past 10 days (World Health Organization, 2020). US experts anticipate the total number of infected patients and deaths to continue to grow exponentially in the coming weeks.

According to CBRE's Senior Managing Economist, Jamie Lane, the lodging industry will face two significant headwinds: the continued need for social distancing and a contraction in overall economic activity. CBRE estimates that overall RevPAR will decline by 37% in 2020, driven by a contraction of more than 60% in Q2. Prior to the COVID-19 pandemic, CBRE had forecasted a 0.1% in overall RevPAR decline (Lane, 2020).

Changes in annual RevPAR are expected to be worse in 2020 than the economy experienced in 2001 and 2009 combined. However, according to CBRE, the economy should rebound quickly and more strongly due to a resiliency in travel demand and a strong hotel revenue recovery plan. Further, CBRE estimates RevPAR could recover stronger than prerecession levels by 2021 (Lane, 2020).

CBRE concludes that as the pandemic slows down, hotels should start to stabilize in the third and fourth quarter of 2020, with estimated growth for 2021.

While the start of a recovery in the third quarter is encouraging, it should be noted, there is concern by some industry leaders that US hotel occupancy did not fall as quickly as it did in other countries, which means a lot of people were still traveling. This movement of people could continue to spread the virus and prolong the pandemic, thus delaying the start of a recovery (Sorrells, 2020). The continued monitoring of US travel patterns and rate of new infections will be important to understanding the pace of the virus. It is still difficult to pinpoint exactly when the recovery would start with any degree of accuracy; however, this isn't the first shock the hospitality and tourism industry has experienced, so understanding what has happened in the past may allow us to draw some conclusions around what may happen during this crisis.

In November 2002, the first case of SARS was reported in Guangdong, China. By March 2003, a global alert for China, Singapore and Vietnam was issued. WHO announced SARS had been contained by July 2003, approximately nine months from the start of the crisis to containment (Smith Travel Research, 2020). The following chart illustrates the ADR and Occupancy as a result of the outbreak with the lowest occupancy month being May 2003 at approximately 18%. It is important to note how quickly ADR and Occupancy recovered once the virus was contained.

Additionally, the data indicates that recovery can occur quickly if a pandemic is well contained and public fears can be put at ease. If the COVID-19 follows the SARS history, it would mean the hotel industry could be re-stabilized, albeit at a lower level than 2019 prior to the end of 2020. We view this "V" shaped recovery as a best-case scenario.

Another example of a pandemic recovery relates to the swine flu outbreak in Mexico City. According to Deloitte analysis using STR data from 2009 (Travel and Tourism Competitiveness Report, 2015), Mexico City experienced a 50% decline in occupancy levels at the end of April and early May of that year, but was in recovery by early 2010.

According to a study conducted by Cornell University, in cooperation with STR, using data from 34,695 hotels from 2000-09, the researchers analyzed changes in RevPAR for US hotels in the Upper Upscale category from the 9/11 Terrorist Attacks and the September 2008 Financial Crisis (Enz, Kosova, & Lomanno, 2011).

The study found that upper upscale hotels recovered RevPAR within four months from both events. The study concluded that the terrorist attack had a stronger and immediate negative impact on RevPAR than the financial crisis of 2008. The authors argue that the financial crisis had a longer duration and there was a sharper decline two months after the event due to the fall of Lehman Brothers. Both events performed in very different ways (Enz, Kosova, & Lomanno, 2011).

The key in both these situations seems to be uncertainty and lack of consumer confidence. After 9/11, the US government put additional security measures in place, which helped consumers regain market confidence and accelerated RevPAR growth and stability. In contrast, there was lingering uncertainty surrounding the 2008 financial crisis, which lead to a continued RevPAR decline after the event, and a slower start to the recovery. However, once Congress and President Bush introduced a Stimulus package in February 2009, the economy began to turn around.

Based on this analysis, it could be concluded that once the economy starts to recover, with government assistance, RevPAR performance would behave more like the 9/11 economic shock, versus the 2008 Financial Crisis.

The chart below shows the RevPAR changes over time for US upper-upscale hotels:

In broader terms, CBRE data suggests that demand for the entire US hotel industry (all classes of hotels), starts to realize recovery within seven months from the event (Lane, 2020). Economy and midscale hotels were slower to recover than upper-upscale and luxury hotels (Enz, Kosova, & Lomanno, 2011).

From a macro point of view, considering SARS, 9/11 and the financial crisis of 2008, the data suggests recovery starts at the point consumers feel confident that a crisis is under control. Further, stabilization and recovery in the hotel industry occurs between 4 to 7 months and is largely tied to GDP performance (Travel and Tourism Competitiveness Report, 2015).

Once the number of new cases stabilizes or starts to decline (which some experts believe may happen late April, following the peak of the crisis) economic experts believe a recovery may happen relatively quickly. While we expect to see continued RevPAR declines throughout the month of April, if historical trends hold, the outlook is very encouraging for a late Spring to early Summer rebound.

In terms of market segmentation, we anticipate that leisure segment will recover first in markets with lower population densities (i.e. resort and rural locations) as leisure guests continue to avoid large crowds for a time. Conversely, we project business travel and small meetings to recover first in urban markets. Overall industry figures are likely to be skewed toward a steeper group recovery than what is typical following a shock, as many meetings, originally scheduled for March - May, 2020 haven't cancelled, but have elected to push back to later in the year.

While the potential for a "V" shaped recovery as we head into Summer is encouraging in the short term, it is important to note that the CBRE projection of a 38.3% growth in RevPAR in 2021 followed by a 13.4% growth in RevPAR in 2022 barely gets us back to 2019 levels. A further erosion of GDP, a false stock market rally that peaks then falls, lack of pricing growth in negotiated corporate rates for 2021, or smaller regional reoccurring COVID-19 outbreaks could provide for additional headwinds towards recovery. That said, our industry is a resilient one, so undoubtedly, just as we have done following previous demand shocks, we will emerge stronger, more focused and even better prepared to serve our guests in meaningful ways.

Trevor Stuart-Hill is the founder and president of Colorado based Revenue Matters. He co-authored the first college-level textbook on the subject of revenue management and was a founding member of the Hospitality Sales & Marketing Association International‘s (HSMAI) Revenue Management Advisory Board.