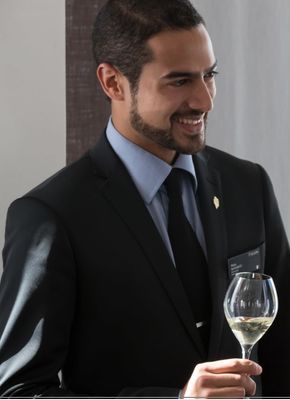 Since the beginning of the spread of the virus, all industries worldwide have been heavily affected. It has consequently left its impact on the wine market which has started to deteriorate at the announcement of the cancellation of some major local, national or international events. Amid these events, Divinum Switzerland, where I have the honour of being the ambassador and that allows more than 300 winemakers to exhibit their products and participate in maintaining existing and developing new customers, has been cancelled. On an international scale, the world of wine vibrates with Vinexpo and Prowein, where important economic decisions related to wine are made, have been cancelled.

According to Gastrosuisse, the largest Swiss employers' association for the hotel and catering industry, the hospitality sector in Switzerland has seen its turnover drop by approximately one third over the past month, especially after the tightened measures imposed by the government on 16 March banning all public and private events, including restaurants, bars, sports facilities and cultural spaces. As a sommelier, I'm just at the end of the chain between the customer and the supplier / winemaker and gathering the news on the current situation from all actors involved is not pleasurable as the situation is impacting all of them.

There are several business structures in the sale of wine. One of them are importers who have been around for a long time and have developed a very serious portfolio of customers. These importers come with a very diverse offering and cover several types of requests: local wines, French wines, New world wines, as well as particular niche wines. While the impact of Covid-19 on various importers is not the same, what the import leaders have in common is their collaboration and their privileged relationship with restaurants and hotels. With their business strategy previously heavily focused on the Hospitality and Restaurant sector, the volume and frequency of sales of wine have become critical under the current circumstances. The drastic governmental measures around the world have impacted not only the demand but also the production of wine. 20% of wineries have stopped the production and have anticipated a 75% decrease in sales in April. At this point all parties involved are thinking about ways to develop the offering to the individuals in order to generate some sales. Some wine-houses are like big ships and they have long sailed left, so it's almost impossible for them to change their way to navigate right.

With the production of this last year's wine supply in progress, the situation also heavily impacts the existing product stocks of the winemakers, looking to sell the wine reserves of 2018. However, due to the recently applied state measures, the biggest wine producing countries - Italy, France, Spain and US - have seen the sales decline steadily.

Some employers had to put their employees on early holidays, while others, aiming at increasing sales, reach out to various tools such as newsletters or online price reductions in order to reconnect with the individuals confined at home. In order to minimise the physical contact, the winemakers have resorted to home service a solution also suggested by the Swiss Wine Market Institute (OSMV), a national competence centre for wine economics in Switzerland.

The concept of facilitated "drinking in" while "eating out" has become impossible has also boosted home delivery services. Not only the delivery fees have been lifted by many wineries and merchants, but also value-added online services have been offered to the customers. In the U.S. New York City's La Compagnie des Vins Surnaturels has developed "wine bootcamp" - video series on YouTube offering virtual wine tastings, while The Morris restaurant in San Francisco has set up an email sommelier consultation service.

The impact of the virus has allowed for a strong feeling of solidarity to emerge among the actors in the industry. A number of wineries have donated part of their profits to the hospitals. In Italy, Inserrata, a family-run organic farm in Tuscany, is donating all its profits generated by the sale of their Sangiovese rosato "Inebriante" to the Italian Red Cross. Coupled with that, upon wine delivery, the customers are then invited to join Italian food and wine influencers for a virtual aperitivo where typical aperitivo foods are presented to accompany the wine. Instagram channel Cantina Social has started the #iorestoincantina hashtag and project to put in touch wineries and customers, while donating 10% of the revenue to the winemaker's local hospital or to Italy's Civil Protection Department.

Due to the uncertainty in the evolution of the spread of the virus, it is yet too early to predict the future of the wine industry. Did you know that importers have already pre-booked and ordered quantities of rosés for the summer? Let's hope the rosé will not have too much of a sour after taste…

Réza Nahaboo is an award-winning sommelier with over 10 years of experience at renowned restaurants and luxury hotels in Switzerland. Originally from Mauritius and Réunion, he began his career at the age of 20 as Sommelier at L’Ermitage by Etienne Krebs. In 2008, Réza became Assistant Chef Sommelier at the Restaurant de l’Hôtel de Ville in Crissier, a three-star Michelin restaurant widely considered among the world’s best.