In The Throes Of A Dual-Front Crisis

Establishing the road to a global consumer recovery 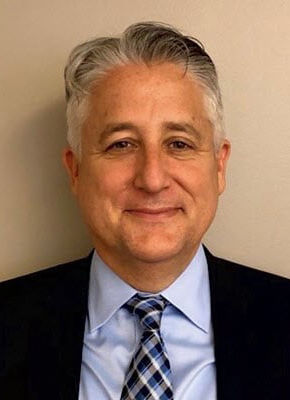 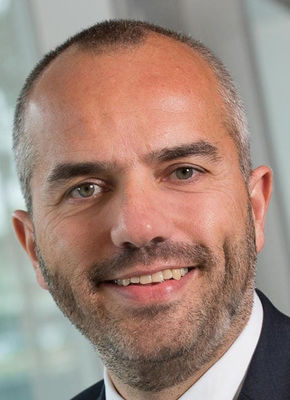 How is the interplay between personal safety and economic concerns affecting consumer spending behavior? Explore our global survey findings to find out.

IN the span of a few months, what started as a global health crisis has also morphed into an economic crisis. It's been more than a century since the world has seen these two forces so intertwined.1 As economies the world over seek to reopen, businesses are keenly interested in the interplay between personal safety and economic behavior. When will consumers feel safe enough to return to work, stores, theaters, restaurants, and travel? Will they return to old behaviors or will new ones be born? How will consumers in different countries weather these dual crises?

To begin to answer these questions, Deloitte is conducting a series of biweekly surveys in multiple countries to understand the mindset of the consumer. Our first such survey, conducted the week of April 13, 2020, turned up the findings we share below. Check in every two weeks as we continue to explore the consumer mindset and emergent trends in successive surveys. As we gather longitudinal data, we expect to develop insights into the "new normal" that we are all about to inhabit.

How anxious are consumers overall?

We are all living through an anxious moment. We have varying levels of concern for our personal safety and our financial health. As countries move through different stages of the health and economic crisis, we asked respondents if they were more anxious this week than the previous week.

Collectively, respondents in India and Japan showed the greatest rise in anxiety, possibly due to the extension of stay-at-home orders that impact employment prospects. They were followed by the United Kingdom, Spain, and Italy (figure 1). In contrast, respondents in South Korea, the Netherlands, and Germany, on average, disagreed that they were more anxious this week than the previous week, possibly as a result of adjusting to the new normal and/or announcements of plans to reopen their economies. Either way, their reported lack of increase in anxiety is a hopeful sign to those who are still in the throes of the crisis.

In the matter of weeks, the ordinary acts of going to the store or taking a flight have become more fraught with concern. With many economies driven by consumption, it's likely not until the public feels safe that consumers will return to behaviors that we only recently took for granted and economies return to strength. It will be interesting to watch these attitudes as economies attempt to reopen. When will the consumer feel it safe to consume more than the essentials?

Concern for one's physical well-being and that of family and others remains relatively high across the countries we studied. Health concerns were the highest in the world's two most populous countries, China and India, while they were lowest in the Netherlands and South Korea (figure 2). South Korea has been aggressive about testing and keeping its economy open.2

Around the world, many economies have come to a near-complete standstill due to COVID-19. The knock-on effect has been rising unemployment across the globe. In United States, hit hard by the COVID-19 virus, 22 million people filed for unemployment insurance in the four weeks leading up to April 17, 2020—wiping out a decade of employment gains.3

But health concerns continue to dominate over financial concerns, particularly among countries that have been affected by COVID-19 the longest (figure 3). In India, health and financial concerns are currently more or less on par with one another. Western Europe, North America, and Australia appear to share similar levels of concern. Spain is a little higher and the Netherlands a little lower in concern along both dimensions than the other countries in this group.

Consumers' concerns about their well-being has obvious implications for retailers, restaurants, hoteliers, airlines, and a host of other consumer-oriented businesses. People should feel safe before economies can reopen and society returns to any level of normalcy.

In contrast to their relatively high level of health and financial concern, a relatively high proportion of respondents in India said that they would feel safe staying in a hotel or taking a flight. As India fortunately has not seen major COVID-19-related consequences, concerns over health and finances have likely yet to translate into daily attitudes about safety (or spending behavior, which we discuss in more detail below).

Where are consumers spending their money?

Facing a great deal of economic uncertainty, many consumers are looking to curb their more discretionary spend, and they may eventually look for ways to cut even their less discretionary spend to make ends meet. Indeed, our survey suggests that in many countries, most consumers' net spending intent is to curb their discretionary spend over the next four weeks (figure 5). (We chose to ask about a four-week period because it represents a typical household budgetary timeframe. Our survey will track a rolling four weeks in subsequent surveys to understand how net intentions are changing.)

When we look at net spending intent—that is, the percentage of respondents indicating that they will spend more minus the percentage of those who say they will spend less—not surprisingly, we see a net intent spending increase in less discretionary categories, led by household goods and groceries. With many people working from home, the survey also showed slight rise in the intent to spend on utilities, internet, and mobile communications.

With stay-at-home orders still in effect for many, more discretionary categories such as travel and automobile fuel are easy categories to eliminate from the consumer's current budget. However, if economic impacts continue to drag on, consumers are likely to start adjusting their less discretionary spend as well.

What does the average net spending intent by country tell us?

When we take a more macro view of net spending intent, some countries such as India, China, and Germany show more net intention to spend on both more discretionary and less discretionary items such as books, cable TV, and entertainment (figure 6).4 This may reflect their confidence in their countries' public health campaigns, economies, and/or public safety nets—or it could reflect consumers' strategy to distract themselves from an uncertain future. Consumers in India may be currently seeking to stockpile less discretionary items. News stories suggest that many are upgrading internet plans as work shifts to home, buying months' worth of medicine,5 and spending on health care.

However, the consumers we surveyed in all other countries, particularly Canada and Italy, report that they intend to lower their average discretionary spend over the next four weeks. As isolation measures start to relax, the extent to which purchase intent fluctuates for more discretionary items may be a good indicator of pent-up demand in each market going forward. Either way, it will likely be useful to watch as confidence returns over the coming weeks.

No one wishes for a resurgence of COVID-19 later this year. Should the disease reemerge, it will be telling to see how countries rise to the occasion to protect their citizens and their economies.

Each biweekly survey is fielded using an online panel methodology where consumers are invited to complete the questionnaire (translated into local languages) via email. The surveys, conducted in 13 countries and designed to be nationally representative of the overall population in each market, poll 1,000 consumers in each country.

Technology is changing rapidly, and so are consumers, radically altering how companies do business. The Deloitte Consumer Industry Center delivers insights that help leaders in the automotive, consumer products, retail, transportation, hospitality, and services sectors better understand their business environment and where it's heading.

Steve leads a team that conducts research to uncover new ways of thinking, working, and leading within the consumer industry through data and evidence driven analysis. With nearly 20 years of experience within consulting and high tech, Steve is especially interested in the intersection of technology, consumers, and business.