Online Travel: Can Anyone Challenge The Supremacy Of Booking And Expedia? 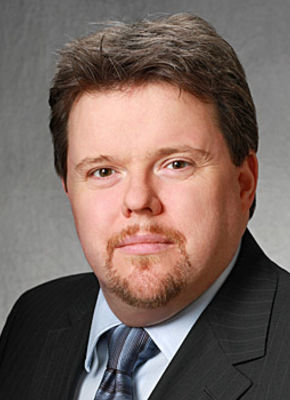 Despite their comparative youth, Online Travel Agencies (OTAs) wield an incredible influence in today's travel sector. Recent estimates suggest that two companies (Booking Holdings and Expedia Inc. respectively) control over ninety percent of the indirect online travel market in the U.S. market, making them incredibly powerful. As a result, there have been frequent calls (and increasingly, anti-trust investigations) to try to reduce their influence. Short of breaking them up, the big question is who can challenge these two giant online travel companies?

The first, and most frequently cited, is Google. The search giant already effectively dominates the initial stages of the customer journey for most travelers, with over 70% of non-brand loyal customers starting their travel planning process on the search site. And now with its recently introduced 'Travel' section, Google seems intent on capturing an increased share of the inspiration and research phases. While many have speculated that Google ultimately intends to leverage this advantage to go far deeper into the travel distribution process, in particular by directly facilitating purchases, my feeling is that this is unlikely. Why bother getting involved with the messy processes of contracting with suppliers, processing payments and dealing with after-sales service, when instead you can collect a big fat cheque simply by referring qualified traffic? Thus, it would not be in Google's best interest to directly challenge Booking and Expedia, as this in effect would mean alienating two of its biggest, and most profitable, customers.

The second potential challenger is Amazon. Although the company has already made some abortive attempts to enter the travel space, to date it has not managed to find an appropriate business model to make things work with travel. But with a direct line to over 100 million affluent customers globally through its Amazon Prime product (the majority of whom are frequent travelers), it's only a matter of time before it attacks the travel market again. Here, as in other sectors, it will undoubtedly adopt a platform approach, bringing buyers and sellers together in return for a referral fee, thus positioning itself as something more resembling a meta-search engine rather than a mainstream OTA. And getting this to work will require the active cooperation of both Booking and Expedia, as otherwise Amazon would find it difficult to access sufficient supply to be able to propose a compelling value proposition to the customer.

The third threat to the established OTAs comes from the East. Within the somewhat isolated Chinese market there are already some giant e-commerce companies with both interests, and unparalleled experience, in online travel distribution. Ctrip.com is the most obvious pure player, but e-commerce giants such as Taobao and JD.com also have developed significant interests in the travel space. Having conquered the Chinese market, these mega-companies are not only highly profitable but cash rich and poised for expansion. With nowhere left to go within their domestic market, they will undoubtedly shortly explode onto the Western world seeking new opportunities for growth. However, if past experience is any guide, rather than direct confrontation they will most likely adopt a salami-approach, buying up slices of leading companies and using this subsequent influence to create mutually beneficial alliances. Thus, rather than challenging the incumbent players, they potentially may act as a new source of cheap capital and expertise that undoubtedly will help further consolidate Booking's and Expedia's position and market share.

If not Google, Amazon nor the Chinese e-commerce giants, who then can displace Booking and Expedia from the winner's podium? For me the answer is global hotel chains like Marriott, Accor and Jin Jang! Such companies have been challenging the OTAs for many years, or is it now decades? However, to be successful they fundamentally change the way they do business. Some have already begun. Already most of the global hotel chains have adopted an asset-light approach, divesting themselves of the old-world real estate that limited their potential. Others are consolidating to give themselves the scale and resources necessary to be able to compete more effectively. However, to truly succeed they will have to take a further leap of faith by abandoning their traditional revenue model of charging fees on a hotel's total gross revenue, switching instead to one based only on quantifiable business delivered.

Accor had the right idea with its innovative but now abandoned 'Marketplace' product where it leveraged its existing technological and expertise assets to distribute carefully selected third party properties in return for a (considerable) commission. In this way, the company not only managed to generate additional revenues from its committed assets, but at the same time also offer more comprehensive choice to customers, creating a symbiotic win-win situation for all concerned. Going that extra step, and offering a similar kind of performance related deal to hotels would not only fundamentally change the rules of the hotel branding game, but also focus brands much more clearly on the key issue in hotel profitability today - driving bookings to their member properties.

With its geographical scope and mastery of 'controlled' distribution, newly consolidated Marriott could easily propose such a solution in the U.S. market. Similarly, Accor and Jin Jang (or perhaps rapidly growing upstart OYO) could do so in Europe and Asia respectively. In each case the greatly expanded product selection offered by the newly empowered company would present the existing OTAs with a viable and compelling competitor for the customer's business. By leveraging their loyalty programs to maximize the lifetime value of the customer, hotel chains should also be able to provide greater value for a comparable or maybe even a lower price, thus helping to drive those all-important, high margin, direct bookings.

Although deeply entrenched, Booking and Expedia are not invincible! However, challenging them requires courage, agility but most importantly innovation. It requires abandoning what has made hotel chains great in the past in favor of the unknown. But as Marshall Goldsmith points out, what got us here won't get us there! Challenging the incumbents requires change. Is there revolution in the air? 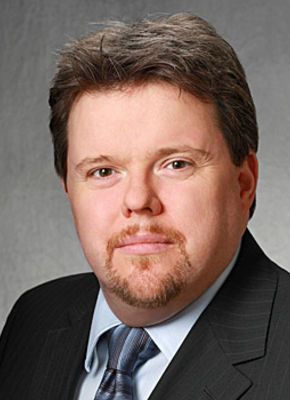