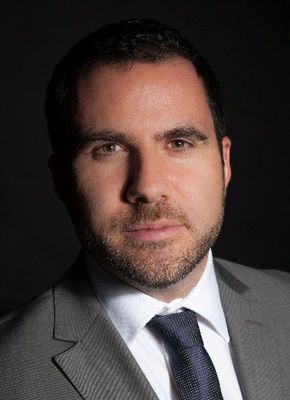 As hotels begin to re-open, revenue managers need to decide their pricing and rate strategy. As there is no historical data to refer to, revenue managers will need to pay attention to their entire market and look beyond their comp set. Technological tools such as the RADAR report provide you with the forecasted rates for each market and can be tailored to each hotel's unique circumstance and competitive set. This study will focus on the room pricing outlook for two main European markets: London and Paris.

How Hotels are Adjusting their Rates

Throughout May, many hotels were anticipating re-opening by July. At this point, about 90% of hotels are expected to be open in each city throughout July and August. Despite being open, hotels are pricing themselves into different rate categories than would be expected, given the current circumstance. Many of the 4-star hotels in London are pricing themselves in the 5 and 3-star categories. Meanwhile, in Paris, the trend shows more 3-star hotels are pricing up to 4-star rates rather than the opposite.

In London, it is expected that between 100%- 120% of the hotels disclosing rates will be using 3-star rates through the end of August. This means that though 4-stars hotels will be open, they will be offering a significant decrease in rates given the current situation. As can be seen in the graph above, at the beginning of July over 100% of hotels are pricing in the 5 star range, meaning that 5 star hotels are not pricing down and 32% of 4-star hotels disclosing rates, are pricing up. Prices begin to converge in August as each rate segment begins to share an equal portion and rates begin to normalize.

In Paris, the rate difference is expected to be less drastic. Most hotels are still planning on pricing themselves in the 3-star rate category through July and August, with a trend of 36% of the 3-star hotels pricing up in the 4-star category. The 5-star hotel pricing is stable through July and August, with 10% of the 4-star hotels disclosing rates, pricing up from the end of July through the end of August.

London rates are expected to peak in July while June and August's performance vary between segments. Paris on the other hand, will peak in June across all three segments and expects a low season in August compared to the prior two months.

In general, both cities' rates decrease as the arrival date approaches. This could be due to adjustments made as more realistic and present data becomes available. Anticipating rates further out will not be as accurate as the situation remains unclear.

Actions to optimise the revenue amidst Travel Restrictions

It will be important to pay attention to the evolving government regulations as this will affect your rate strategy and target market. Though hotels have re-opened, the EU border restrictions and mandated quarantine measures are still in place in many countries including the UK. Many events were also cancelled which further reduces the demand in both cities. This will have a large impact on international tourism and typical source markets, causing hotels to shift their focus to domestic tourism.

Below you can find easy actions to optimize your rooms' revenue and increase your hotel value dependent on your strategic plan.

The analysis is based on forecasted average room rates obtained from RADAR reports.