A “New Normal” for Travel Influencers

Why Curacity’s Instagram Product Will be Critical for Hotels’ Comeback 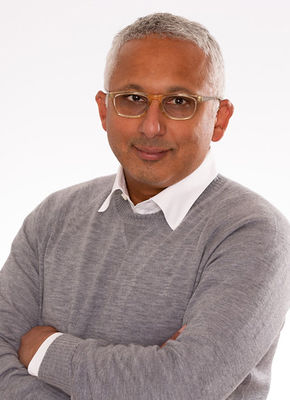 Pre-COVID-19, the majority of hoteliers' sentiments could be captured in this one quote from an Atlantic Monthly article published in 2019:

"Everyone with a Facebook these days is an influencer. People say, I want to come to the Maldives for 10 days and will do two posts on Instagram to like 2,000 followers. It's people with 600 Facebook friends saying, 'Hi, I'm an influencer, I want to stay in your hotel for 7 days. These people are expecting five to seven nights on average, all-inclusive. Maldives is not a cheap destination." - Kate Jones, marketing and communications manager at the Dusit Thani, a five-star resort in the Maldives.

The rise of travel influencers created friction for hotel marketers.

This was particularly true in the early days of Instagram influencers. At that time, influencers were paid or provided with goods and services in exchange for an Instagram post. At first, these posts would be seen by about five percent of their followers. But, as Instagram's algorithm evolved, that number dropped, with only two percent of followers seeing that post organically. Soon, one-fifth of the world's population had registered with Instagram, and almost three percent of those claimed to be influencers (that would mean there were 60 million self-proclaimed Instagram influencers). It was nearly impossible to quantify who really had influence.

It seemed like Instagram needed to separate the wheat from the chaff to make theirs an accessible marketing platform for luxury hotels and their distinct audience. And clearly the situation was ripe for disruption: Hotels were inundated by Instagram influencers—both wannabe's and quality influencers with meaningful influence. Instagram's scale was so fast and furious, that hotels were not prepared or provided with the analytical tools to identify true influence that would work for their unique property. Hotels were hard pressed to declutter the noise, and marketing departments were challenged to prove ROI efficacy.

Enabling brands to "amplify" an influencer's post ensured that those posts could be seen by more than the organic reach of roughly two to four percent of their followers. Amplified posts became content marketing tools, enabling brands to reach the majority of the followers of the right influencers. Once amplified, an influencer's post to a following of one million people, once only seen 30,000 times (on average), could now be shown to one million people. Did hotels do this? And, if they did, did it help with measurement? Not really. There was still a missing link.
Unlike its parent company Facebook, Instagram is unable to provide analytics to advertisers that prove their platform's online-to-offline sales and influence for hotels. This was brought to light by a 2019 report published in USA Today: "Native platforms like Instagram provide only certain metrics, which don't get at conversion rates." Travel and beauty influencer, Lindsay Silberman told USA Today, "What they don't show is how many people went into a store to make a purchase based on the influencer's recommendation, or how many people bought the product or booked the hotel at a later time." Silberman would take screenshots of her followers' direct messages to prove who to hotels that her followers actually booked hotel rooms based on her Instagram posts and recommendations.

Fast-forward to today's "new normal," where Instagram measurement for hotels is a reality. Curacity, an analytics and data measurement company, which works with Facebook's travel marketing team, has constructed the first data bridge to measure how Instagram posts lead to hotel bookings. Highgate Hotels is the flagship partner already working with Curacity on its Omni-Channel Revenue Attribution (ORA) program. It is the first hotel group to innovate their Instagram plan, and are actively measuring the ROI impact of Instagram influencer posts on revenue.

Highgate partnered with Curacity to prove a hotel's ROI from Instagram influencer posts.

Since Q4 of 2019, Curacity has vetted, placed and measured 1,000 influencer posts about participating Highgate properties. The findings are riveting:

This translates into a new revenue stream of $10 billion to $20 billion for the luxury hotel industry.

How, you ask? Under non-COVID-19 circumstances, 20 percent of the industry's perishable inventory equates to $3 billion to $5 billion in unrecognized revenue. Hotels rarely operate at a 100 percent occupancy rate, and due to COVID-19 occupancy rates are at an all time low. If only one out of five empty rooms are filled with Curacity influencers—who are proven to drive three to five future bookings--at scale, that could generate $10 billion to $20 billion in new revenue for the luxury hotel industry. This means that hoteliers who use this "new normal" of empty rooms wisely, each Curacity influencer stay can reap three to five times its revenue in the future. (See graphic 1.)

This kind of revenue scale would rival that of online travel agencies (OTA) or pay-per-click advertising (PPC) for some luxury hotels.

When COVID-19 changed everything, local travel became the only bright spot in today's travel ecosystem.

According to a poll of Curacity's influencers, 67 percent of reported that they would like to travel locally and safely amidst the pandemic. Curacity finds the best local Influencers who are willing to travel and can turn an empty room into future bookings and revenue.

Curacity's award-winning data science team has found that 2,000 Curacity-vetted influencers yielded 35 percent positive revenue signals. Curacity has pioneered a proprietary, predictive model to allow hotels to turn empty rooms into revenue. Perhaps that is why it was named by Fast Company as one of the top 10 data science companies, and the only company named that serves the travel industry.

Below is an overview on how the data analytics company measures the full financial impact of Instagram influence on direct hotel bookings.

Curacity worked with Facebook on best practices for hotels and travel influencers. This download (https://www.curacity.com/fbbestpractices/) is filled with tactics on how to produce revenue-producing content on Instagram, along with stats and goals for a hotel's ability to maximize their social media and influencer programs:

Mike Keriakos is a digital executive and entrepreneur with a proven track record of leading a startup through an IPO on the NYSE. In 2015 he co-founded and became CEO of Curacity, a marketing technology and data analytics company serving the hospitality industry. Prior to that, Mike cofounded Everyday Health in 2002 and as its President he led their M&A activities to expand its footprint which aided in increased ad revenue from $6 million to $130 million within seven years.