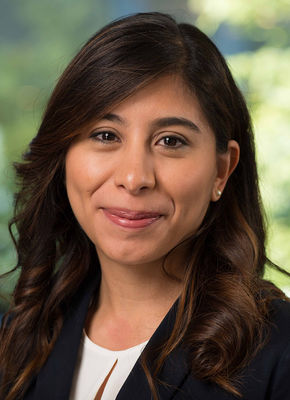 With the exponential growth of the beer industry in Switzerland over the past decade, beer tourism has emerged as a tourist activity in its own right across many cantons. Craft breweries showcasing their beer together with local members of the community have set up beer hiking tours where tourists walk around stunning Swiss landscapes, tasting local beers, meeting local brewers and enjoying the local food. Highly attractive to beer aficionados, beer tourism is becoming an interesting experiential activity in Switzerland where tourists combine leisure and discovery.

What is beer tourism?

Similar to culinary tourism, beer tourism aims at showcasing the local culture of particular regions around the theme of beer and its production. Breweries and their offerings are considered an important part of the regional output and are a great excuse for visitors to experiment and experience what the local culture is all about. Beer tourism is often based on beer festivals, hiking tours and beer tastings, with the addition of visiting specific breweries and interacting first-hand with master brewers. Countries with a long-standing beer industry such as Germany and Belgium have been offering diverse programs for authentic beer experiences ranging from Bavarian beer gardens to remote monastic breweries.

In a similar vein, Switzerland's beer tourism is on the rise thanks to the rapid increase of new breweries and the boom in beer varieties. The world's third most popular drink (after water and tea) has quickly become part of the Swiss tourism map in many regions. Thus, contrary to traditionally beer-oriented countries such as Germany and Belgium who owe their beer tourism reputation to ancient breweries and a strong beer tradition from by-gone centuries, the Swiss case of beer tourism has been highly influenced by the work of contemporary entrepreneurs in the industry.

Typically characterized by large and well-established producers such as Feldschlösschen and Locher, the Swiss beer industry faced a crucial change after the year 2000 when the first craft-breweries such as Docteur Gab's were established. However, it wasn't until 2010 that the industry really took off and the number of breweries started to increase by 146%. For instance, 120 new breweries were launched in 2016 alone and approximately 600 were founded between 2015-2018 on the Swiss territory.

Such a beer boom opened new opportunities not only for the industry but also for tourism. It was the work of beer aficionados, as well as the support of local craft breweries, that gave birth to some of the most exciting beer hiking tours in the cantons of Bern and Argovia, (for example, the hiking paths that later became regular Bierwanderungen in Mühlethurnen).

The best places for beer tourism in Switzerland

Here are the top three beer destinations for beer tourism in Switzerland:

This leisure hike through the Gürbethal between Bern and Thun has been taking place every summer since 2014 and attracts over 1000 attendees on a yearly basis. It showcases the variety of beers from seven different local craft breweries and allows guests to interact with master brewers while enjoying the breathtaking Gürbetaler landscape.

Hosting over 300 attendees, this hike showcases 14 brews from six different craft breweries from Argovia. This eight-kilometer hike promises an unforgettable beer experience in one of the most beautiful natural parks in the country.

Schilerbach is considered a "craft beer magnet" for attracting over 1000 people to their beer hiking tour every year. On this hike through the canton of Lucerne, beer fans have the chance to taste 28 varieties from seven craft breweries while meeting the master brewers and discovering more about each product. At the end of the day, attendees have the opportunity to rate their favorite beers and a prize is granted to the winner.

The flourishing beer industry in Switzerland has opened the door to developing tourism activities in many of its regions. In cantons as diverse as Bern, Argovia and Lucerne, beer has become a tourist attraction for both locals, national and international tourists. Beer tourism has developed hand in hand with the exponential growth of the beer industry and the number of craft breweries recently established in the country. A refreshing new reason for booking a Swiss holiday!

Dr. Margarita Cruz is an Assistant Professor of Strategic Management and Entrepreneurship at Ecole hôtelière de Lausanne. In her research, Margarita studies the role of authenticity in influencing entrepreneurial attempts such as entry of new organizations and new product introduction. In the classroom, Margarita likes to bring state-of-the-art trends and practices about the entrepreneurial and strategic scene in the hospitality and F&B industries.