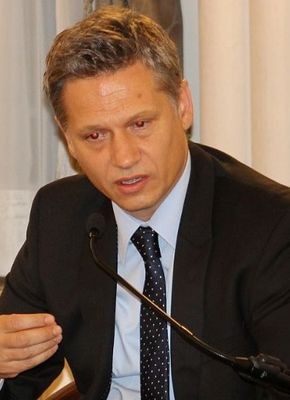 A friend of mine who is high up in the finance world said congratulations to me the other day. He said he noticed in the media that RoomOrders appeared to be doing well in these dire circumstances and that he takes his hat off to me.

It caught me off guard - not so much because I felt underserving, I didn't; I mean, I don't. We indeed have been enormously affected by the coronavirus and have turned everything around, acquiring more hotels and resorts than ever before. But because this was a childhood friend, someone I rarely ever talked shop with, it felt out of the blue.

I guess it IS a big deal. RoomOrders really HAS done well. And not just for itself. RoomOrders really HAS and DOES help in what is perhaps, or will be, the world's greatest ever economic crisis. At least for the hospitality sector, or more specifically hotels and resorts, as well as restaurants, bars and cafes.

In only the last 14 days, RoomOrders has acquired the Hilton Kyiv and four of its adjoining restuarants and bars. Hilton Kyiv was Europe's best performing property prior to the corona pandemic - and will surely restore its lustre with a smooth, safe digital experience like ours. We signed the Gleneagle Group in Ireland, which has five hotels and a host of restuarants, pubs, bars and cafes on its premises. The Gleaneagle and The Brehon only reopened last week, but it will be rip-roaring again in no time. Adding to the list was the luxurious Fairmont Barcelona and two hotels in the United States, The Doubletree Hilton in Desmond, Pennslyvania, and the popular Archer Hotel in Texas. Several lesser known hotels joined as well as three large restaurant and cafe chains in Croatia.

RoomOrders is a digital menu, or menu in the cloud. It allows guests to self-serve with their own smartphone devices, whether they be in a hotel room, a swanky restaurant, on a poolside deckchair, a rooftop bar, or in a downtown cafe.

RoomOrders was growing in popularity among leading branded hotels prior to COVID-19, operating in Hilton's from Sydney to Boston and Belgrade. Other chains like Marriott, Accor, MGM and Rotana were also using RoomOrders in cities s diverse as Las Vegas, Dubai and Zagreb.

And then it all grounded to a screeching halt.

Virtually every hotel shut its doors. While everybody else seemed to be wallowing, we pivoted more heavily into restaurants and bars, edging from a platform that almost exclusively supported in-room-dining to servicing the entire hotel ecosystem - allowing hotels to gradually emerge from the lockdowns with their auxilliary assets leading the charge.

So many surveys I've read recently indicate that the things people miss most about being locked down is going out to eat, drink and socialise. And the first thing they want to do, when the restrictions are lifted, is seek a safe place to resume their favorite pastime.

We've realised that guests love technology, but not other people's technology. They are afraid of touching foreign objects like tablets, menus and salt shakers.

RoomOrders helps hospitality into the touchless economy without pesky app downloads. Just scan a QR code with your own mobile device and order. Simple as that!

I suppose my friend was right. We really have done well under the circumstances. Digitalisation and low touch technology is the only solution for hospitality today. RoomOrders is no longer a nice idea - it's a necessity!

"So, RoomOrders has killed COVID?" my friend joked.

I laughed aloud spontaneously, good one.

Killed COVID, I chuckled to myself moments later. Imagine that, killing corona?

Maybe... maybe we could.

Eugene B. Jones, is a former long-time journalist for leading news outlets like AP, New York Times and The International Herald Tribune and marketing consultant for global giants like Vodafone, Red Bull and KPMG. His vision is to bring hospitality into the Low Touch Economy, particularly interconnecting hotels and resorts, restaurants, bars and cafes into a digital ecosystem or community via guest/customer smart phones.

RoomOrders is a cloud-based menu that brings hospitality into the Low Touch Economy by digitalizing orders and payments of goods and services. Your customer may be a guest in your hotel, a visitor in your restaurant, or even a family at home in their living room. All they need is a smart phone to order to their doorstep, hotel room or table. A global leader in digital hotel and resort ecosystems, RoomOrders interconnects hotels with their on-site facilities - like kitchens, restaurants, gift shops, golf courses, camping grounds, rooftops, pool-sides and marinas - as well as surrounding vendors, from restaurants to fresh food markets, pharmacies, beauty and wellness, dry cleaners, casinos and tourist attractions.  Visit www.roomorders.com.