What can the History of Hotel Teach Us? 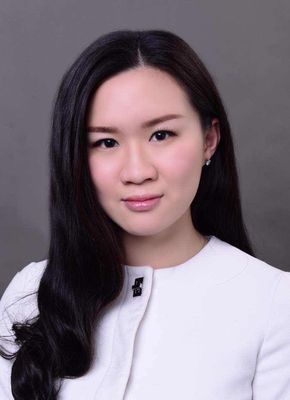 The pandemic has brought every hotelier to see our industry differently. How will the industry change after this? The best way to imagine the future, maybe, is to look into its past and present.

The word "Hotel" is actually coming from the French word "Hôtel" and has the same origin as "Hospital". You might be surprised about this interesting fact, but at least it shows how important the caring function is in our industry. Hospitals are providing physical care to patients to recover, and hotels, in a way, provide care and rejuvenate guests.

Hotels for the Minority Stage 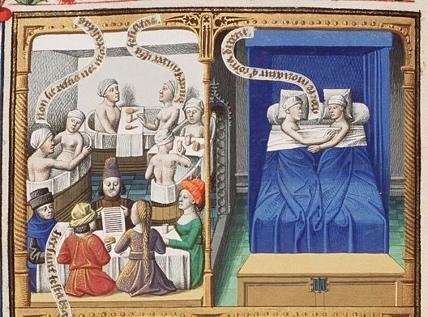 Hotels have existed before we even know there is a word called "Hotel". For example, in China, during Ying and Shang Dynasty, 1600 BCE - 1046 BCE, the "Inns" have been set up mostly for government and military function, it served as rest stops for mail coaches and their horses.

Similar inns structure in Europe during the middle ages when bathing was a luxury for the most people. Only people in high society have access to private baths. So, an establishment for "Public Baths" was created. Sometimes, people would even take a nap after their baths, this can be considered as an early model of what we call "Hotels" today. 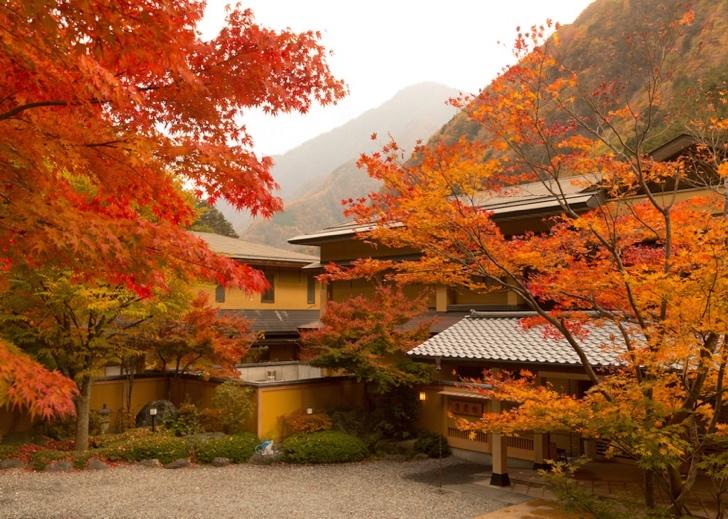 According to the Guinness Book of World Records, the first hotel is actually called Nishiyama Onsen Keiunkan in Yamanashi Japan. You might not be familiar with the place called Yamanashi, but you must be familiar with "Mount Fuji" or "Fuji Five Lakes Areas" in Japan. Yamanashi is located nearby and provides a resort feeling. Nishiyama Onsen first opened in 707 CE, at that time, only royal and nobles could visit this hot spring resort. But of course, nowadays, the hotel is opened to everyone and it has been operated by the same family for 46 generations.

The 17th century is a meaningful time in human history. Modern Science has started through revolution and people are aware of air pressure, machines and Newton's Law of Motion. Naturally, people also begin to see the world as a whole for the first time. This inspires human curiosity to explore and travel. With the transportation, electricity and technology advancement from the 17th to 19th century, the hotel industry slowly started to form. 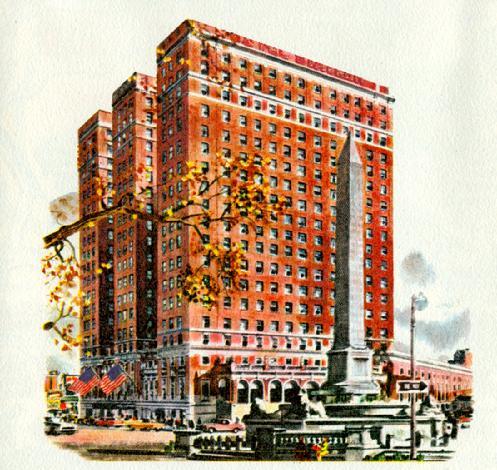 The modern hotels that we are familiar with today are partially credited to Mr. Statler, who created the famed Buffalo Statler in 1908. Instead of appealing only to the rich like many do at the time, rooms at Buffalo Statler were available at an extremely affordable price. The opening night price was as low as $1.50 for a guest room, leading to the catchy slogan "A Room and a Bath for a Dollar and a Half". Taken into the inflation, it would mean only $42.65 as in today's money!

Many hoteliers predicted the failure of Buffalo Statler, but to their surprise, the new business model has gained great success by attracting more common people with higher occupancies. The hotel had a $500,000 line of credit available back then, but never been used as it has maintained positive cash flow through its efficiency management. So successfully of Mr. Statler's management, the Hotel Statler Company was later sold to Conrad Hilton in 1954 for $111 million, which would be near $1.5 billion in today's money, marked as the absolutely world's largest real estate transition back then. 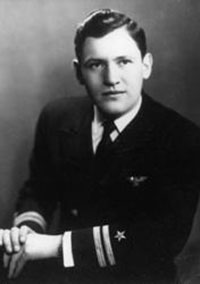 Mr. Jay Prizker, born in a Chicago-based business family, began to buy small companies when he was as early as 29. In 1957, while he was waiting for a flight at the Los Angeles International Airport, he went to a coffee shop named Fat Eddie's. Business-sensitive as he is, he noticed that Fat Eddie's shop is unusually busy and the hotel it was located in - Hyatt Von Dehn (named after the hotel's owner) - was for sale! On the spot, Mr. Pritzker sees this rare opportunity of first-class airport hotels and wrote his offer of $2.2million ($20.76 million in today's money) on a napkin. Little did he know, this "napkin purchase" marked the creation of the famous Hyatt Hotel chain. His bet turned out to be a great success, people would like to stay in a quality hotel in between flights and after long-haul, and subsequently, Hyatt began expanding its hotel portfolio near the airports of Los Angeles, San Francisco and eventually internationally. 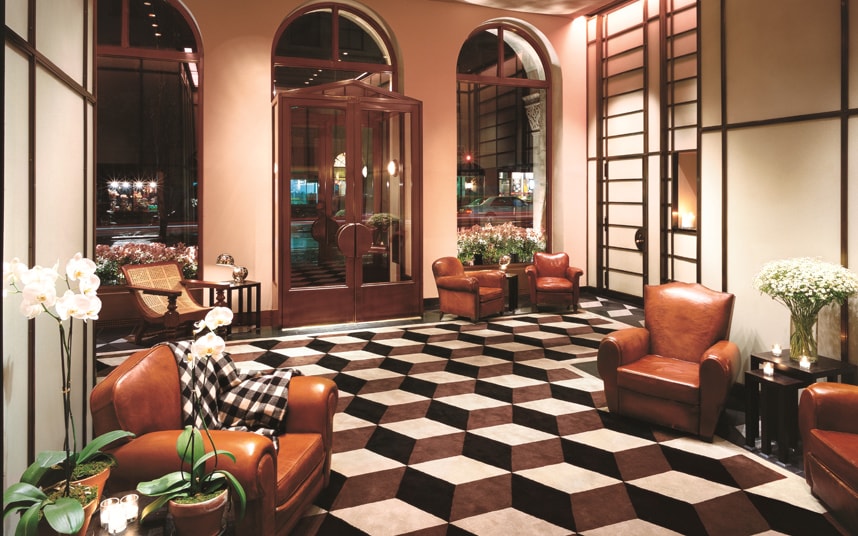 With more and more international hotel brands emerging in the industry, people are getting used to the familiar brand expectation when travelling. Until 1984, Ian Scharager and his business partner Steve Rubell opened their first hotel, Morgans. Genius as they are, realized a market of people who are craving to break the "norms" and "usual" when traveling. The boutique, unique and lobby socializing lifestyle hotel was introduced to the world for the first time, marking another milestone in the industry for diversity. 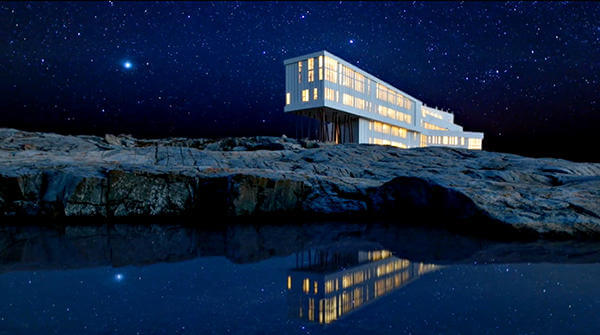 Coming into the 21st century, the awareness of sustainability also increased greatly. Younger generation is more inclined to pay for a hotel that supports society, environmental and sustainably causes. A perfect example is Ms. Zita Cobb, who synergizes this social awareness and creates Fogo Island Inn at Newfoundland. The hotel that offers153 local employment opportunities, was built on the principles of sustainability & respect for nature and reinvest operating profit back to the community. This beautifully product, attracts not only guests across the globe, but also leads an example for expressing society's voice.

What can the History of Hotel Teach Us…?

As our society enters a new normal after Pandemic, hotels also have a proven track record of being "innovative" and "adaptable". It can be a private and clean office for work, it can be the perfect staycation for family getaway, and it can continually provide value to people in difficult times.

In all retrospect, it is the people that make a successful hotel concept. A good hotel is like a good listener to the society's heart and voice. We, now, may be even more grateful of the human connection around us after Pandemic, and believe, as the history of hotel teaches us, a hotel that can truly listen and inspire people for deep connection between humans and environment, will be the future.