What COVID-induced changes in hospitality are here to stay?

As we approach the one‐year mark of the pandemic, I am reflecting on the year that changed hospitality, looking at the things that have been a case of survival and considering the changes that are for the better and likely to be around for the long‐te 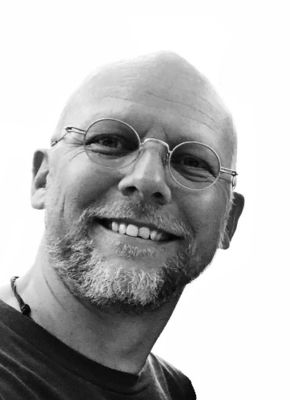 The pandemic has fast‐forwarded guest technology plans as hotels across the world have taken steps to minimize all possible touchpoints. The go‐to guest apps have been those that enable online or contactless checking in, menu lookups or digitally executing guest in‐room requests.

The Little National Hotel in Sydney, Australia, reports that they have operated on a completely cashless basis since the crisis began. As well as reducing touchpoints, this approach has streamlined their operations considerably, eliminating the need to manage cash change and balance tills.

Investment in guest technology is here to stay because it not only delivers efficiencies, but it also enables customers to spend less time waiting and more time indulging and enjoying the services. However, as staff remain thin on the ground, technology companies will need to continue to ensure that it adds value straight away and doesn't cause a distraction.

Changes to cleaning timetables and procedures

One of the most immediate departures from the norm at the arrival of the pandemic was the strategy to cut stay‐over cleans. Many hotels in the United States and Europe moved to a minimal cleaning model to reduce exposure for both guests and staff. This initiative, on the face of it, appears to not only decrease guest contact but it also appears to reduce the amount of housekeeping time required.

However, it has not always been that straightforward or a success. Many guests report that being left with a bedroom that is not refreshed daily detracts from the hotel experience, particularly where they have still paid a resort fee and half the other facilities are closed too.

One of our large resort customers in the U.S. reports that while they implemented a ban on all in‐room cleaning when a guest is in residence, the hotel intends to return to cleaning stayovers as soon as is feasible.

Without regular cleaning, the rooms are in a state that requires much more extensive cleaning at checkout, which in turn complicates turning the rooms fast enough. This strategy delivers on safety, but it doesn't necessarily deliver on guest expectations, cost savings or efficiency on balance.

By contrast, the five‐star Okada resort in Manila at no stage considered eliminating stayover cleans, because it simply would not be acceptable to do so within the region. In fact, they expect to continue with all extra cleaning and sanitization efforts for the foreseeable future to absolutely ensure that they are meeting their guests' expectations.

The extent to which cleaning techniques and strategies will remain in place will depend on the economics of balancing wages, which vary significantly from country to country, with an intimate knowledge of what guests in each region and each environment want. This will be locally driven, in line with manager judgements and listening to customers.

We estimate that a staggering 90% of hotels still run their operations with a pen and paper, and on closer inspection, our experience is that hotel groups with multiple sites generally see huge disparities when their manual operations processes are digitized and compared.

Being able to trace who has been where or making the best use of staff time is nearly impossible to manage on a manual basis, particularly as demand continues to surge in a very unpredictable way. Furthermore, offering the latest in‐room technology to request specific cleaning times or a light bulb change is useless if the back office doesn't support it.

An increasing number of hotels have turned to technology to control this, the largest controllable expense line item in the hotel. By fully understanding and automating schedules, they have been in a completely different position to manage things more effectively.

Similarly, hotel groups with hibernated rooms, floors and sometimes whole hotels have turned to clustering resources where a management team can run the operational teams at several properties at once from one location. It is an obvious strategy to help streamline costs but also to hold on to great staff that may not have access to their usual job. It is complicated though, and hotels that have attempted it without the right technology in place have found the economies of scale to be elusive.

One thing that is for certain is that housekeeping and cleaning are no longer back-office tasks. If you had said in December 2019 that the cleaners will soon become some of the most important, if not the most important, people in hotel operations, I am not sure the majority of people would have believed you.

Now, with adherence to cleaning protocols being the make or break of a hotel on the basis that people's health and wellbeing can be directly affected, it is most certainly front-of-mind. The question is whether over time it will shrink back to just being part of the normal infrastructure.

I don't think so. There is a new consciousness toward cleaning and operational touchpoints that will be with us for many years to come. But the winners will be the hotels that get the balance right between hotel staff and guests, enabling warm, seamless interaction - but at an arm's length.

*This article was first released on PhocusWire on 8 February 2021.

Soenke Weiss is a housekeeping evangelist and Founder of Optii Solutions. A passion for housekeeping management combined with a revenue management background has driven Soenke to create the world’s first and only housekeeping software solution focused on management of labour resources to drive profitability and guest experience.

Optii, headquartered in Austin, TX and with offices in London and Brisbane, is a hotel operations solution that leverages smarter technologies such as artificial intelligence, analytics, messaging and mobility to improve the efficiency and effectiveness of housekeeping and service delivery departments. Optii operates in real-time and allows hotels to streamline operations, reduce costs and enhance the guest experience in proven and tangible ways, without requiring capital expenditure and complex integrations. Optii is backed by Thayer Ventures and used by hotels across the world including La Cantera Resort & Spa and The Don Cesar in the United States, Okada Manilla Resort & Casino, Le Meridien, IHG and more. For further information about Optii Solutions, see: www.optiisolutions.com