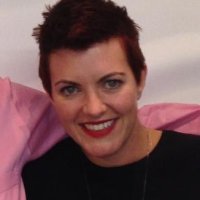 Gansevoort Hotel Group announces the appointment of Gemma Keating as Corporate Director of Sales. Keating will play an integral role in managing all sales and coordinating all marketing and public relations initiatives for Gansevoort Hotel Group’s portfolio of properties including Gansevoort Meatpacking NYC, Gansevoort Park Avenue NYC, Gansevoort Turks + Caicos and Gansevoort Dominican Republic. Keating comes to Gansevoort Hotel Group with vast experience in the sales and marketing industry, having represented an array of four and five star properties globally. Prior to joining Gansevoort, Keating served as the Director of Sales and Marketing of The Knickerbocker New York where she successfully developed the opening strategy and branding for the launch of the property. Keating’s experience also extends to other well-known properties in New York City. As the Director of International Sales at The Waldorf Astoria in New York, she exceeded standards, revenue goals and introduced the brand to international markets. Previously, Keating also served as the Director of Sales and Marketing at The Chatwal New York, managing branding and marketing activities, which paved the way for the successful launch and stabilization of the hotel. In her new role, Keating will oversee sales and revenue generation, identify new key markets and reinforce Gansevoort as an innovator within the industry. Originally from Ireland, Keating received her BA in Commerce from National University of Ireland, Galway. She resides in New York City.

7 September 2015 — Joel Freyberg has been appointed managing director of Gansevoort Park Avenue, the second location of Gansevoort Hotel Group in New York City. Freyberg began his tenure with the group in 2004 as part of the pre-opening team at Gansevoort Meatpacking, the brand’s flagship property, serving as Hotel Manager.
read more

14 July 2013 — In his new role as Hotel Manager, Jean-Francois will be responsible for all hotel operations, including staff management, recruitment and development, weekly payroll review, training, scheduling, and preparation of annual budgets, amongst other daily operational tasks.
read more

14 November 2012 — In his new role, Shindler will be responsible for the brand’s international expansion efforts,which will includemajor urban and resort markets throughout Latin America and the Caribbean.He will add significant value to each stage of the newproject life cycle and will contribute to the development of each project’s vision, as well as helpdrive long-term investment returns to ownership groups, development partners, and investors.
read more
More from Gansevoort Hotel Group
Map
Advertisements
Never miss a story again
Sign up for the HN360 daily newsletter
Media Kit – Submit Content
Advertisement
Advertisements