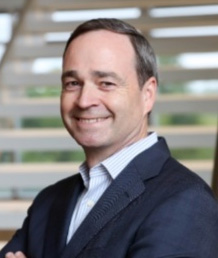 Choice Hotels International announced that its Board of Directors appointed Patrick Pacious as President and Chief Executive Officer, effective January 1, 2018. Pacious currently serves as President and Chief Operating Officer, and will succeed Chief Executive Officer Stephen Joyce. Joyce will continue in his role as CEO through the end of the year, after which he will assume the role of Vice Chairman of the Board. Pacious is expected to join the Board of Directors in September. Pacious joined Choice in 2005 and has created significant value for shareholders and franchisees. Under Pacious' direction, Choice built industry-leading global technology platforms that resulted in improved profitability and efficiencies for the company's franchised hotel owners. He has led strategies and innovative growth initiatives around brand, marketing, development, franchise services, revenue management and performance analytics. This includes the company's significant growth in the upscale segment with both Cambria Hotels and The Ascend Hotel Collection, as well as the successful transformation of the Comfort Brand. During his successful tenure at Choice Hotels, Pacious has held roles of increasing responsibility, was appointed Chief Operating Officer in January 2014 and additionally became President in May 2016. Previously, he held senior management consulting positions with BearingPoint and Arthur Andersen, during which time he was engaged on several projects for Choice, and is a former U.S. Navy officer.

Choice Hotels International, Inc. franchises approximately 6,200 hotels, representing more than 499,000 rooms, in the United States and more than 30 other countries and territories. As of December 31, 2012, 394 hotels, representing more than 31,000 rooms, were under construction, awaiting conversion or approved for development in the United States.
more information
Recent Appointments at Choice

21 November 2019 — Choice Hotels International, Inc. (NYSE: CHH), one of the world's largest lodging franchisors, has promoted Sarah Searls to the newly created role of chief customer officer. As part of Choice's ongoing commitment to its customers, Searls will maximize how Choice understands and listens to customers and will connect these valuable insights with strategy to create exceptional customer experiences and value to franchisees.
read more

5 November 2019 — In this expanded capacity, Ramírez will lead the financial and strategic long-range planning organizations for Choice's international division as well as the global financial planning and analysis and revenue assurance organizations.
read more