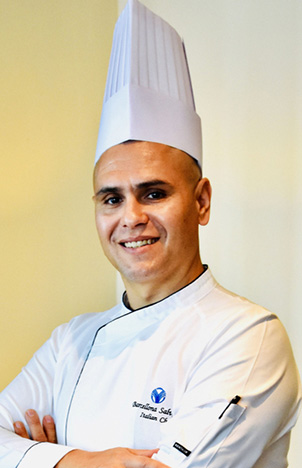 The Sicilian has worked in the Middle East since 2011, previously heading up the Italian restaurant in Radisson Blu Yas Island, Abu Dhabi before moving to Media Rotana in Dubai where he held the position of speciality chef at Prego's.

Barcellona says his ethos for working in the kitchen is based around transforming simple dishes into innovative culinary pieces.