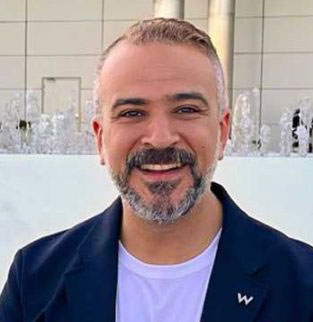 Mohamed was previously at the Sheraton Grande Tokyo Bay Hotel in Japan as assistant director of rooms. Here he handled over 1,000 keys and 250 team members, responsible for the entire rooms division, including front of house, housekeeping and fitness and recreation departments.

He had also spent a month at both the Ritz-Carlton Tokyo and Higashiyama Niseko Village (part of Ritz-Carlton) before that, gaining experience in the rooms and F& departments.

In fact, some of his earliest roles in hospitality were with Ritz-Carlton, working as a pre-opening front office manager for The Nile Ritz-Carlton in Cairo from 2014 to 2016, He later moved to Singapore as a brand ambassador for The Ritz-Carlton Millenia before shifting to the Ritz-Carlton in Koh Samui, Thailand as the front of house countdown trainer.

No stranger to the UAE, he also spent almost two years as front office manager for the Ritz-Carlton hotel in Dubai's JBR. While there, he led all cross-functional disciplines of the front of house, including the front office, call centre and club lounge.

14 October 2021 — Sheraton Dallas welcomes Jennifer Caldwell as the new Director of Group Sales. Caldwell began her career with Marriott 21 years ago and joins Sheraton Dallas from her previous position as Associate Director of Sales at Marriott Rivercenter & Riverwalk, where she led key members of the sales team and managed the Texas citywide market.
read more